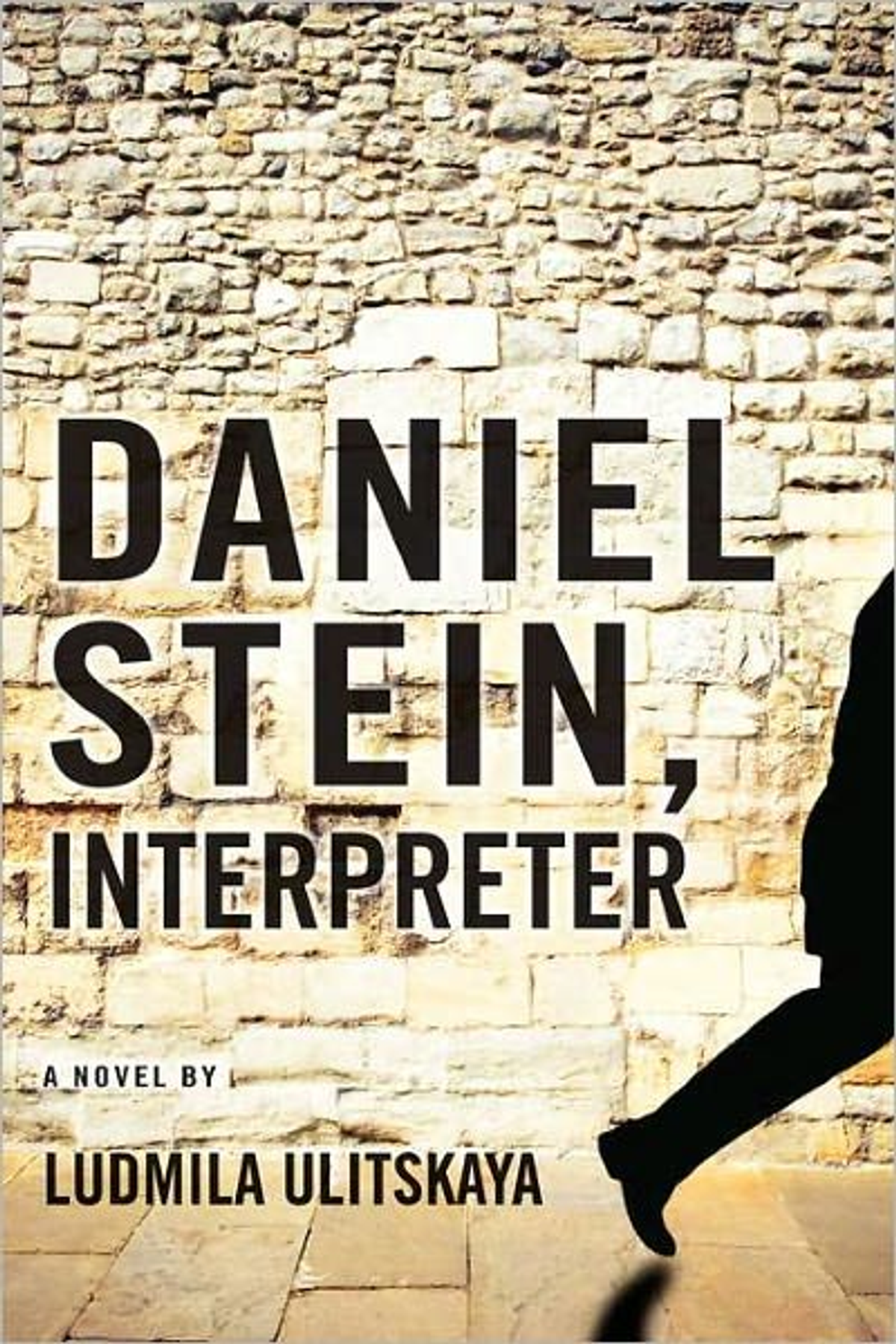 American readers in search of current literary views of Russia can find them in a sprinkling of new translations by edgy Moscow-based virtuosos such as Vladimir Sorokin and Victor Pelevin. They can find Russian sensibility once removed in the books of talented young authors who emigrated years ago and now write in English: Gary Shteyngart, David Bezmozgis, Lara Vapnyar, Olga Grushin. Or they can acquaint themselves with an internationally acclaimed writer who ought to be much better known here: Ludmila Ulitskaya.

An award-winning Russian novelist whose 14 works of fiction have been translated into many languages, Ulitskaya has until now only published four books in English; her most recognized title is likely the Manhattan-set novel "The Funeral Party," a nominee for the 2009 Man Booker Prize. "Daniel Stein, Interpreter" was published five years ago in Russia and is now available in English through a marvelous translation by Arch Tait. With its multilingual title character who seeks to use his translating gifts to reconcile and unify as well as to communicate, it might be the perfect introduction to Ulitskaya's big talent.

Her new novel takes its inspiration from a real-life figure, Oswald Rufeisen, a Polish Jew who survived the Holocaust with a mix of ingenuity, daring and preposterous luck. He fled first to Lithuania and then to Belorussia, where he was arrested multiple times and saved by a number of people, from an ordinary farmer to an SS major. Posing as a gentile, he worked as a translator for the Gestapo in a small Belorussian town, where he also secretly managed to liberate hundreds of Jews from the local ghetto before the remaining unfortunates were rounded up and shot. He fled again and hid in the attic of a nunnery, on one occasion impersonating one of the sisters to avoid Nazi scrutiny, and then joined a brigade of partisans in the forest, with which he remained until the Red Army liberated Belorussia in 1944.

Just as remarkable as this survival tale, though, is what Rufeisen chose to do when the war was over. He returned to Poland, converted to Catholicism, became a Carmelite monk and moved to Israel, where he attempted to build an ecclesiastical bridge between Jews and Christians. Transformed into Brother Daniel, this former youth-movement Zionist became the charismatic and deeply unconventional spiritual leader of a motley community of emigres and outcasts on Mount Carmel in Haifa, all of them seeking an essential connection with a Jewish Jesus Christ.

Ulitskaya remains pretty faithful to the broad outlines of Rufeisen's story while taking artistic liberties with the details. "Most of the novel's characters are fictitious, at least in part," she writes in her foreword, since "the intention has been to allow the truth of literature to transcend the truth of mundane reality." This the novel does, quite brilliantly, and its success belongs to the author's audacious choice to structure it as a series of documents -- letters, diary entries, sermons, newspaper reports, police archives, transcribed conversations, etc. -- rather than a straightforward narrative. The arrangement works for two reasons. First, as the Holocaust moves farther away from us in time, it's more and more an event we can approach only through documents; Ulitskaya's presentation both acknowledges this inevitability and breathes new life into a subject that has moved away from eyewitness accounts toward imaginative re-creations. Second, by requiring readers to spend time making sense of these fictitious documents as a coherent story, Ulitskaya makes us actively complicit in the story itself, and thus more willing to reflect on its mysteries, an effect in keeping with Elie Wiesel's famous observation: "Whoever listens to a witness becomes a witness."

Again and again, through the unsentimental miscellany of this novel in documents, Ulitskaya makes the improbable believable. Why would Daniel, after suffering the horrors of this monstrous historical cataclysm, run toward faith rather than away from it, and toward a faith that has resonated with so much hostility in the minds of many Jews? How could his modestly utopian quest to build a house of worship modeled on the first Christian church in Jerusalem attract any attention in modern Israel, ground zero for every brand of religious extremism and Jerusalem-syndrome-afflicted nut jobs? Yet through the slow unfolding of Ulitskaya's composite storytelling, an entirely convincing portrait of Daniel emerges: we have complete faith in his character, if not in his beliefs.

This is true as well for the many other characters who wander through the book. Some are either firm atheists or devout conformists; but many of them, like Daniel, are wayfarers perched on a threshold between conventional forms of religious identity. Among them are an Arab Christian from a family of Muslims in Israel who's in love with a German girl; a fanatical Soviet Communist who makes a late-life conversion to Anglicanism; a former nun in Vilnius who fails to find a place for herself in both Catholic and Eastern Orthodox churches; and a Moscow translator of Christian literature for samizdat who struggles toward ecumenicism. Through these characters, Ulitskaya suggests that spirituality might be sought not only through certain faith but also in this liminal, in-between state: a crossroads may be more an opportunity than a predicament.

With touching vulnerability, Ulitskaya inserts herself occasionally into the narrative as a character at her own artistic crossroads, inventing letters to a friend in which she confesses her doubts about the value of her novel-in-progress. Such doubts are a necessary byproduct of risk, and Ulitskaya is nothing if not a risk-taker. A former geneticist, she lost her scientific credentials in the 1970s for printing a banned novel at her lab, and now, with this latest literary enterprise, she's bold enough to take on the thorny subject of Jewish identity where other Russian writers would not dare. Taking her lesson from Brother Daniel, who translated his hopes for mutual understanding into many languages, Ulitskaya writes in the last of her novel's confessional letters: "I recognize that what you believe doesn't matter in the slightest. All that matters is how you personally behave."