Cain vs. Romney on Muslims 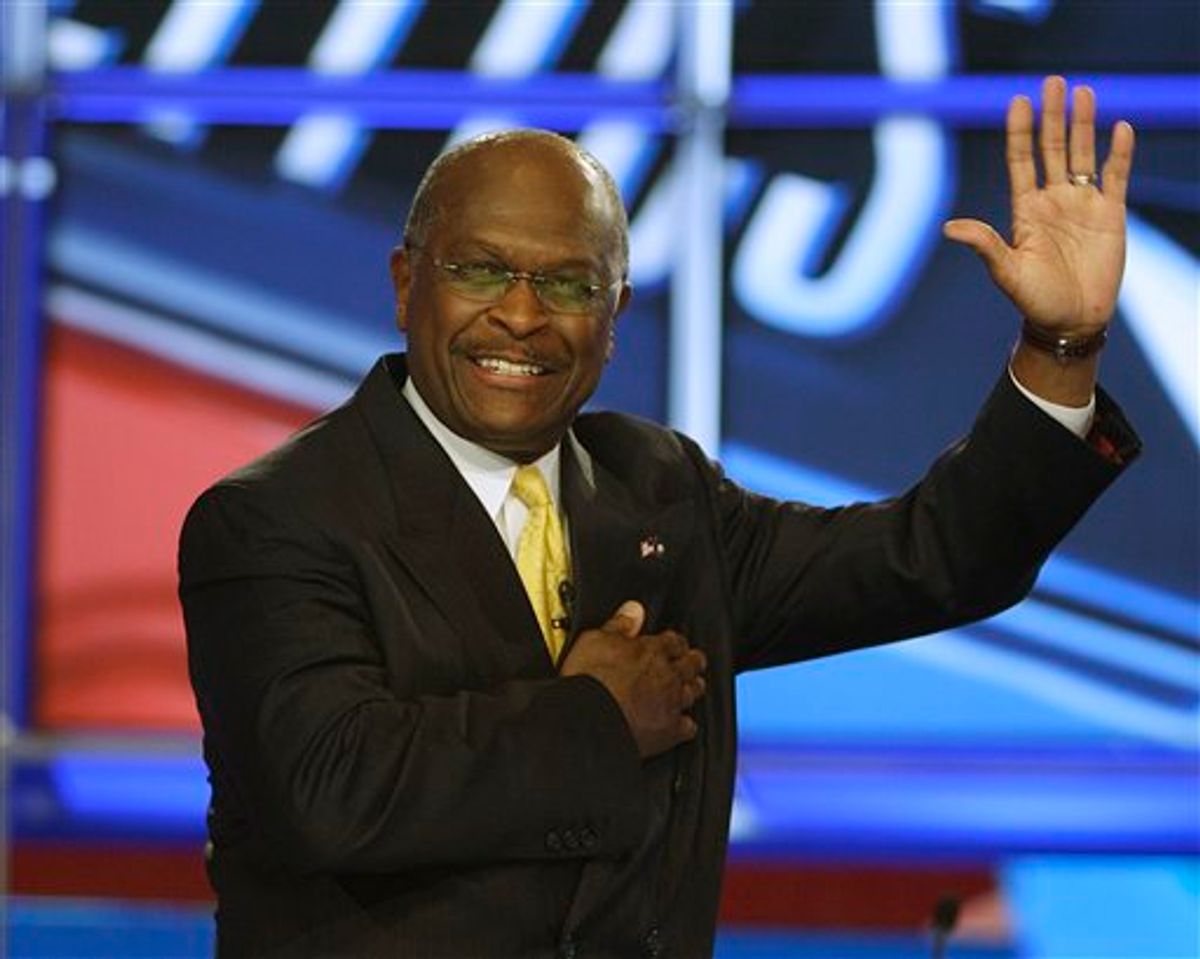 Herman Cain last night again refused to fully back away from his now-famous statement that he would not be comfortable appointing a Muslim to his cabinet.

His response to a question about that stance was fairly muddled, but the bottom line seemed clear: he would apply special scrutiny to potential Muslim appointees in a future Cain administration.

Said the former Godfather's Pizza CEO to CNN's John King: "I would ask certain questions, John. And it's not a litmus test. It is simply trying to make sure that we have people committed to the Constitution first in order for them to work effectively in the administration." At one point Cain also explained his view that "you have peaceful Muslims and then you have militant Muslims, those that are trying to kill us."

King then swung around and asked Mitt Romney -- himself the member of a minority religious group -- his view. Romney made clear that he's going to be the adult in the field on this issue:

Well, first of all, of course, we're not going to have Shariah law applied in U.S. courts. That's never going to happen. We have a Constitution and we follow the law.

No, I think we recognize that the people of all faiths are welcome in this country. Our nation was founded on a principal of religious tolerance. That's in fact why some of the early patriots came to this country and we treat people with respect regardless of their religious persuasion.

Obviously, anybody who would come into my administration would be someone who I knew, who I was comfortable with, and who I believed would honor as their highest oath -- their oath to defend and protect the Constitution of the United States.