Tunisia's ex-president to be tried in absentia 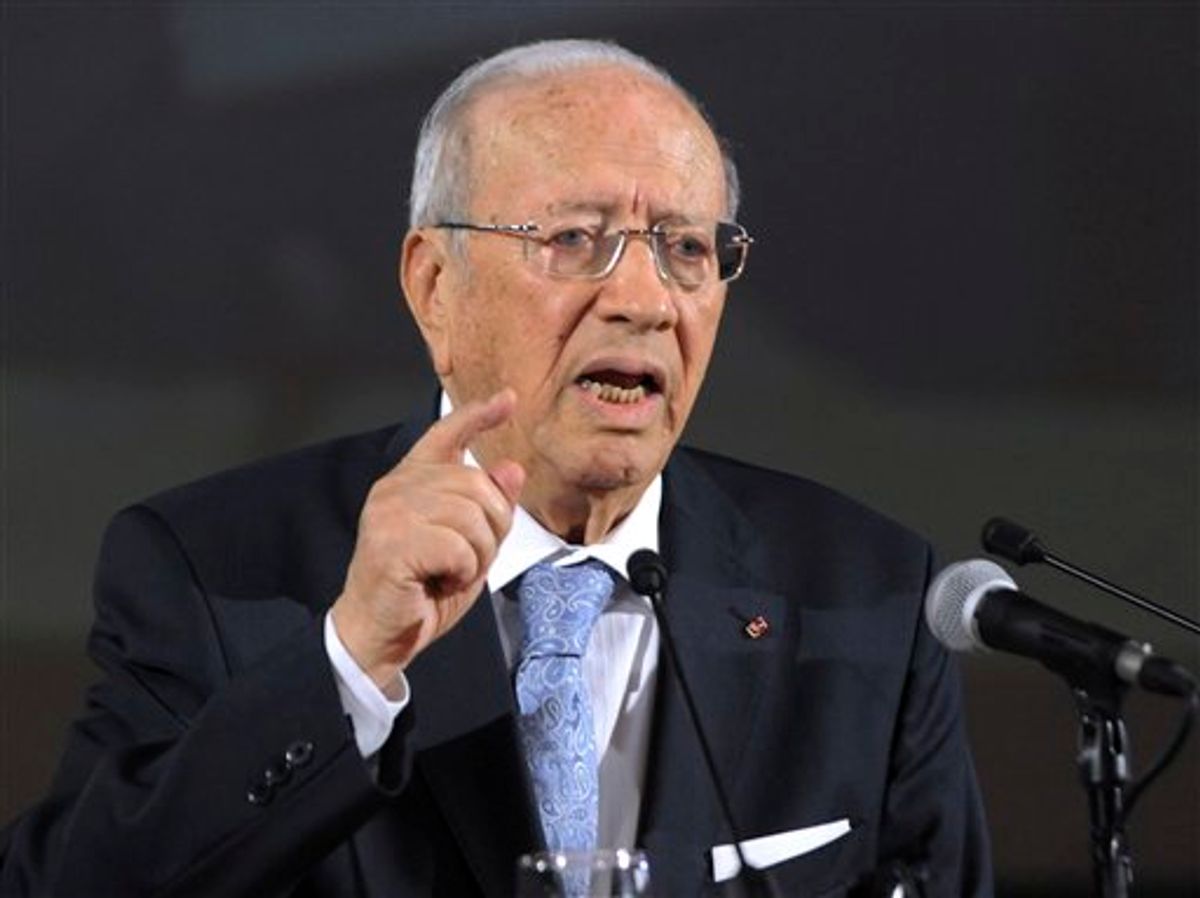 Tunisia's prime minister says the deposed president will be tried in absentia on June 20 in civil and military courts.

Prime Minister Beji Caid Essebsi told the Arabic Al-Jazeera news channel that the president was wanted on 93 counts on charges ranging from abuse of power and embezzlement to drug trafficking.

Military courts will handle 27 of those charges, the state news agency reported.

Earlier statements from the Ministry of Justice said the first trial will focus on drugs and weapons found at the presidential palace in Carthage.

The next one will be over $27 million (euro18.69 million) in jewelry and foreign currency found in another palace.

Zine Abidine Ben Ali ruled Tunisia for 23 years until a monthlong popular uprising forced him to flee to Saudi Arabia on Jan. 14.