It's a real thing! 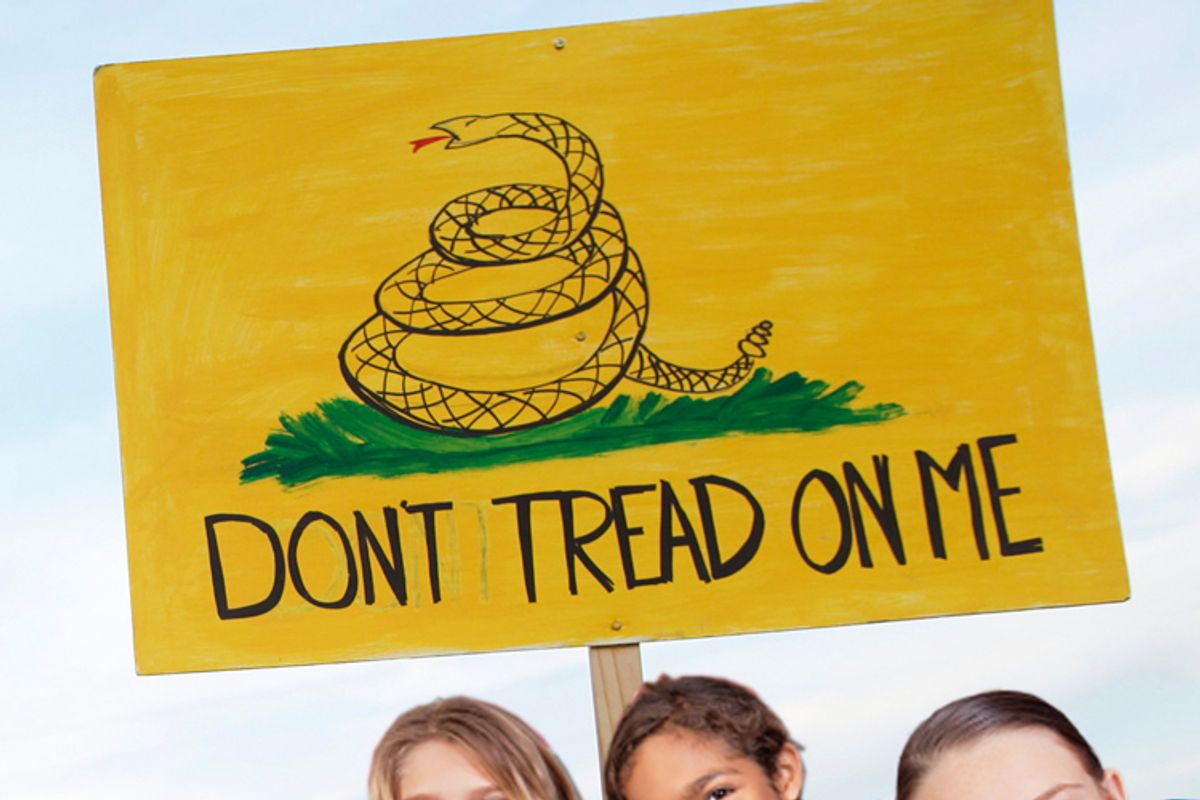 The St. Petersburg Times (via digby) has the amazing story of the 912 Project's "Tampa Liberty School," a liberty-themed "weeklong seminar" for schoolchildren ages 8-12.

If there's one thing conservatives enjoy more than accusing liberals of doing the horrible things that conservatives actually do, it's imitating the horrible things they have convinced themselves that liberals do. They convince themselves that the liberal media is an anti-conservative smear machine with no regard for the truth, and that the only purpose of journalism and art is propaganda, and so they create "BigJournalism.com." They convince themselves that liberals are using public schools to indoctrinate our children into worshiping Barack Obama, and so they start a Tea Party Summer Camp, where our children will be properly indoctrinated into loving liberty.

At Tea Party camp, conservative writer Jeff Lukens will teach your children to say things like "America is good" and "I work hard for what I have and I will share it with who I want to. Government cannot force me to be charitable." (That is a mouthful for an 8-year-old!)

I can't even write jokes about what the children will do at this camp, because the Tea Party people have predicted all of the jokes and made them real:

One example at Liberty: Children will win hard, wrapped candies to use as currency for a store, symbolizing the gold standard. On the second day, the "banker" will issue paper money instead. Over time, students will realize their paper money buys less and less, while the candies retain their value.

"Some of the kids will fall for it," Lukens said. "Others kids will wise up."

Another example: Starting in an austere room where they are made to sit quietly, symbolizing Europe, the children will pass through an obstacle course to arrive at a brightly decorated party room (the New World).

Red-white-and-blue confetti will be thrown. But afterward the kids will have to clean up the confetti, learning that with freedom comes responsibility.

Still another example: Children will blow bubbles from a single container of soapy solution, and then pop each other's bubbles with squirt guns in an arrangement that mimics socialism. They are to count how many bubbles they pop. Then they will work with individual bottles of solution and pop their own bubbles.

"What they will find out is that you can do a lot more with individual freedom," Lukens said.

What will children buy at the "store" if they already have candy, though? Is that the lesson? I'm so bad with candy-economics. (CASH4CANDY WILL PAY TOP DOLLAR FOR YOUR LOOSE CANDY!)

I have some really good ideas for other Tea Party Summer Camp activities:

See y'all at Tea Party camp!