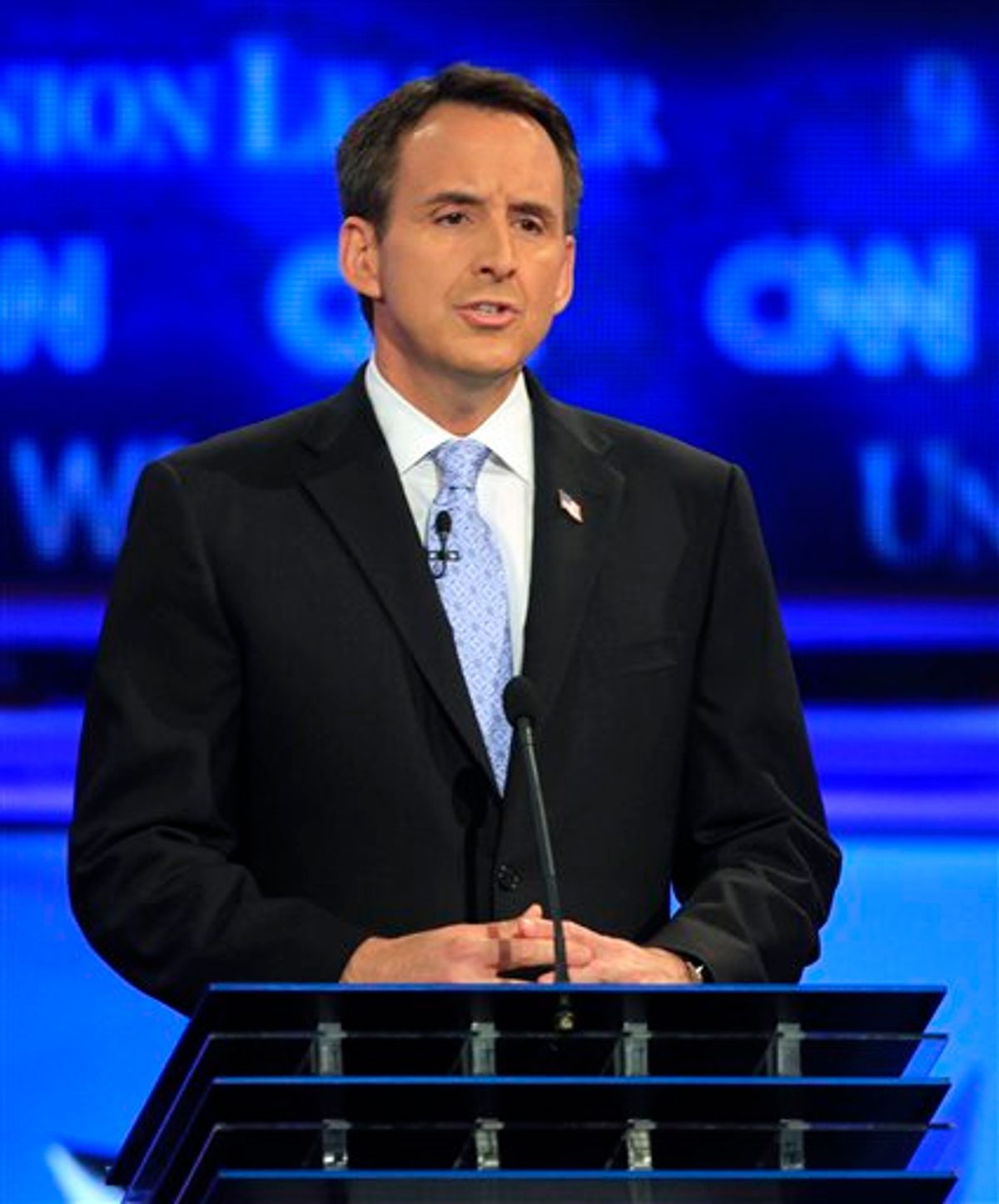 The former Minnesota governor tells CBS's "The Early Show" that he kept up his attack on the Romney health care program for Massachusetts in the debate among seven Republicans competing for the party's presidential nomination. On Sunday, Pawlenty had likened Romney's health care to the one pushed through by President Barack Obama, calling it "Obamneycare."

On Tuesday, Pawlenty said he didn't try to soft-pedal the issue in debate. Pawlenty did tell CBS he used the "Obamneycare" reference again "when pressed by the moderator." He repeated his charge that Obama used Massachusetts as "the blueprint" for the plan that he and fellow Democrats pushed through Congress.