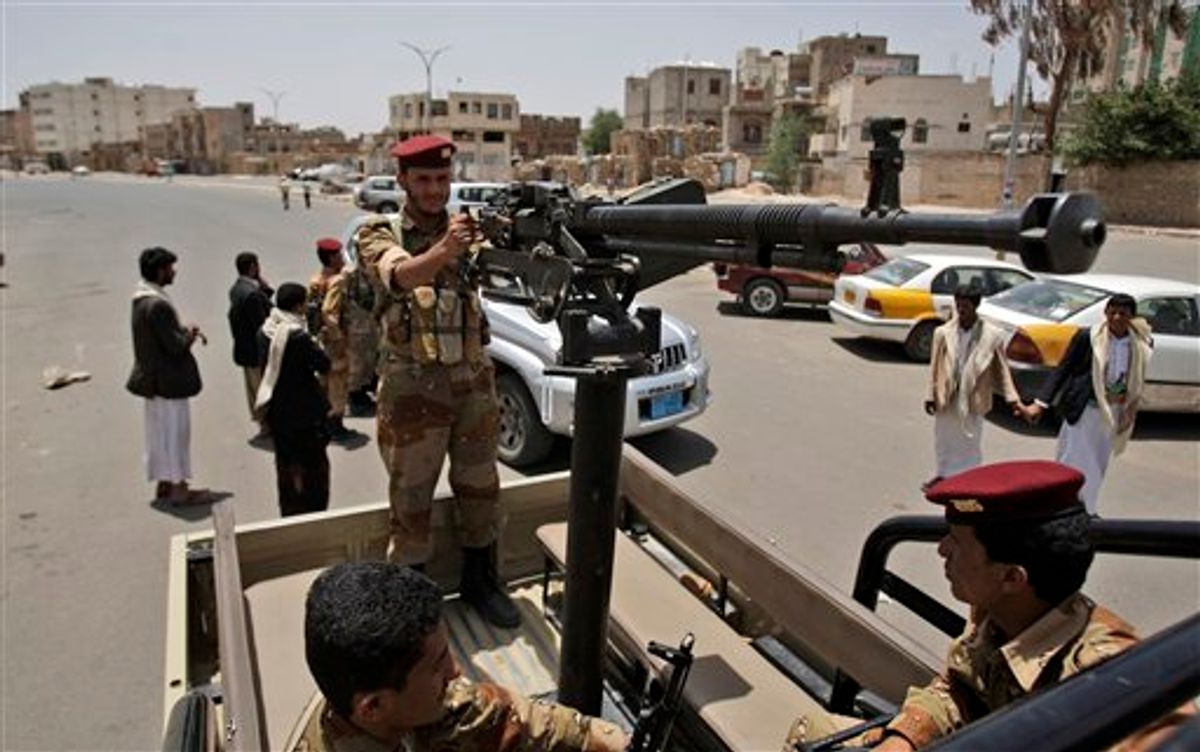 Why is this important? As we noted last week, U.S. military drone strikes are nothing new in Yemen; the shift to include CIA patrols alongside those of the military unmanned aircraft points to growing concern about the tumultuous region -- that al-Qaida operatives could gain purchase in the power vacuum as opposition groups continue deadly fights with government forces loyal to President Ali Abdullah Saleh's oppressive regime.

What is new here? The Obama administration's decision to deploy CIA-operated unmanned aircraft suggests a concern that military operations alone will not suffice now that the Yemeni government has shifted resources to fighting for its own survival as opposed to battling al-Qaida. And as the Washington Post notes, "the CIA may have greater latitude to carry out strikes if the political climate shifts in Yemen and cooperation with American forces is diminished or cut off."

Crucially, whereas previous military drone strikes were carried out only with the approval of the Yemeni authorities, new CIA activity will not be predicated on such approval.

What are critics saying? Plans for Yemen echo the unmanned drone program used by the CIA in Pakistan, which has incurred a litany of criticism over the years. An opinion piece on Al-Jazeera.net by sociologist Muhammad Idrees Ahmad points to the inaccuracies of the reports on drone stikes' successes: that where a neoconservative think tank lists al-Qaida operatives in a drone strike body count, local Pakistani news reports found predominantly civilians and neither narrative gets verified. Ahmad notes on the increased use of drones that there is a "routine exaggeration of its accuracy and a downplaying of its human cost."

Should the Obama administration be able to permit such action without congressional approval? Mother Jones' Kevin Drum argues that since the U.S. is not fighting a war in Yemen it is difficult to find a military theory to justify their ongoing campaign. Drum emphasizes the fact that Congress is considering an extension of the 2001 Authorization to Use Military Force (AUMF) act to allow the president to order attacks on groups not originally included in the 2001 AUMF, highlighting -- as has been the case for a while -- that the U.S.'s global military engagements do not work within traditional notions of warfare (i.e. the binary of being "at war" or "not at war" with a given nation simply does not apply).