I pulled a Playboy Bunny stunt on my dad

At 10, I thought dressing up in sexy clothes and jumping out of his birthday cake would impress him. It didn't 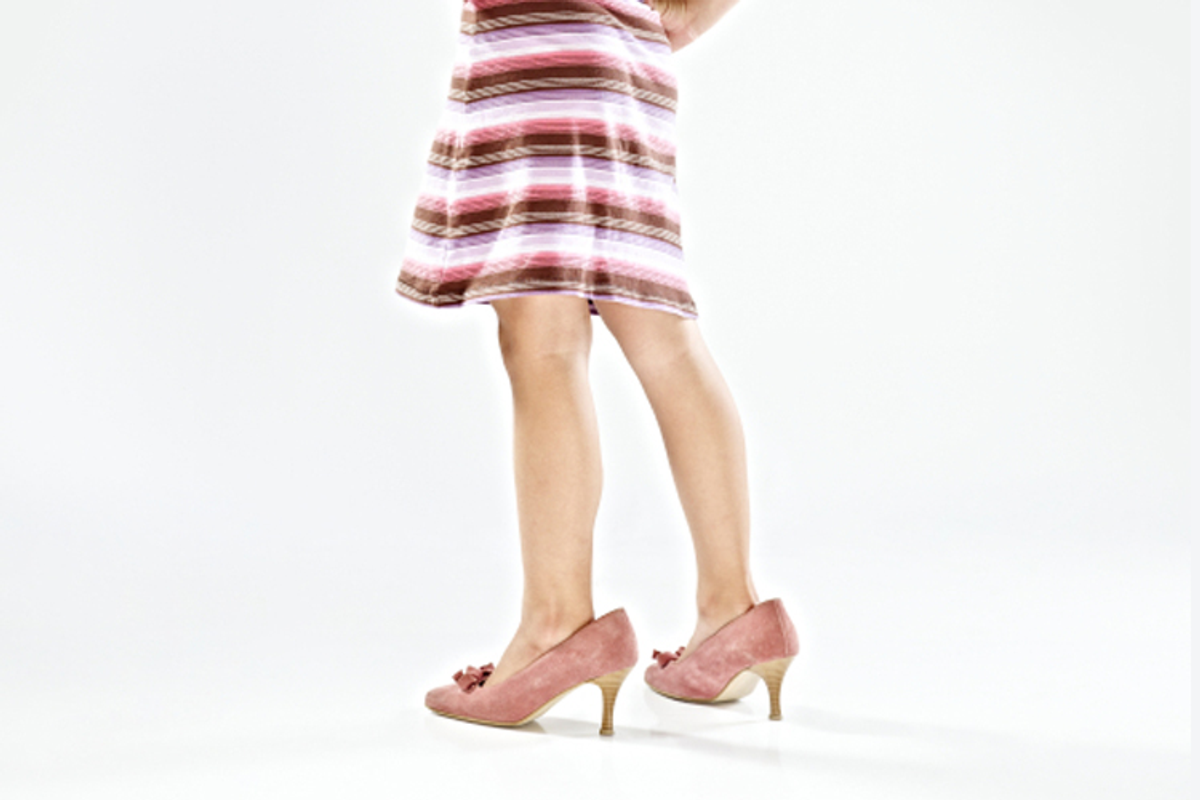 It's hard to say why I thought my dad would love me more if I was sexy.

But with him gone all the time and my mom, my two sisters and me all vying for his attention, I knew I was going to have to do something big to get noticed. And what could be bigger than jumping out of a cake in a string bikini?

I'd watched a Playboy Bunny do this on TV a few days earlier and it was the first thing that popped into my 10-year-old mind when Dad called to say he would be home for his birthday.

I didn't own a string bikini and had no clue how to make the trick cake that was used on TV. But I concocted a modified version that I was certain would elevate me to favorite-child status.

Early on the morning of Dad's late summer birthday, I recruited my 8-year-old sister, Heidi, to help me make a chocolate cake. Dad wasn't due home until 4 p.m., but I wanted to make sure there was plenty of time to execute my plan.

"What I want you to do is wrap me in a box with the cake and then I'll jump out and surprise him," I told her while we frosted the cake and carefully arranged 37 candles.

I spent hours getting ready. As a young Mormon girl, a bikini of any sort was out of the question. But I dressed in the most revealing outfit I owned, a strawberry-patterned terry-cloth shorts and halter top outfit my cousin had recently donated. I brushed my long auburn hair until it was smooth and glossy, and softened my lips with Vaseline. I even sneaked a little of Mom's mascara to make my eyes pop.

To substitute for the confetti the girl in the bikini used, I convinced Heidi to help me cut up the Sunday paper into thin strips. We then headed to the cellar to retrieve the cardboard box Mom used to haul around her canning bottles. Together, we dragged the box up the wooden stairs and positioned it near the front door.

At 3:30 p.m., I climbed in. The box was just big enough for me to sit down in if I pulled my knees into my chest. Heidi handed me the cake pan, which I balanced on my knees. Then she shoved the newspaper strips into the cracks on either side of me.

Once that was done, she set to work wrapping the box.

"Hurry up," I urged from behind the cardboard walls. "He's going to be here any minute."

Heidi finished wrapping just before 4 p.m. and went to hide in the living room.

My legs started to cramp and the air in the box turned hot and clammy.

She ran to Mom's sewing room, grabbed a pair of scissors and punched holes in the back of the box. Then she headed back to her hiding spot.

We waited. There was no sign of my dad.

After an hour and a half, Mom announced that she and the other kids were going to the neighborhood block party for some sloppy Joes. I loved sloppy Joes and had been looking forward to the party all week.

"OK. I'll be over in a few minutes -- just as soon as Dad gets here," I called from inside the box.

Time slowly ticked away. To keep me company, Heidi came out of her hiding spot and sat next to the box. We talked about the surprised look on Dad's face when he opened his present.

Another half-hour passed before the phone rang. Heidi ran to answer it. It was Dad.

Heidi decided this would give her plenty of time to head across the street for some food. I envisioned all my neighbors laughing and having a good time. Along with the sloppy Joes, I knew there would be potato chips and orange soda -- food we were never allowed to eat at home.

As I heard the door shut behind Heidi, I ignored my growling stomach and focused my thoughts on Dad and on how happy I would make him.

Sweat rolled down my back and I could feel the newspaper strips sticking to my legs. I wiggled my feet to keep them from falling asleep.

Heidi returned after a few minutes. The block party ended soon after and Mom, my 13-year-old sister, Connie, and my 5-year-old brother, Jacob, came home as well.

"What are you doing?" Connie asked as they filed past the box. I could feel her eyes rolling in her head.

Heidi punched a few more holes into the back of the box so I could breathe more easily. Finally, at 7 p.m., Dad arrived.

"Hi, Dad," Heidi said the moment he opened the door. "Open your present."

I was dripping with sweat and my hair was matted against my face. The chocolate frosting had melted and dark smudges of ink from the newspaper confetti covered my thighs.

"Surprise!" I yelled as I struggled to stand up.

A long second of silence followed. The room was so quiet I could hear my heart beat.

I heard the hesitation in his voice as he eyed both me and the cake. I was suddenly mortified by my bare stomach and sweaty, ink-covered body. I didn't need a mirror to know how ridiculous I looked. I saw it in Dad's face.

"I tell you what," he said, pushing past me as he spoke. "I have to make a quick phone call and then we'll eat."

I watched him head for the kitchen, leaving me standing in the box with the cake and confetti. Heidi trailed behind him, anxious to distance herself from the spectacle she had helped create.

My face flushed with shame. For a minute, I was too stung to move. I just stood there in my sweaty, inky mess. I could feel the tears welling up but I refused to let them come. I didn't want my family to see the extent of my humiliation.

I waited for a few minutes to pull myself together. Then I carefully climbed out of the box with the cake, forced my mouth into a smile and headed for the kitchen.