A taste of Burning Man in the Balkans 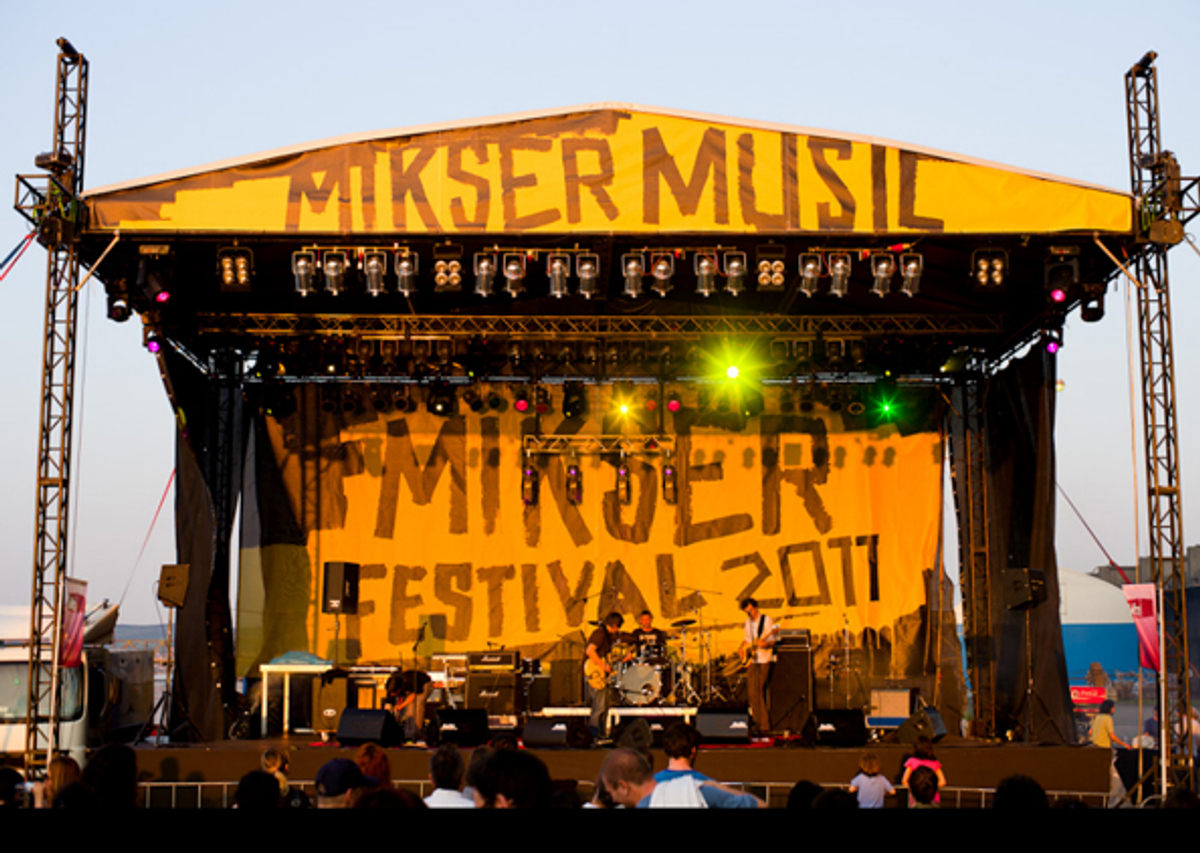 A band performs at the Mikser Festival's main stage
--

At the end of May, at almost exactly the same time that Ratko Mladić was being arrested for heinous war crimes and rioting was breaking out in the streets of Belgrade, one of the more impressive arts festivals was taking place right down the road at a sprawling industrial complex where the Sava and Danube rivers meet.

Part design conference, part music festival, part lecture circuit, with a dash of Ren Fair and a pinch of Burning Man, the annual Mikser Festival is a truly awe-inspiring gathering dedicated primarily to the arts -- and artists -- of the Balkans. The week-long festival, now in its third year, is free to the public and brings together some of the region's most well known actors, artists, designers, activists, filmmakers, and musicians to celebrate and encourage creativity in its many forms.

Under the imposing watch of the tall gray wheat silos that serve as both the iconic backdrop for the festival and home for local artists' work (not to mention a screen for an array of animated magic during the nighttime festivities), the organizers pack an ambitious amount of activities for attendees to enjoy. One could argue that it borders on an overwhelming amount, but one would not do that in front of the sturdy Serbs, who seem to have an almost superhuman constitution and would mock any visitor for suggesting it. In fact, designer Mirko Ilić, who invited me to the festival, must have spoken at 10 different events, panel discussions, and book signings over five days without batting an eyelash.

And it's a good thing, because to attend the Mikser Festival one needs a healthy mix of stamina and interests as the event's ambitions go beyond simply fostering creativity. The region's economic woes have necessitated a societal effort to nurture creativity as a marketable commodity. As the Mikser website states, "one of these project's main objectives is to bring the attention of the manufacturers, media, and the public to our domestic and regional creative potential, and to encourage industries to engage experienced and promising local designers in their business enterprises."

For all the political and economic upheaval of the region, the world should take note that the Balkans possess a formidable dose of artistic talent as well as a firm commitment to the arts. Don't be surprised to see that part of the world emerge as a leading voice in visual culture in the not too distant future.

The many disciplines covered at the Mikser Festival.

Mikser is a multidisciplinary, multicultural platform that aims to affirm the cultural industry of the region and organize the largest regional festival of creativity.

Mikser is a non-for-profit network of professionals and enthusiasts involved in production of various trans-cultural projects dedicated to the development of creative economy in Serbia and the region. Mikser organizes competitions, exhibitions, cultural events, conferences, educational courses and lectures. The results of Mikser's collaborations are projects that establish dialog between contemporary global tendencies and local creative scene and industries.

The array of 100-foot-tall grain silos at the festival's center camp. Photo by Luka Knezevic-Strika.

The silos at night. Photo by Sanja Stojanovic

One of the many animated scenes projected on the silos. Photo by Sanja Stojanovic.

One of the many art installations inside the grain silos. Photo by Aaron Kenedi.

A map of former Yugoslavia made out of rusted auto parts. Photo by Aaron Kenedi.

One of the many educational sessions at the Mikser Festival. Photo by Luka Knezevic-Strika.

Thousands flock to a concert at the main stage. Photo by Luka Knezevic-Strika.

A fisherman enjoys some peace and quiet on the Danube. Photo by Sanja Stojanovic.