Linchpin in hunt for bin Laden back with al-Qaida

Bush administration released Hassan Ghul from a secret CIA secret prison in 2006, under pressure from Pakistan 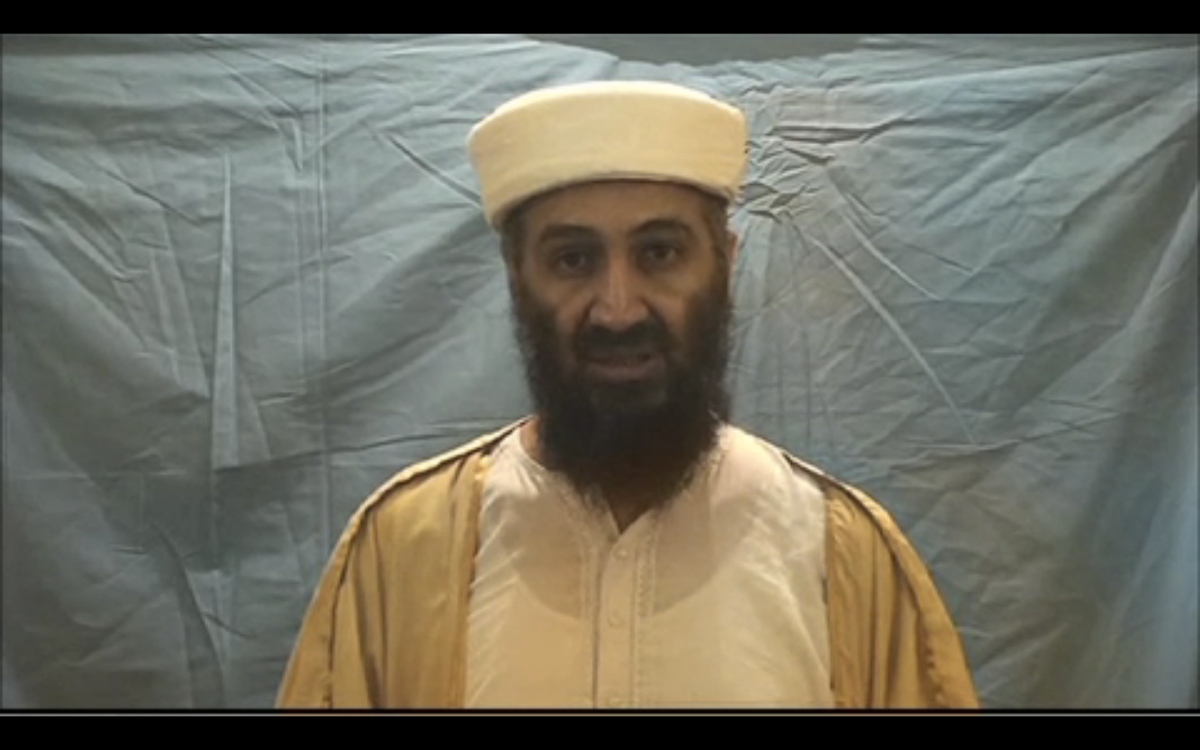 The terrorist described as the linchpin in the hunt for Osama bin Laden has rejoined al-Qaida after the Bush administration released him from a secret CIA secret prison under pressure from Pakistan, according to former and current U.S. intelligence officials.

Shortly after the CIA decided to close the secret prisons, the U.S. intelligence agency returned al-Qaida operative Hassan Ghul in 2006 to his native Pakistan, which had been demanding his release since his capture about two years earlier.

Pakistan held Ghul for at least a year before he was released, eventually making his way back to al-Qaida to help with operations against the U.S., the officials said, speaking on condition of anonymity because details about Ghul's case remain classified.

Pakistan's decision to free Ghul, a midlevel al-Qaida operative, is yet another troubling revelation in a time when the U.S. is rethinking its relationship with the Pakistan and whether it can be a trusted ally in the war on terror. Members of Congress have talked about ending aid to Pakistan after bin Laden was found inside Pakistan, hiding out in an urban area not far from a military garrison. Last week, CIA Director Leon Panetta confronted Pakistan's intelligence service about tipping off militants running bomb factories aimed at killing U.S. soldiers in Afghanistan.

On Tuesday, a U.S. official said Pakistan's intelligence service had arrested the owner of a safe house rented to the CIA to observe bin Laden's compound before the U.S. raid that killed him. And a Western official in Pakistan confirmed a New York Times report that five of the Pakistani informants who fed information to the CIA before the May 2 raid were arrested by Pakistan's top military spy agency. The officials spoke on the condition of anonymity to discuss sensitive intelligence matters.

Ghul's return to Pakistan also raises questions about how the Bush administration, which was committed to keeping arguably less dangerous detainees locked up at the U.S. prison at Guantanamo Bay, Cuba, could hand over the man who provided the key information about bin Laden's trusted courier, intelligence that this year led to bin Laden's death at the hands of U.S. commandoes.

The move frustrated and angered former CIA officers, who at the time believed Ghul should have been moved to Guantanamo along with 14 other high-value detainees like Abu Zubaydah, a major al-Qaida facilitator, and Khalid Sheikh Mohammed, the mastermind of the 9/11 attacks.

A U.S. official said Pakistan made promises that it would hold Ghul, only to let him go and re-establish contact with al-Qaida. A senior Pakistani intelligence official said he had no information about Ghul.

Former CIA officials say Ghul was part of Zubaydah's clandestine network of moneymen and couriers. The CIA had been pressing Pakistan to arrest Ghul for years and later learned after 9/11 he had been hiding at safe houses in the Lahore area belonging to the terrorist group, Lashkar-e-Taiba, which was behind the 2008 Mumbai attacks.

But Pakistan's spy service, the ISI, refused pick up Ghul.

When the CIA figured out that Ghul was traveling to meet with al-Qaida operatives who had gone to Iraq after the 2003 invasion to fight the U.S., the agency decided to act. In a joint operation with the Kurds, Ghul was nabbed in northern Iraq in January 2004, former CIA officials said. Pakistan was furious when it learned the CIA had Ghul and pressed the U.S. to return him.

Instead, Ghul was taken to Bagram Air Base in Afghanistan but was later removed over questions about whether the transfer was legal, former CIA officials said. Ghul then was taken to a CIA "black site" -- a secret prison -- in Eastern Europe and provided information about bin Laden's most trusted courier before he was exposed to harsh interrogation techniques. Ghul's information later allowed the CIA to realize that finding the courier probably would lead to bin Laden.

Former CIA officials said in the rush to close the secret prisons, the U.S. was looking for ways to get rid of some of the remaining two dozen or so detainees in the agency's now-defunct interrogation and detention program. With Pakistan offering to take Ghul, U.S. officials figured they could build some good will by giving him back, and the CIA had the ISI's pledge that he wouldn't go free.

It's not clear why Pakistan wanted Ghul back so badly, but former CIA officers who targeted Ghul said he had ties to the Lashkar-e-Taiba terror group, which had the backing of ISI.

Little is known about Ghul's movements after he was sent back to Pakistan. At an undisclosed location in Pakistan, Ghul talked with a British detainee named Rangzieb Ahmed who was held in an adjacent cell. Ghul told Ahmed that he had been held in a secret CIA location for 2 1/2 years and had also passed through Morocco.

Ahmed said the last time he saw Ghul was in January 2007.