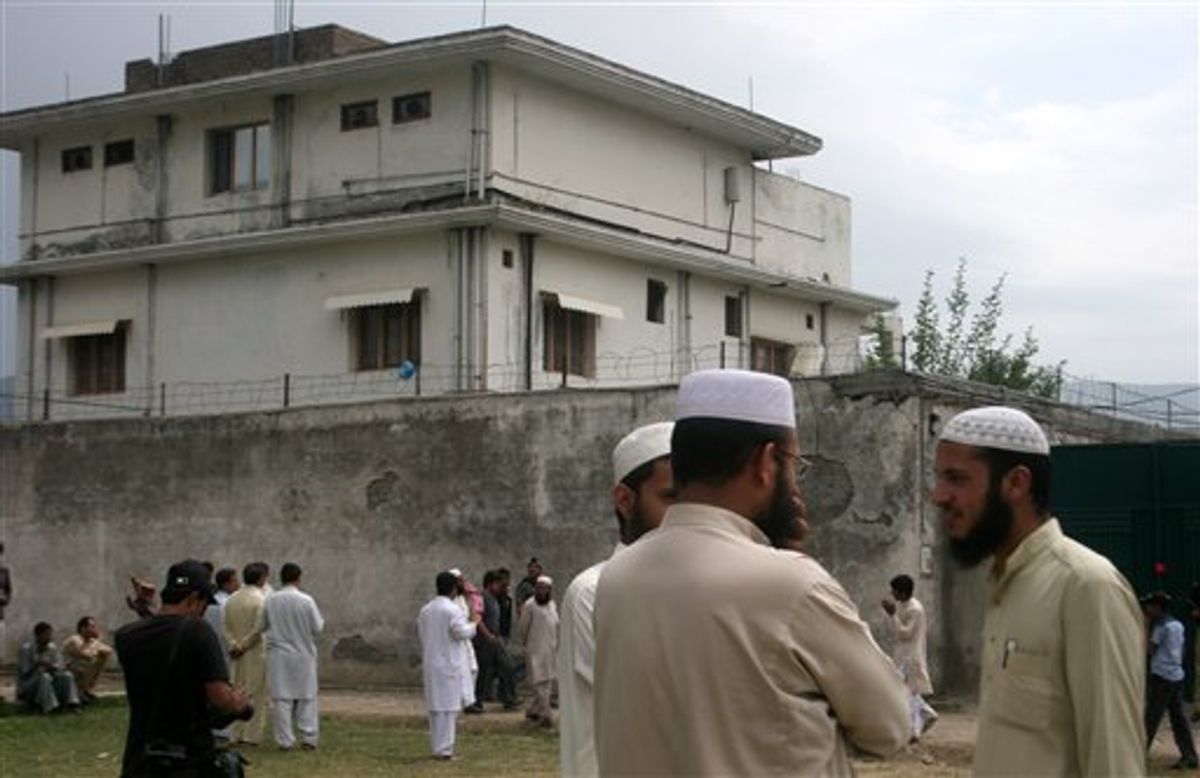 FILE - In this May 5, 2011 file photo, local residents and media are seen outside the house where al-Qaida leader Osama bin Laden was caught and killed in Abbottabad, Pakistan. The courier who led U.S. intelligence to bin Laden's hideout in Pakistan hailed from the Swat Valley, a one-time stronghold of militant Taliban fighters, Pakistani officials said on Wednesday, June 1, 2011. The officials identified the courier as Ibrahim Saeed Ahmed. He and his brother Abrar were shot dead in the daring U.S. Navy SEAL raid May 2 that also killed bin Laden and two other people. (AP Photo/Aqeel Ahmed, File) (AP)
--

The New York Times is reporting that Pakistan's top military spy agency has arrested some of the Pakistani informants who fed information to the CIA before the U.S. commando raid that killed al-Qaida leader Osama bin Laden.

The Times, in a story posted on its website late Tuesday, said Pakistan detained five CIA informants, including a Pakistani army major who officials said copied the license plates of cars visiting bin Laden's compound in Pakistan in the weeks before the raid. The fate of the CIA informants who were arrested was unclear.

U.S.-Pakistani relations have been strained, but a CIA spokeswoman and Pakistan's ambassador to the U.S. told the newspaper the two countries continue to fight against terrorism.

The ambassador said it was not appropriate to reveal details now.