The Everyman charm of Andre Braugher 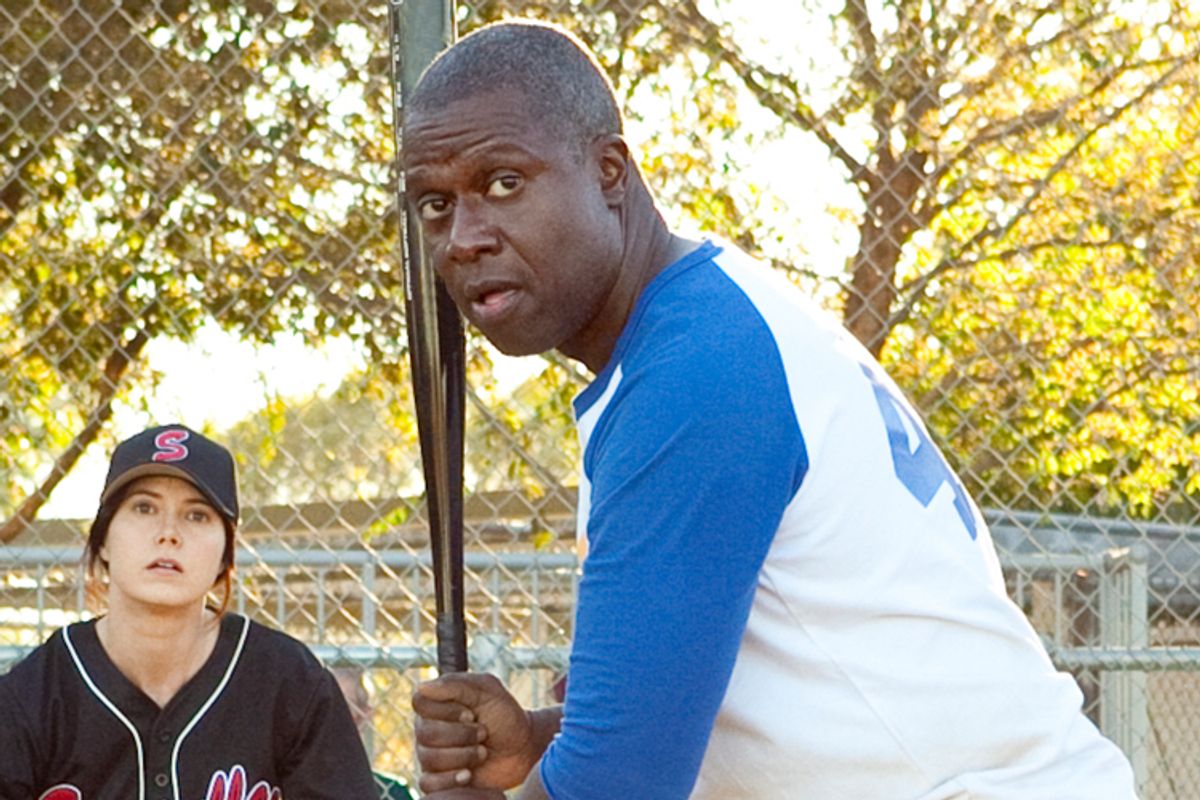 Swi-i-i-i-ing, batter! On TNT's "Men of a Certain Age," Andre Braugher knocks his performance out of the park.
--

How good an actor is Andre Braugher? So good that on "Men of a Certain Age," he almost makes you forget that he became a TV star playing verbose, imperious bulldozers -- the kinds of guys who commanded rooms through sheer force of will.

His Owen Thoreau Jr., the married businessman on "Men," is a bit smarter and more likable than the average person, but in no way dazzling, arrogant or intellectually extraordinary -- a far cry from the characters Braugher played on "Homicide: Life on the Street" and "Gideon's Crossing" and "Thief." This is what you might call an Everyman role, in the same wheelhouse as that of this appealing series' other major characters. As you watch Owen shoulder the burdens of his job and flirt with his wife, Melissa (LisaGay Hamilton), leavening wit and charm with worry and irritation, you can almost glimpse an alternate universe in which Braugher is one of the biggest stars around, an African-American answer to Tom Hanks.

Last night's sterling episode "A League of Their Owen" was the perfect showcase for Braugher's versatility, as well as my favorite episode of "Men" to date. I love how it gathered all the major and minor characters together around an event -- the Thoreau dealership's softball game against arch-rival Scarpulla and his arrogant sales staff -- and created a mini-movie with its own distinctive rhythm and tone. Although it had nothing in common with these films at the plot level, the hour reminded me of "Diner," "Midnight Run" and other comedy-dramas about beleaguered guys whose guts are mainly in their wisecracks, and who have to steel themselves at crunch time and pray they don't fold under pressure.

The run-up to the game was nearly as entertaining as the game, charting Owen's increasingly panicked attempts to recruit qualified players, which led him to offer under-the-table payments to his service staff, and draft Joe's best employee, a lesbian former varsity player (Emily Rios' Maria). Owen also had to face up to his not-so-secret-shame, the fact that he's a black man with almost no athletic ability who's expected to lead an underdog softball team to victory. The contest itself was a keeper, chock-full of indelible moments: Lawrence and Dale intimidating the Scapulla team by banging on Lawrence's cup; Owen collapsing a meter away from first base and cursing himself, then spiraling into a deep funk; Joe lurking by the bounce house, nervously checking the feed from the Cubs game on his iPhone; Joe's dad (growly Robert Loggia) doting on his new girlfriend, getting into the game, and generally reminding Joe of the domestic equilibrium he lost and fears he'll never get back; the unexpected and painful convergence of Terry's two romantic prospects, the middle-aged heartbreaker Erin and the way-too-young Stella; Stella taking her revenge on Terry by driving her car onto the field and literally stealing a base.

While "Men" is an ensemble show to its core, Braugher was this hour's unquestioned lead, holding the story together in the manner of a true movie star. That final triumph -- the home run hit followed by Owen's desperate sprint from third to home, and Owen's snap decision to run right over one of Scarpulla's female players, chivalry be damned -- was elating and hilarious. The kicker scene -- Owen erasing sales information from the wiper board in the dealership's meeting room and replacing it with the final score -- was a potent reminder that sometimes one small, mostly symbolic victory is all it takes to turn an organization's attitude around and make them think of themselves as winners.