The dirty laundry that ended my career

This wardrobe malfunction not only scandalized my co-workers, but caused me to reassess my priorities 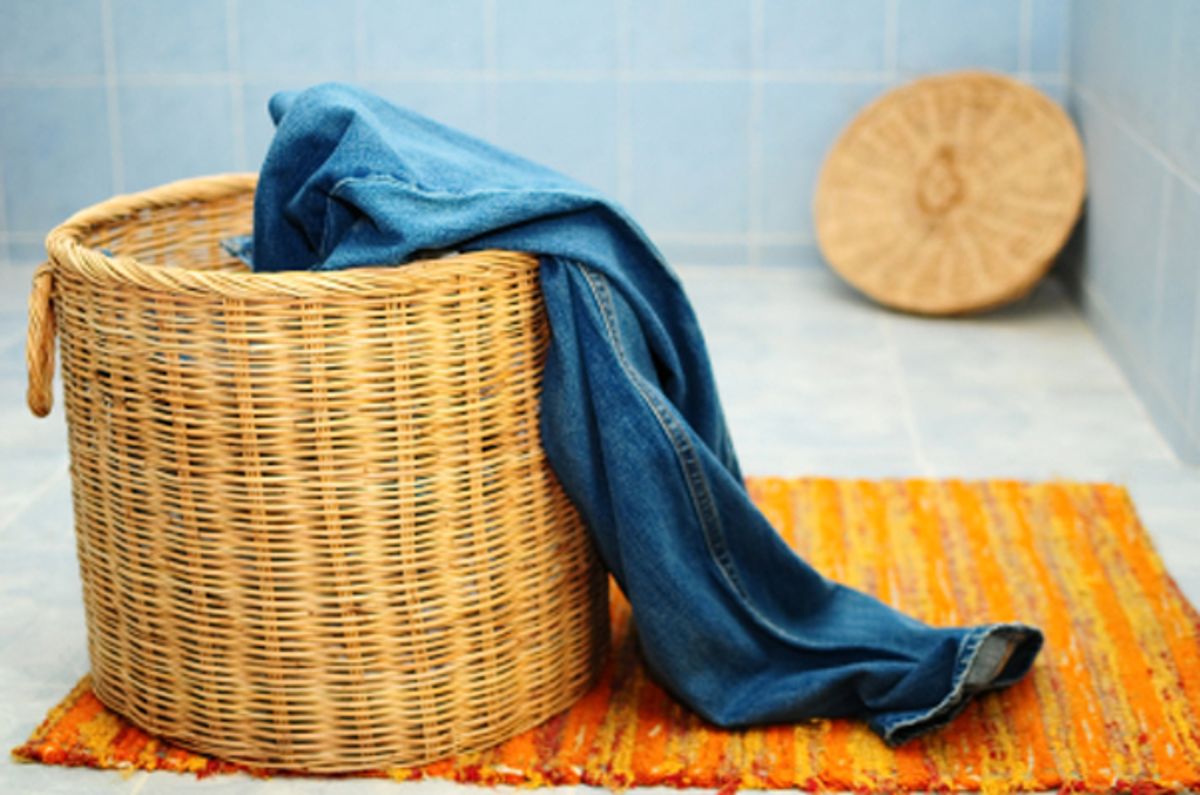 I was under intense pressure at work. I was one of the few art directors to survive recent layoffs, and I suspected that I had made the cut merely because the creative director felt she could bully me into submission. She knew how hungry I was for a job with flexible hours -- that had been our deal from the beginning. I needed to be available for my children, especially my son who is on the autism spectrum.

But, the way I saw it, the layoffs changed everything. I was no longer part-time, and flexible hours were out of the question. The deal was off: My only option now was to work week after week of overtime. And so, as I began to plan an important magazine cover shoot for a feature article about 10 overachieving teens, I was determined to effect a change. This shoot was an opportunity not only to prove myself to new colleagues but also to escape from the control of my manipulative creative director, and I hoped to make the most of it.

As it happened, my husband was going away on business that week, leaving me as a single parent for five days leading up to the photo shoot. Even though he traveled frequently, our household could never adjust to his absence. Any upset in my son's routine would result in behavioral problems: He'd cling to me, he'd become cranky and he'd sometimes wet his bed on nights his dad was away.

Of course, at 7, he was long past the typical age for diapers. But for a child with autism, wearing pull-ups well past toddler years is something that could be expected ... by parents of children with autism. It's hard for other people to imagine the battles we face potty-training our children, even those who are considered high-functioning like my son. Mind you, my son was doing relatively well. He was out of pull-ups and was waking up dry more times than not. After seven years of diapers, we were almost in the clear. And this development gave me the unrealistic idea that I would now be able to juggle motherhood and a career the way I'd always expected to.

The week leading up to the shoot quickly extinguished any hope that mine would be a typical juggling act. Each day, I left work and raced to my children's after-school program pleading I wouldn't be the last parent to pick up because that upset my son terribly and he'd scream the minute I entered the room; I made dinner, actually two dinners, since my daughter now refused to eat according to my son's restricted diet (like many autistic children, he has severe food intolerances); I helped the kids with their homework; I didn't have time to walk the dog -- an Australian shepherd that was getting crazier with every unwalked day; and then I pushed them through bedtime routines in a sprint to make a rigid 8:30 p.m. bedtime. But despite my vigilant adherence to diet and routine, the disruption of Dad being away combined with my increased anxiety meant my son was wetting his bed every night.

Four times already, I had to remake his bed at night with fresh sheets only to strip them in the morning after he had soaked it. After two nights, I was unable to keep up the laundry routine. After three, I was out of waterproof pads. I realized how premature my elation of not having to buy diapers was -- I still needed a package handy. But there wasn't a pull-up in the house and no time in our strict schedule that would allow me to run and get some.

Day of the shoot, 4 a.m.: My stark naked son crawled into bed with me, a clear sign that he'd wet his bed, again. Despite how exhausted I was from a week of solo parenting, I got up and stripped his mattress immediately because without a waterproof pad, I would have to soak it up with towels the best I could. After four nights of similar accidents, there was already a pile of clothes and sheets in front of the washing machine, so I dumped this latest set on top of my hamper.

By 6 a.m., I was already running late. I made my son's lunch; I bathed him and helped him dress, trying to stay calm with him and stick to his routine, all the while barking impatiently at my daughter.

So I could leave earlier than usual, I had arranged to drop the children off at a neighbor's, a disruption in my son's routine that was causing more than the usual anxiety. He clung to me as I made breakfast. He wailed and pleaded and cried in frustration. I typed off an email to his teacher to let her know she might expect trouble today. And when I finally turned to get myself ready, I realized I didn't have any clean pants. Even before I ended up devoting the whole week's laundry cycle to nothing but sheets and blankets, I had few clothing choices. And so, I dug around my dirty clothes for the jeans I wore the day before. I looked in my hamper -- the one under the pile of drenched sheets from earlier that morning.

I arrived, a little flustered, but still on time for the shoot. And then, as the photographer was unpacking his equipment after we'd finally decided on a location, I realized that the slight stench in the room, the one everyone was just beginning to notice and comment on, was coming from me. I quite honestly reeked of stale piss.

The sheets, the jeans ... I realized the horrible mistake I had made but what could I do at that point? I had no choice but to accept mortification.

I went about my job and did the best I could. Thankfully the cover shot turned out beautifully as did the four other smaller group shots we took at different locations. From an art directing standpoint, my work was a success. But that reputation I had hoped to boost was destroyed.

I look back now at that moment as an important turning point. I realized what sort of abuse I was willing to accept and what I wasn't. Later that same month, despite the pressure of a failing economy and without another salaried job to turn to, I quit.

Now, I'm available to my children full-time. I've also disclosed my son's autism diagnosis to the world. I labeled him, something almost everyone warned me not to do. And I understand why they counseled me not to: because, by labeling him, I would be accepting the marginalization such a diagnosis threatens to inflict.

Well, we had already lived through all sorts of public embarrassments only autism can bring. His meltdowns in public places, his grabbing women's boobs, his attempt to smell a man's butt, my nervous sweats at the social snubs we faced -- all this would kill any normal person's self-esteem, but we weren't a typical family.

Now, to anyone who'd ridicule me or him, I think piss off and smile at the pivotal moment I pissed everyone off, literally. That was the freedom that mortification gave me: to choose my children over just about everything.