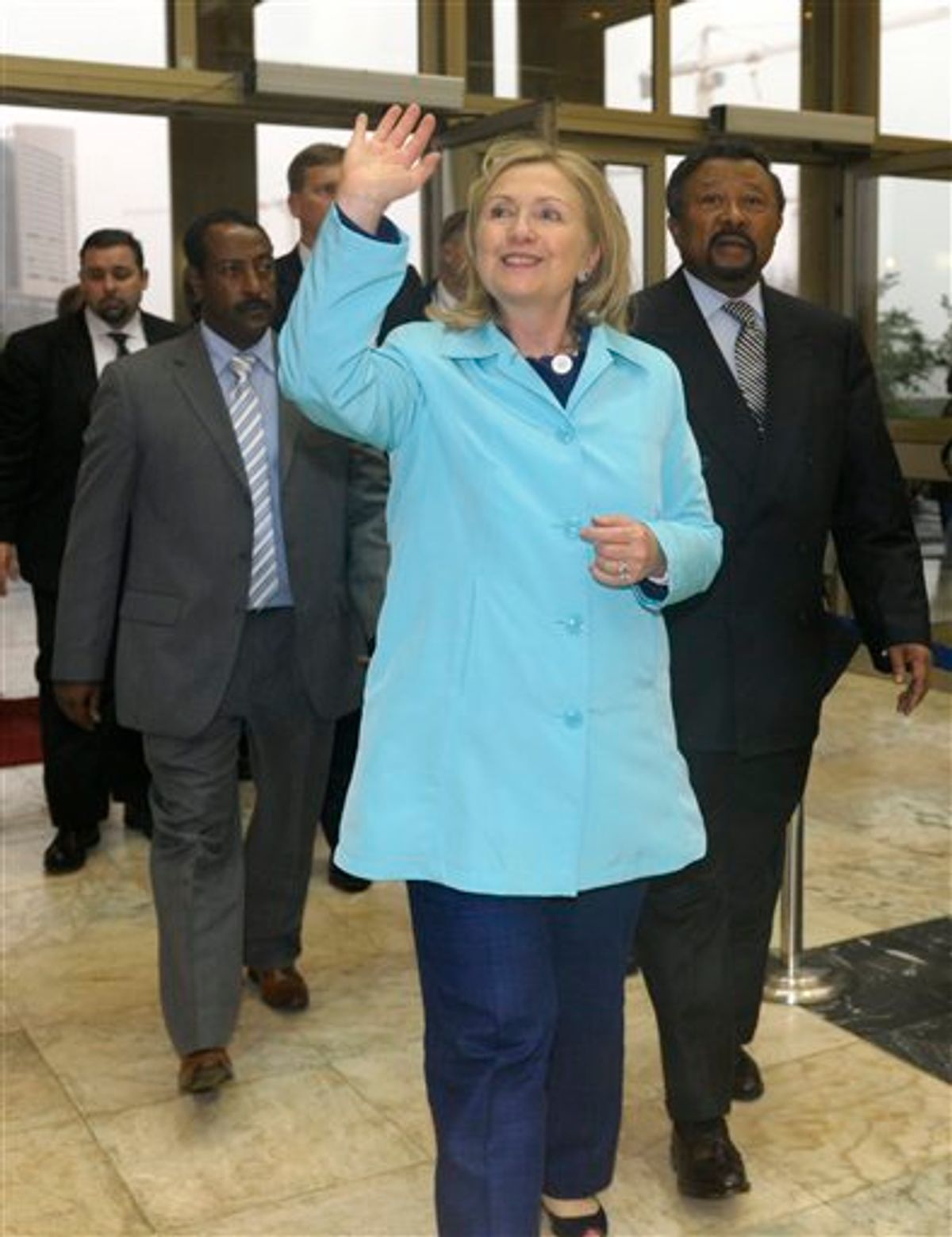 Federal prosecutors on Thursday appealed a ruling that prompted howls of protest from campaign-finance reform advocates when it declared the law that bans corporate contributions to federal candidates unconstitutional.

Cacheris said corporations like Galen enjoy the same right to make contributions as individuals under last year's landmark Citizens United ruling from the Supreme Court. Cacheris reaffirmed his ruling earlier this month, though he emphasized that the law was only unconstitutional as applied in this case.

Prosecutors have said Cacheris' ruling overturns a century's worth of campaign-finance law.

Specifically, Danielczyk and Biagi, both of Oakton, Va., are accused of skirting the limits on campaign contributions by using corporate funds to reimburse Galen employees for donations they made to attend fundraisers that Danielczyk hosted for the Clinton campaigns.

Cacheris allowed charges to go forward alleging that Danielczyk and Biagi made contributions in other people's names, but tossed out the part of the indictment alleging a violation of the ban on corporate contributions.

"(F)or better or worse, Citizens United held that the First Amendment treats corporations and individuals equally for purposes of political speech," Cacheris wrote. "This leaves no logical room for an individual to be able to donate $2,500 to a campaign while a corporation like Galen cannot donate a cent."

Critics claimed Cacheris overstepped his authority and misread Citizens United. Cacheris ordered both sides to prepare additional briefs so he could reconsider his decision, but ultimately left his initial ruling in place.

In his subsequent opinion, though, Cacheris took care to point out that corporations would still be subject to the same limits on contributions that are imposed on individuals. Citizens United, meanwhile, allows corporations to make unlimited contributions for independent political expenditures that are made separately from an individual candidate's political campaign, like issue advocacy campaigns.

"In other words, as a practical matter, this Court's ruling adds a small drop to what is already a very large bucket," Cacheris wrote.

The ruling is not binding on other federal judges. In fact, the 8th U.S. Circuit Court of Appeals in St. Louis last month upheld the corporate contribution ban, though a concurring judge said the Citizens United case leaves the ban on shaky ground from a constitutional standpoint. But if Cacheris' ruling stands unchallenged, it could be a precedent on which other judges could rely as they evaluate similar cases that come before them.

The case now goes to the 4th U.S. Circuit Court of Appeals in Richmond. A briefing schedule has not yet been set.