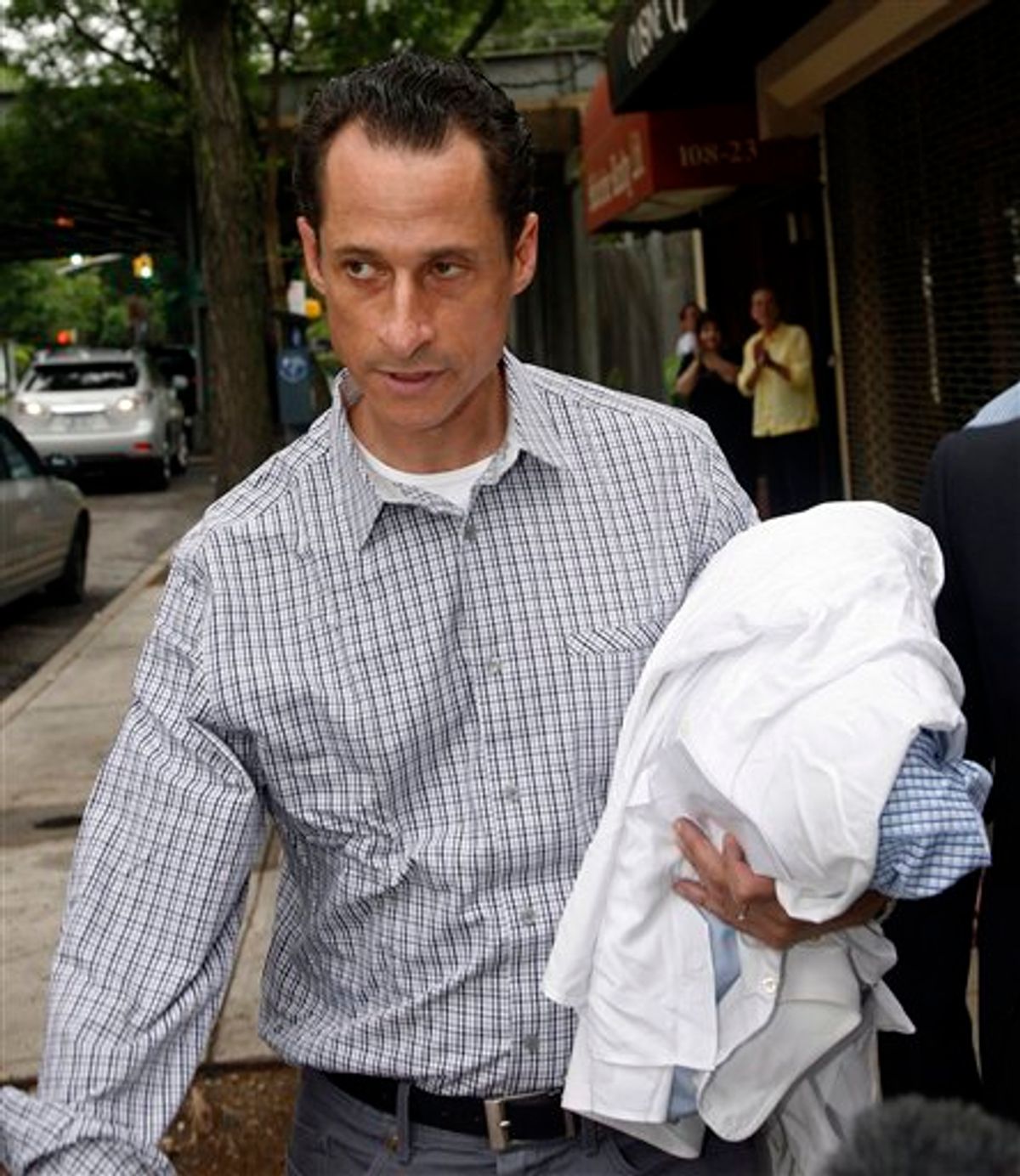 FILE - In this June 11, 2011 file photo, Rep. Anthony Weiner, D-N.Y., carries his laundry to a laundromat near his home in the Queens borough of New York, Saturday, June 11, 2011. Weiner admitted last week that he had Tweeted sexually charged messages and photos to at least six women and lied about it. (AP Photo/David Karp, File) (AP)
--

Sources tell The Associated Press that embattled Rep. Anthony Weiner is telling associates he will resign amid the furor over his sexually charged online relationships with several women.

Weiner became embroiled in a scandal over lewd photos and messages sent online to at least six women. During a tearful news conference recently he admitted he had told a series of lies to cover up his bad behavior.

Top Democrats had called for a House ethics probe to see if Weiner had broken any rules, including whether he may have abused his congressional office.