How "Game of Thrones" slew all comers 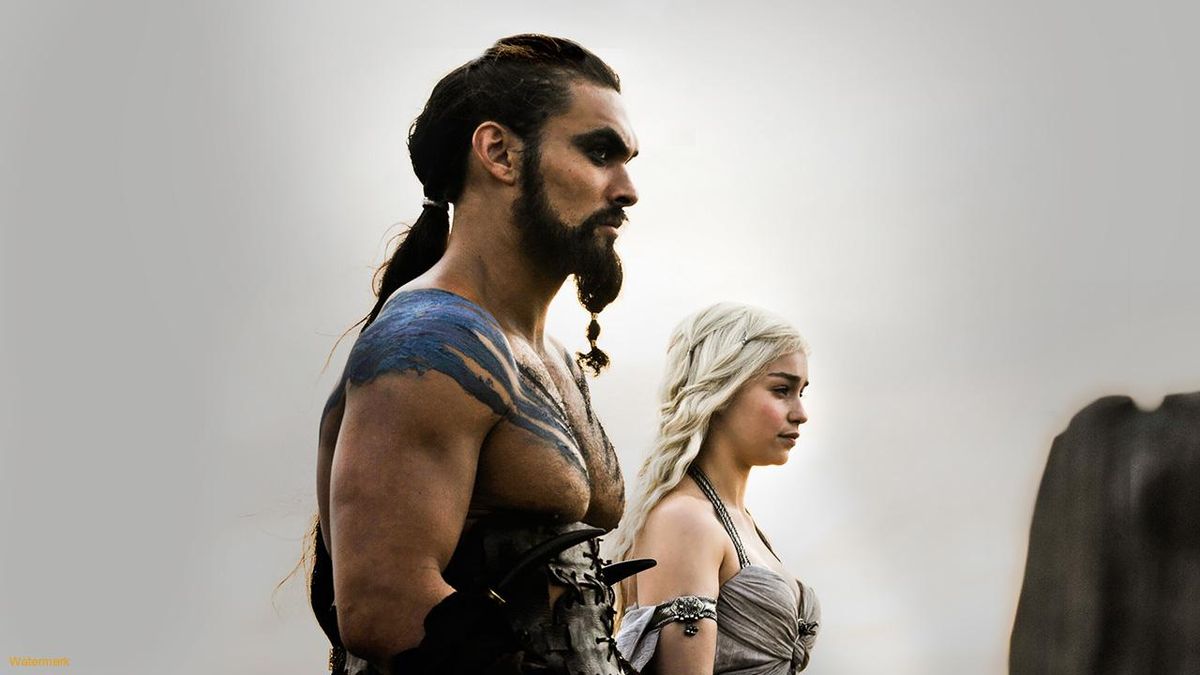 Has there ever been a cable drama as meticulous and confident as "Game of Thrones"? Not since the first season of "Deadwood," or perhaps "The Wire." The HBO adaptation of George R.R. Martin's "A Song of Ice and Fire," which closes out a 10-episode run Sunday, is a marvel of storytelling structure, keeping dozens of characters and subplots in continuous forward motion, and planting and tending seeds of future plot developments so subtly that you don't realize how much foreshadowing there is until you go back and watch the whole season again in full, as I did this past week.

The experience of watching so many chapters in quick succession shifted my opinion from impressed-but-unmoved to wildly enthusiastic. It also torpedoed some preconceived notions and other baggage that I flattered myself into thinking I didn't have. This series is fantasy in the way that "Deadwood" is a western or the "Godfather" films are gangster pictures. It wears its genre badge proudly but isn't confined by it, and it often feels more like a fable or cautionary tale than a straightforward sword-and-sorcery epic. I wouldn't be surprised if people started quoting "Game of Thrones" characters the way they quote "The Godfather," "The Art of War" or "The Prince" -- by way of illuminating life's crueler truths. ("We only make peace with our enemies, my lord," says Littlefinger. "That's why it's called 'making peace.'")

On viewing the first six episodes in the span of about a month, I thought:  Yes, this is amazing, in the way that a gigantic, immensely detailed puzzle or model is amazing ... But what can you really say about it from week to week except, "My, that was a twist I didn't see coming?" or "Too bad, I liked that character"? I found it logistically impressive but stylistically too meat-and-potatoes -- and too much of a slow-motion exposition dump. To viewers who hadn't read the books (like me), watching it could induce flashbacks to final exam week; a critic friend who has a far greater mind for detail than I admitted that he kept a relationship flowchart handy because he could never keep all the bloodlines straight. Plus, I missed the flights of fancy that meant so much to me on "The Sopranos" and "Deadwood" and other swing-for-the-fences dramas. I even missed the extreme quality swings that often afflict such programs, filling viewers with a mix of dread and excitement every time they tune in:  Well, what'll it be this week? Bulls-eye or misfire?

There was so much plot to parse that it seemed as though the producers were tactically shunting too many other pleasures to the margins of "Game of Thrones," prioritizing the art right out of it. Peter Dinklage's trickster hero Tyrion Lannister notwithstanding (give him an Emmy already), the series was light on humor, except for the gallows kind. And visually it was more efficient than inspired. I generally prefer my fantasy a bit more, well, fantastic -- more along the lines of "Excalibur." The first season of "Thrones" seemed to have an almost Spartan aversion to such qualities -- with some notable exceptions, such as that eerie, upside-down shot from Tyrion's perspective as he's dragged through the mud after battle, and the vertigo-inducing shots of people standing on precipices. (The latter are nifty visual metaphors for the show's win or die ethos: Every character is poised at the edge of an abyss, staring down.)

In retrospect, though, the show's Drama 101 approach seems not merely justified, but bold. What we have here is the ultimate in Slow TV, a series that demands concentration from its first scene onward, and then proceeds to lay out its universe with patience and care, defining every House, every family, every familial bond, every friendship, every strategy just slowly enough to make them plain, but never so slowly that you feel that your time is being taken for granted.

Most comparably ambitious, narrative-driven series get to the first huge whammy a hell of a lot faster than "Game of Thrones" did -- usually within the first four to six episodes. "Deadwood," for instance, put the death of Wild Bill Hickok -- a signal that an old way was passing and a terrifying new one was ascendant -- at the end of Season 1, Episode 4. The comparably seismic death of Ned Stark happened in Season 1, Episode 9 of "Thrones" -- and when the ax fell, suddenly the show's master plan clicked into place like the tumblers of a safe, or like the architecture-as-clockwork-machinery in the show's opening credits, and revealed that the preceding nine hours had been a glorified prologue, and that now we were really into the story. Nobody was safe. Everything was up for grabs. Chaos and uncertainty were ascendant.

Will the popular success of "Game of Thrones" move cable series away from original narratives and toward adaptations? I wouldn't be surprised. The use of preexisting novels as source material relieved the show's writers of the burden of having to mix long-term planning with seat-of-the-pants improvisation -- a mix that makes many shows more superficially exciting but a lot more uneven. On "Game of Thrones," you always feel sure that you're in good hands, that all of this is going somewhere. The master plan has already been mapped out. And even if you haven't read Martin's books, you can guess where things are headed because "Game of Thrones" has something that all great TV shows have: a clear and consistent vision of what it thinks life is.

On "Thrones," it's all about survival -- literal and figurative. Each one of the seven houses is trying to preserve its bloodlines and its position within the kingdom's political hierarchy, and every individual within those families is trying to preserve his or her position, however lofty or minor it may be. There's a constant tug-of-war between honor and expediency, between ethics and necessity. Ned Stark's death was inevitable because Ned was a great soldier, and great soldiers don't often make great rulers; they're too attached to duty and tradition, too unwilling to jettison received wisdom and think the unthinkable. It was so fitting that, with his king dying after a freak hunting accident, Ned would try to preserve his vision of the kingdom by transcribing the king's dictation in the form of a contract, altering a key sentence, then signing his name, as if that sealed everything for all time. And it was equally fitting that the king's scheming, treacherous widow, Cersei, would rip the contract up in plain view of a throne room full of onlookers. It's just paper!

"Game of Thrones"' motto could have been, "Contracts were made to be broken." Nearly every episode contains one or more moments where a character banks on somebody adhering to tradition or keeping their word, only to discover that circumstances have changed and now they're screwed. Sansa Stark thought her engagement to Prince Joffrey Baratheon might translate into mercy for her father, but Joffrey wanted to prove his ruthlessness, and Ned lost his head. Daenerys Targaryen's ruthless weasel of a brother, Viserys, thought Danerys and her warrior husband, Khal Drogo, would honor the agreement they'd made, and he got a "golden crown" for his trouble. (The barbarian king would have loved "The Monkey's Paw.") Fencing teacher Syrio Forel to young Arya: "My eyes shouted the truth. You were not seeing ... Watching is not seeing, dead girl." Littlefinger to Ned, holding a knife to his throat after playing confidant and adviser for months: "I did warn you not to trust me." One man's adherence to protocol is another's cue to sucker punch the fool into oblivion. To quote Michael Corleone in "The Godfather," "Where does it say that you can't kill a cop?"

I'm fine with the copious nudity and thought the reflexive griping and snickering about it (see "sexposition") had a disappointingly Puritanical air. It was so very American, devoting thousands of words to a few weekly minutes of unclothed flesh, yet saying almost nothing about the countless graphic close-ups of limbs being lopped off and throats being slit.  The show is mostly coming from an old school, white, heterosexist position, but that makes it not terribly different from a lot of other serious works of popular culture -- notably high-end gangster pictures and TV series. And there's nothing wrong with this bias that more same-sex couplings and male nudity wouldn't fix. Lots of pop art has a prurient dimension; we project ourselves onto tales of sex, violence and intrigue because it's more exciting than projecting ourselves into utterly mundane stories about people dealing with reality. The fantastic aspects don't destroy the possibility of connecting with the show;  the connection just takes place at a simpler level, as metaphor.  I've never been involved in anything remotely as spectacular as the action in this series, yet I can see my life in its storylines, and my dilemmas in some of the characters' predicaments. Its unreality is very real.

"Game of Thrones" isn't perfect; or maybe I should say there are some aspects that aren't to my liking, and that I wish they'd reconsider.  I'd like to see the directors using the camera as an expressive tool more often, rather than treating it as a recording device that captures performances and sets.  I want more scenes like the ones between the smarmy, glad-handing Littlefinger and the scheming eunuch, Varys, because they drive home the notion that information is power while being flat-out fun to watch. (They keep trying to out-innuendo each other, as if they're competing for a gold medal in the Snake Olympics.)  I'd like to see more of the show's consistently terrific monologues, where appropriate; I love it when a drama slows down and zeroes in on certain characters in close-up, effectively shining a spotlight on their personalities and putting everything else on hold for a minute or two.

Most of all, I'd like to see more primal feeling of the sort displayed in the Daenerys-Drogo relationship, which was grotesque, bizarre, corny and altogether irresistible. Who'd have thought that the most convincing TV romance of 2011 would include a scene in which the boy looks on adoringly while the girl devours a horse's heart, and an action sequence in which the boy proves his love for the girl by slashing an enemy's throat and ripping his tongue out through the hole? Happy Valentine's Day, baby! Odysseus and Penelope would approve.