Keith Olbermann is back tonight (with Michael Moore and Kos)

Will it be a better Countdown, or Air America 2? Tune in! 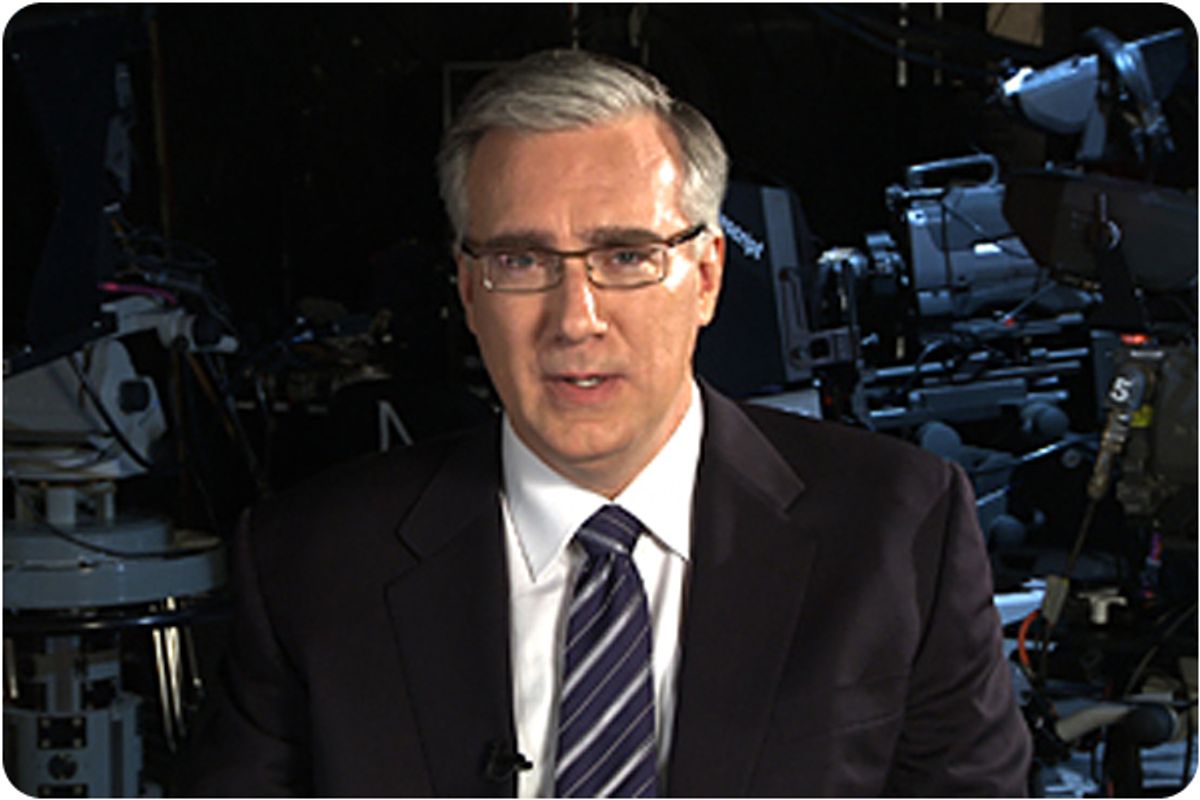 Since he left MSNBC unexpectedly in January, Keith Olbermann has not been absent from the culture. He played the Chevy part in Tom Shales' well-publicized and widely excerpted ESPN oral history. He was the subject of multiple magazine profiles and newspaper stories. He's still tweeting. But Olbermann hasn't been on television, where he so clearly belongs. That changes tonight, when "Countdown" relaunches on Current TV, where Keith isn't just a host, but also the driving force behind the reinvention of the channel as a full-time liberal news outlet, just in time for the elections.

There are obstacles. Olbermann doesn't have MSNBC's analysts and contributors. His contributor list is sort of absurd (Donald Sutherland!). But he's better at television than anyone left at his old network -- better at television than anyone this side of Letterman and Shep Smith -- and, freed from the strictures of pleasing timid NBC executives, his new show could be an insane trip into his unfiltered ego, or the only genuinely independent liberal voice on television. Or it could be a very watchable combination of the two.

The guests tonight are Michael Moore and Markos Moulitsas. As important to the liberal cause as those two men have been, that's a lot of bombast for one hour of television. Moore in particular can be disastrously glib on television. And you already sort of know what these two will say.

Olbermann got criticized sometimes at MSNBC for appearing to only book guests he agreed with (most Fox hosts -- Glenn Beck being a notable exception -- regularly feature liberal punching bags, though the practice doesn't expose the Fox audience to much more than a caricature of the opposition's argument), and now that he's building his own liberal cable network, independent from the influence of a massive, skittish corporation, there is a chance that we'll end up with low-budget Air America TV. Which, my affection for many former Air America hosts notwithstanding, would be a bad thing. Air America was sunk by awful management, but there is some truth to the idea that liberal radio already has succeeded, it's just disguised as NPR. Liberals might not want to get riled up every night. There's "Mad Men" seasons to catch up on, after all.

There's an audience for Keith. He'll be fine -- he always is. I'm just not sure if he's now limiting himself to a smaller, angrier core of viewers -- the self-selecting types who, on the right, will purchase access to Glenn Beck's new venture -- instead of injecting righteous anger into a formerly bland cable news environment.

Of course if he lures Maddow there, too, all bets are off, and MSNBC will no longer be worth anyone's attention.