The Supreme Court sides with Wal-Mart 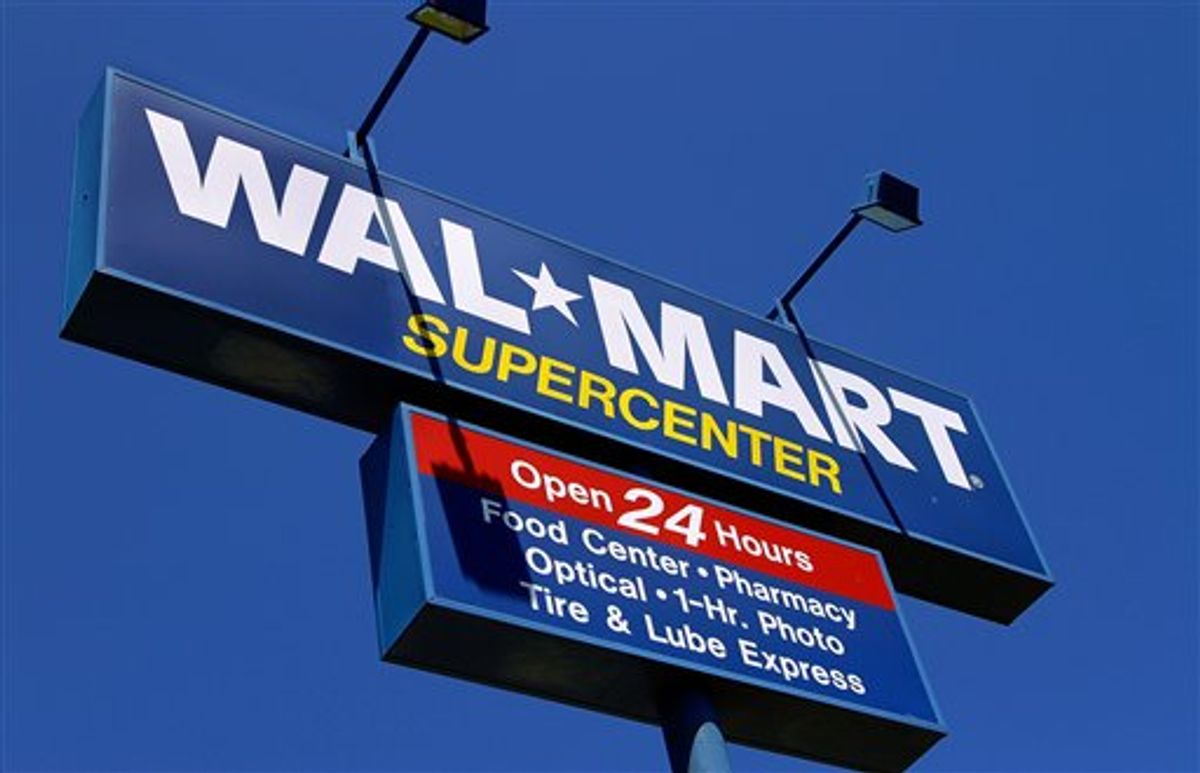 The Supreme Court has rejected an effort on behalf of potentially a million female workers to sue Wal-Mart for discrimination, throwing out the biggest class-action discrimination case in history.

The case, Wal-Mart vs. Dukes, dates back a decade and Monday's decision will have ramifications for many years going forward relating to the issues of gender-bias and workers' ability to bring large class-action law suits against big employers.

Case history: In 2001, Betty Dukes, a "greeter" at a northern California Wal-Mart, filed suit for gender discrimination and sought to certify a class-action consisting of any and all female employees who worked for Wal-Mart after December 26, 1998 -- approximately 1.5 million women.

The suit alleged that the policies and culture at Wal-Mart discriminate against women (including pay and opportunities for promotion). In particular, Dukes and the women who joined her pointed to Wal-Mart's practice of letting local managers subjectively decide on pay and promotions as almost uniformly leading to discrimination.

Nan Aaron, the president of the Alliance for Justice, pointed to a just few individual examples of discrimination raised by female Wal-Mart employees seeking the class certification (via the Huffington Post):

When a woman with a master's degree who had worked at Wal-Mart for five years asked her department manager why she was paid less than a 17-year-old boy who had just been hired, she was informed, "You just don't have the right equipment... You aren't male, so you can't expect to be paid the same." Another female employee was informed that a male employee got a bigger raise then she did because he had "a family to support." Another was told that men would always be paid more than women at Wal-Mart because "God made Adam first, so women would always be second to men."

The district court approved and a federal appeals court upheld the certification of the class-action. Wal-Mart, in its appeal, argued that a class of potentially 1.5 million was simply too big. (In response, the plaintiffs noted that Wal-Mart is the largest employer in the Unites States and that any class-action brought by its employees would have to involve a very big class).

As a report from the Alliance for Justice put it:

[Wal-Mart] maintains that the large number of its stores, managers, and employees means that pay and promotion decisions turn[ed] on decisions made by individual store managers and cannot support the commonality among class members that is required for class certification.

Plaintiffs counter with a powerful narrative that shows how sex discrimination at Wal-Mart was the inevitable byproduct of a strong and centralized corporate system that originated in the company’s Home Office in Bentonville, Arkansas, and permeated each of the company’s stores in the United States.

The Supreme Court decision: The decision Monday hinged not on whether Wal-Mart enacted discriminatory policies, but on whether there were sufficient grounds to treat the women as a class. Despite the plaintiffs' arguments, and the decisions in district court and the federal appeals court, the Supreme Court ruled in favor of Wal-Mart.

The workers "provide no convincing proof of a company-wide discriminatory pay and promotion policy," Justice Antonin Scalia wrote for the court.

The justices unanimously agreed on disqualifying the class, but Ruth Bader Ginsburg, Stephen Breyer, Sonia Sotomayor and Elena Kagan all indicated that they do see a common issue among all the plaintiffs' complaints but don't believe the case could proceed to achieve monetary damages for the women workers. They suggested that the case return to a lower court and proceed -- still as a class-action -- as one that would not seek money damages.

But the court also voted 5 to 4 that the case can't proceed as any type of class action. It is this decision that could set a precedent for class-actions against large corporations

The ramifications: For the plaintiffs in the Dukes case, the decision is huge blow. The individuals seeking damages for discrimination could now file individually, but even if individual filings were successful, they would not challenge the pervading discrimination pointed to in the Dukes case.  Ginsburg wrote in her decision: "Women fill 70% of the hourly jobs in the retailer's stores, but make up only 33% of the management employees... The higher one looks in the organization, the lower the percentage of women." Individual damages claims will not address this.

The ramifications for U.S. workers may be more troubling. In decertifying this class, the Supreme Court has set a difficult standard for any future large-scale class actions. The Supreme Court's decision is another in a long line of rulings by the Roberts Court that side with corporate interests, a trend Dan Manatt noted on the HuffPo last year. And, crucially, the decision could undermine class actions as a vital means to challenge pervasive biases in big companies.