A lesson for U.S. politicians: Spending cuts in Britain are forcing more government borrowing, not less 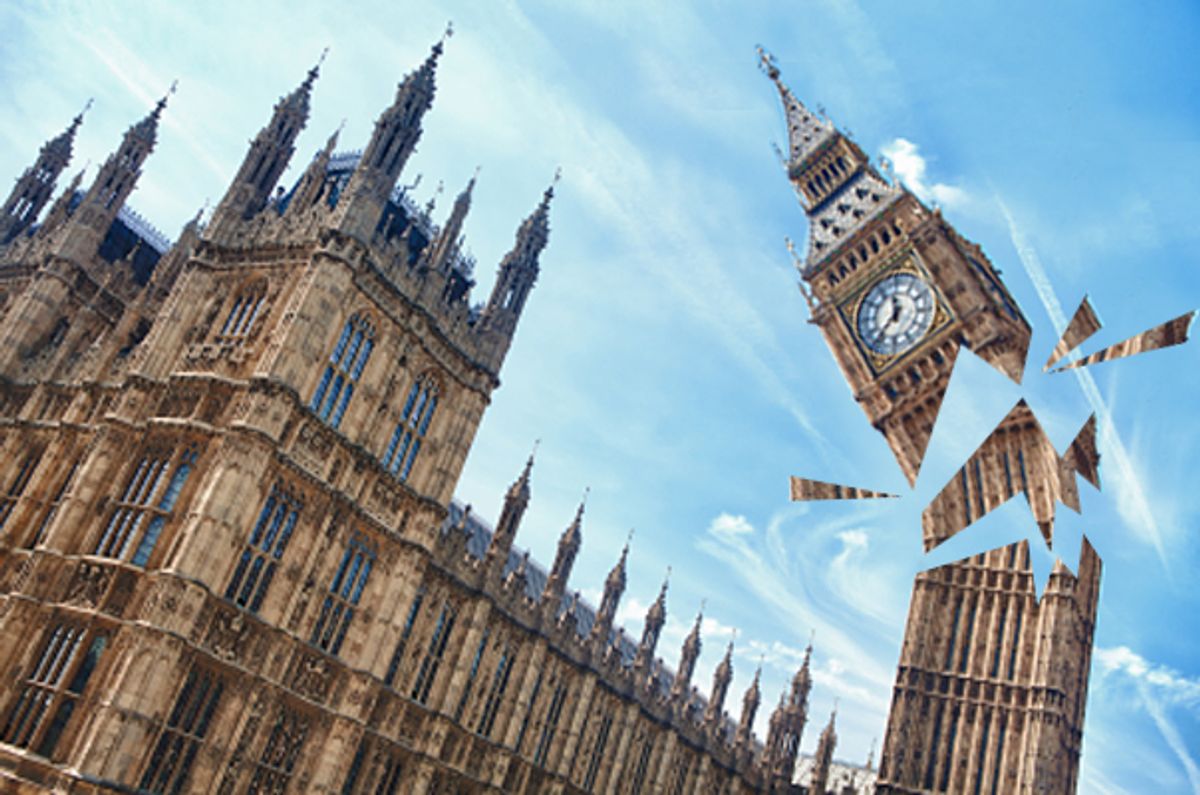 The basic case against pursuing austerity -- i.e. big government spending cuts -- when economic growth is sluggish or in danger of slipping into recession is simple: a dose of harsh medicine risks making the patient even worse off.

There are two dangers. The first is that a government which cuts spending too soon sucks demand out an economy that isn't replaced by private market forces. So economic growth slows even faster. The second, related worry, is that a slowing economy results in higher social welfare payments -- more unemployment benefit checks, etc -- which requires the government to borrow more money. Since the point of austerity, theoretically, is to reduce government debt, it should be easy to see why it just isn't optimal policy to strangle the economy if the goal is to make into the black.

Some fresh economic data fresh from the United Kingdom, where austerity policies have been in place for several quarters, amply illustrates the point.

From the LabourList blog via RortyBomb.

...[G]overnment borrowing in the first two months of this financial year has been higher than in the previous financial year.... Government borrowing in April and May 2011 has been 27.4bn pounds, against 25.9bn poundsin the same two months of 2010 - an increase of 1.5bn pounds. Perhaps the most interesting figure though comes not in the headline borrowing but in the underlying data. Central government spending on "net social benefits" rose by 1.9bn pounds in April & May 2011 compared to 2010 -- in other words the overshoot in borrowing is being caused by a rising welfare bill...

Recessions are bad for government finances. For that reason alone, governments should avoid causing recessions. A long-term plan to balance the budget is a fine, upstanding idea. But rash spending cuts in the short term will make achieving that balanced budget goal harder. Just ask the U.K.