But what (if anything) can authors lose by opting for online self-publication? 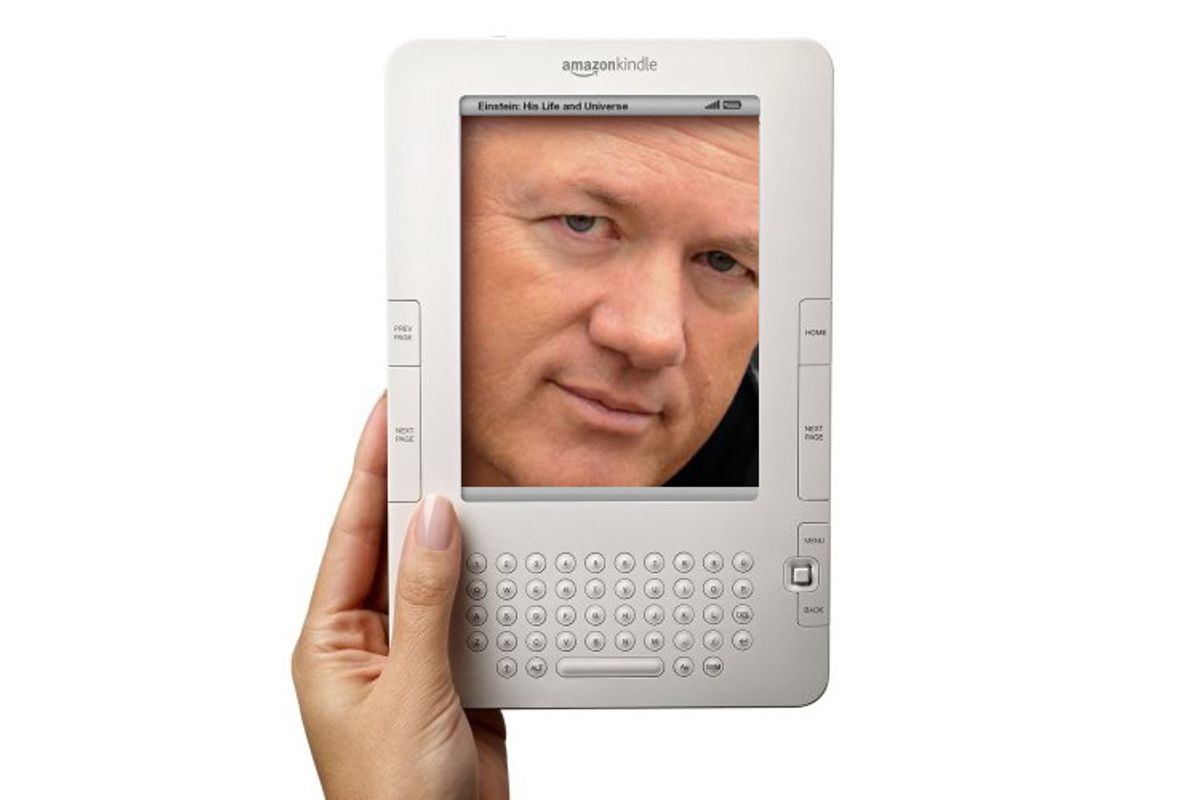 Twenty-six-year-old self-publishing sensation Amanda Hocking made headlines earlier this year when it was revealed that the then-unsigned author (she now has a contract with St. Martin's Press) had managed to sell more than a million copies of her paranormal novels -- once rejected by publishers -- as e-books.

Now another self-published author reached a significant milestone: John Locke -- not the 17th-century philosopher, but the thoroughly  21st-century thriller-writer -- sold his millionth e-book on Amazon.

Locke sells most of his works for 99 cents each (although his "How I Sold 1 Million eBooks in 5 Months!" costs $4.99), and he can now boast membership in the same (very small) authors' circle as Stieg Larsson and James Patterson -- two more of the nine individuals who have sold more than a million Kindle volumes.

The product description for Locke's "How I Sold 1 Million eBooks" certainly doesn't sell the author short. Indeed, after a list of Locke's accomplishments ("every seven seconds ... a John Locke novel is downloaded somewhere in the world") comes the proud statement: "All this was achieved PART TIME, without an agent, publicist, and at virtually no marketing expense!"

On the one hand, it's very hard to argue with the numbers; it's clear that, in some ways, both Locke and his readers have benefitted from the author's lack of publishing or marketing costs. Another thriller writer, Barry Eisler, very publicly turned down a six-figure contract this March to light out into the world of e-books on his own -- partly because the move allowed him to cut out an expensive middleman. ("I'm confident I can do better financially over the long term on my own," he told The Daily Beast at the time.) And in addition to the financial benefits of self-publishing, Eisler and Locke both clearly relish the freedom they gain by working on their own: "I like the idea of being able to walk away from writing if it stops being fun," Locke has told the AP.

On the other hand, publishers, editors and agents do not exist solely to sap money from writers; they also work to improve the manuscripts they receive. An interesting reaction to the self-publishing phenomenon in this vein comes from the English novelist Harriet Evans, who wrote the following in the Guardian last week, partly as a response to the online conversation between Barry Eisler and Joe Konrath in which Eisler initially revealed his intention to opt for self-publication:

[It's] noteworthy that not once in [Eisler and Konrath's] entire discussion does either of them mention who's going to a) structurally edit or b) copyedit their books if they're published online, except fleetingly as an outsourced resource they can pay for. And this is representative of a larger view across the spectrum of online publishing where the author, not a publisher, controls the process. That's fine by me – as long as you're not going for posterity or longevity, because though I am an avid consumer of all kinds of writing on the web, I firmly believe there's a big difference between a book published online by the author and one prepared for publication by a publisher, and it goes to the very heart of what books and literature mean to us. ...

Who knows whether Gone With the Wind would have been as successful had it been called, as it originally was, Pansy, after its eponymous heroine, Pansy O'Hara, before Margaret Mitchell's editor at Macmillan persuaded her to change the name to Scarlett?

In light of Evans's words, it's more than worth revisiting the wonderful blog post Amanda Hocking wrote this March, when news of her self-publishing success began rocketing her to international attention. Here's an excerpt:

Traditional publishing and indie publishing aren't all that different, and I don't think people realize that. Some books and authors are best sellers, but most aren't. It may be easier to self-publish than it is to traditionally publish, but in all honesty, it's harder to be a best seller self-publishing than it is with a house.

I don't think people really grasp how much work I do. I think there is this very big misconception that I was like, "Hey, paranormal is pretty hot right now," and then I spent a weekend smashing out some words, threw it up online, and woke up the next day with a million dollars in my bank account.

This is literally years of work you're seeing. And hours and hours of work each day. The amount of time and energy I put into marketing is exhausting. ...

There is so much stress in doing it all yourself. The editing is never good enough. And finding an editor isn't as easy everyone thinks. People thinking an editor is just having someone read through it a few times, checking for basic grammar and spelling, and while that is part of it, it's also much larger than that. ... Self-publishing is great, but it's not easy.