What other American problems can we blame on immigrants?

Why stop with wildfires? 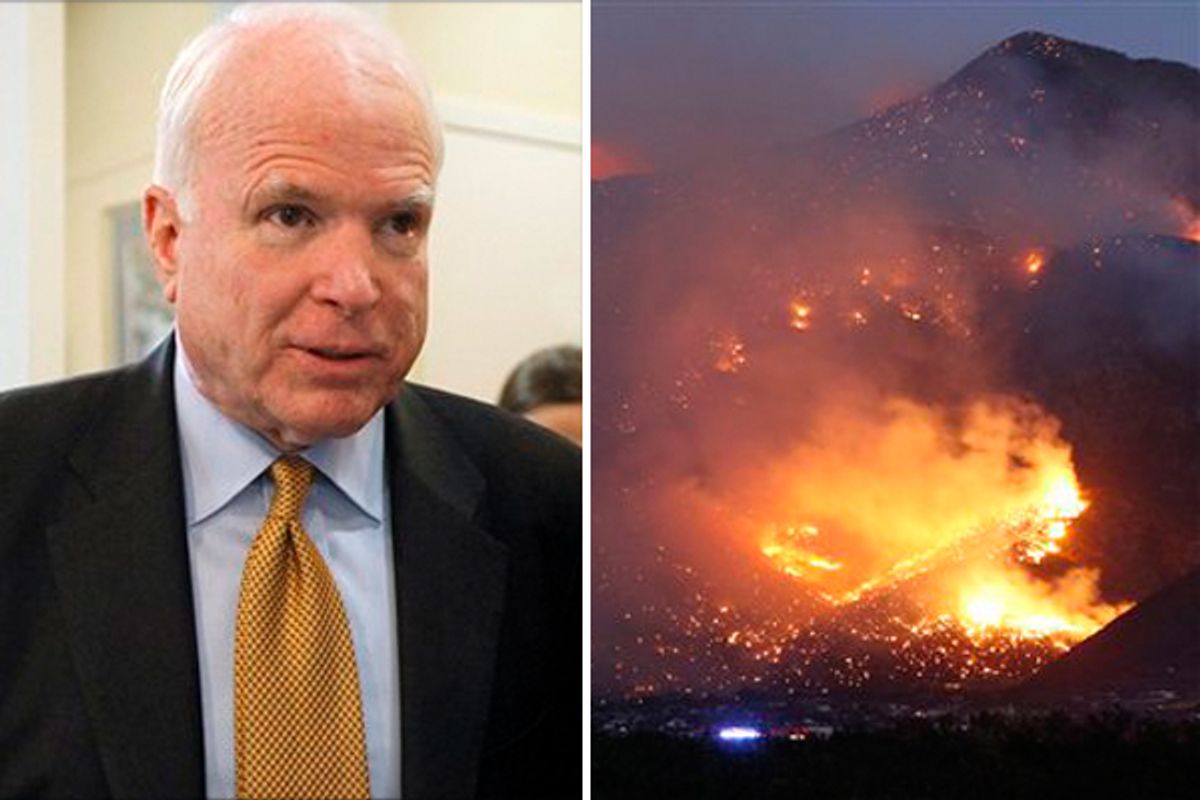 John McCain said last Sunday that there is "substantial evidence" that illegal immigrants started "some of" the wildfires consuming hundreds of thousands of acres of land in the American Southwest. While "officials" and "people who know what they're talking about" have not produced or even claimed to have any evidence that illegal immigrants specifically were responsible for starting any of the fires that have burned across Arizona this month, that has not stopped certain brave commentators from speaking truth to the massive political power that is Big Mexican Arson.

The Corner's Mark Krikorian has the next best thing to "substantial evidence": He has secondhand anecdotal evidence from a guy on a panel at his anti-immigration think tank:

This is an empirical question -- some fires are caused by illegal aliens and drug smugglers (either campfires that got away from them or deliberate diversionary fires) and others are not. But the authorities are unwilling to discuss in public the possibility that a politically favored group (illegal aliens and smugglers) might have caused the fires -- kind of like the unwillingness to identify the religious tradition that Europe’s rioting "youths" belong to.

The thing that kills me about these fires is Border Patrol and Forest Service won’t discuss that they are started -- that they are sometimes started -- and we don’t have 100-percent probability on this but we can be 95-percent sure -- that illegal aliens and smugglers start fires.

It's an empirical question! And ... there is still no evidence for it, but that's because of a conspiracy of silence. Every single authority involved is merely protecting a "favored group" of ... drug smugglers.

It's not just wildfires, either. I have substantial evidence -- based on some stuff I heard some guys say -- that illegal immigrants are also behind most of the rest of our problems.

We must build the danged fence before thousands more die.