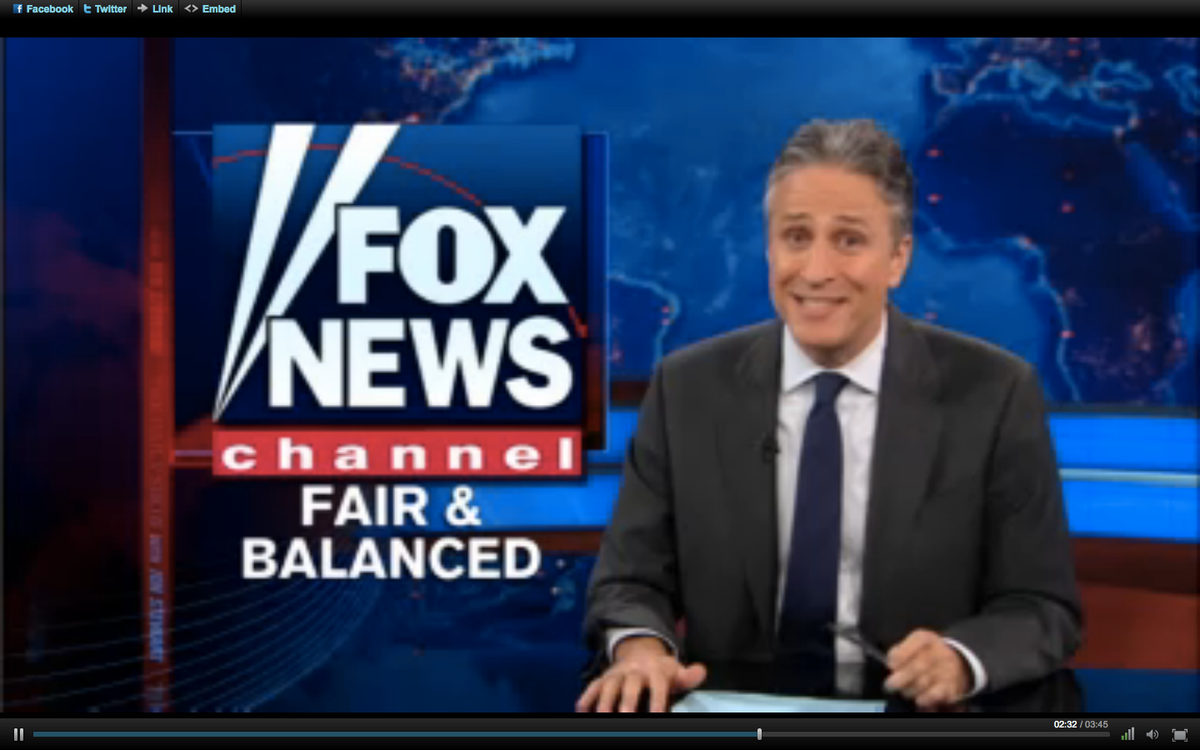 Jon Stewart made headlines on Sunday when, in an interview, he told Fox News's Chris Wallace he was "insane" to think of "The Daily Show's"comedy barbs as "political comment[s]." Stewart told Wallace:

Here is the difference between you and I: I'm a comedian first. ... You can't understand because of the world you live in that there is not a designed ideological agenda on my part to affect partisan change because that's the soup you swim in. I appreciate that. I understand that. It reminds me of, you know -- you know, ideological regimes.

Last night on "The Daily Show," Stewart recommended that his viewers watch the unedited version of the interview -- in which, he said, his arguments come across "a little clearer, and a little less like a scene from 'Women on the Verge of a Nervous Breakdown.'"

In the full version of the conversation, Stewart said, Wallace "[gives] away the game" by declaring he thinks Fox exists to tell "the other side of the story."

"As you know," Stewart quipped, "news only comes in two sides. ... Fox News isn't 'fair and balanced' -- it's balancing the system, man."