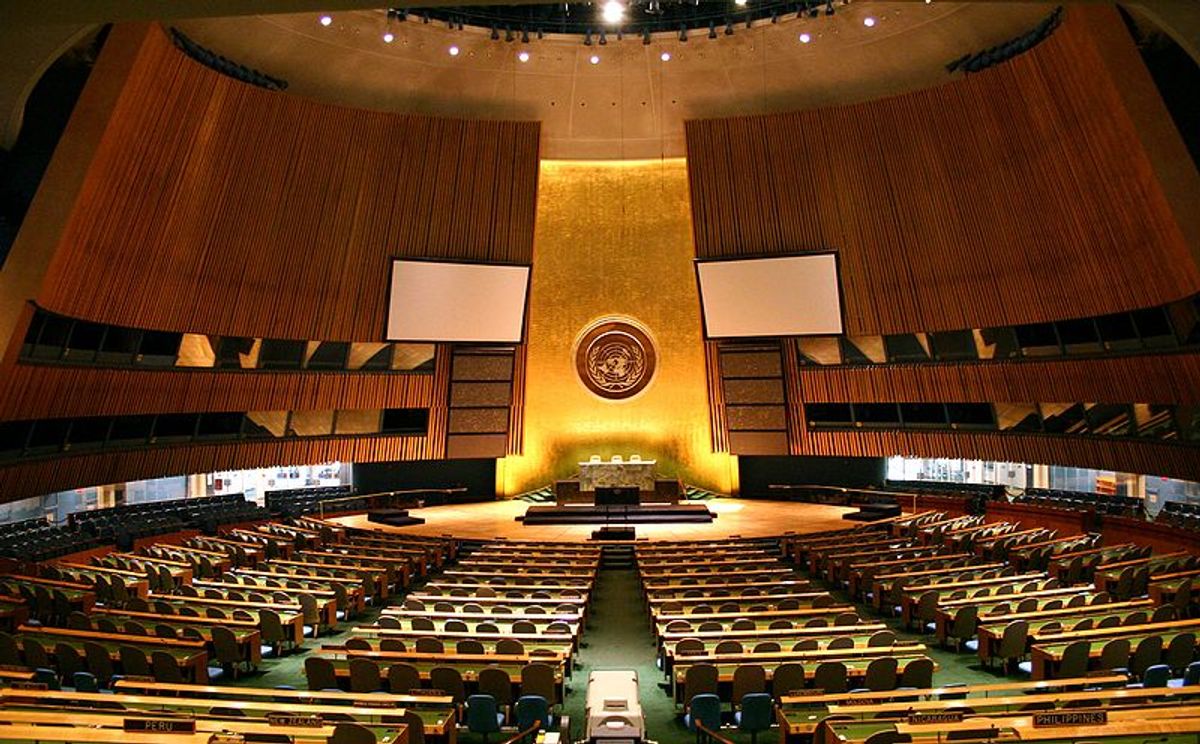 The U.N. General Assembly voted unanimously Tuesday to give Ban Ki-moon a second term as secretary-general, praising him for strengthening the role and visibility of the world body in difficult circumstances.

The 192-member assembly gave the 67-year-old South Korean diplomat another five years at the helm of the U.N. by voice vote. They applauded loudly as assembly president Joseph Deiss banged his gavel and proclaimed Ban's appointment to a new term starting Jan. 1.

Ban said earlier this month that he wanted a second term. He faced no opposition and was recommended by the Security Council for the new term, also by voice vote, last Friday.

He received the endorsement of all regional groups at the U.N., and their chairs joined in sponsoring the General Assembly resolution that was adopted.

Gabon's U.N. Ambassador Nelson Messone, the current Security Council president who introduced the assembly resolution, said Ban has "remarkably and with all objectivity and independence" worked on every continent, to promote peace, justice and international security, "sometimes in particularly difficult and trying circumstances."

After the vote, the secretary-general was escorted to the podium where Deiss told him, "In a complex, difficult international environment, you have strengthened the role and the visibility of the United Nations by adopting reform measures, launching exciting, innovative initiatives, and calling faithfully and constantly for respect for human rights, the rule of law and the other values rooted in our charter."

Ban has pledged to keep leading the world body as a "bridge-builder" at a time of global change.

He has been criticized for lacking charisma and failing to criticize human rights abuses in powerful countries such as China and Russia.

But Ban has won praise for his commitment to climate change, nuclear disarmament and women's issues, his strong recent backing of pro-democracy movements in North Africa and the Middle East, and for supporting military intervention in Ivory Coast and Libya.