Introduction of new warning images represents the most significant change to U.S. cigarette packs in 25 years 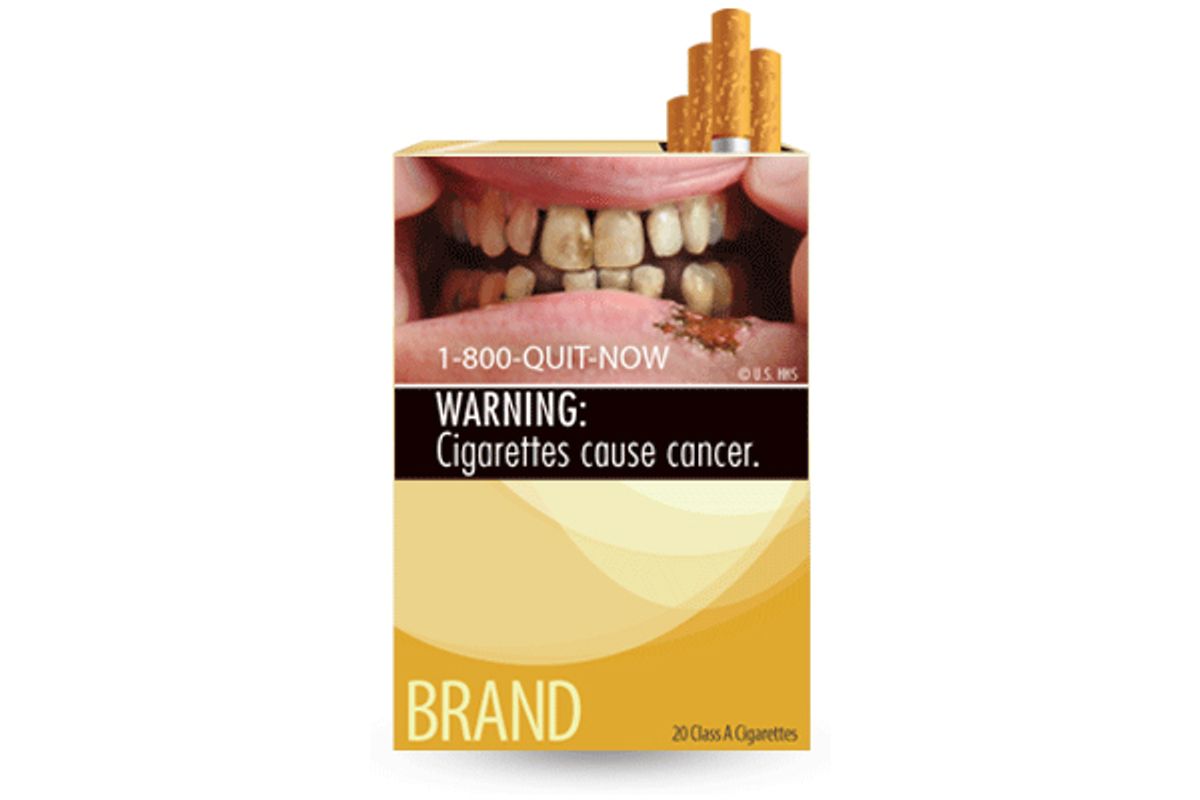 In the most significant change to U.S. cigarette packs in 25 years, the Food and Drug Administration released nine new warning labels that depict in graphic detail the negative health effects of tobacco use.

Among the images released Tuesday are rotting and diseased teeth and gums and a man with a tracheotomy smoking.

The labels will take up the top half of a pack of cigarette packs. Warning labels also must appear in advertisements and constitute 20 percent of an ad. Cigarette makers have until the fall of 2012 to comply.

Mandates to introduce new graphic warning labels were part of a law passed in 2009 that, for the first time, gave the federal government authority to regulate tobacco, including setting guidelines for marketing and labeling, banning certain products and limiting nicotine.

Michael Felberbaum can be reached at http:http://www.twitter.com/MLFelberbaum