Tracy Morgan to apologize for remarks in Nashville 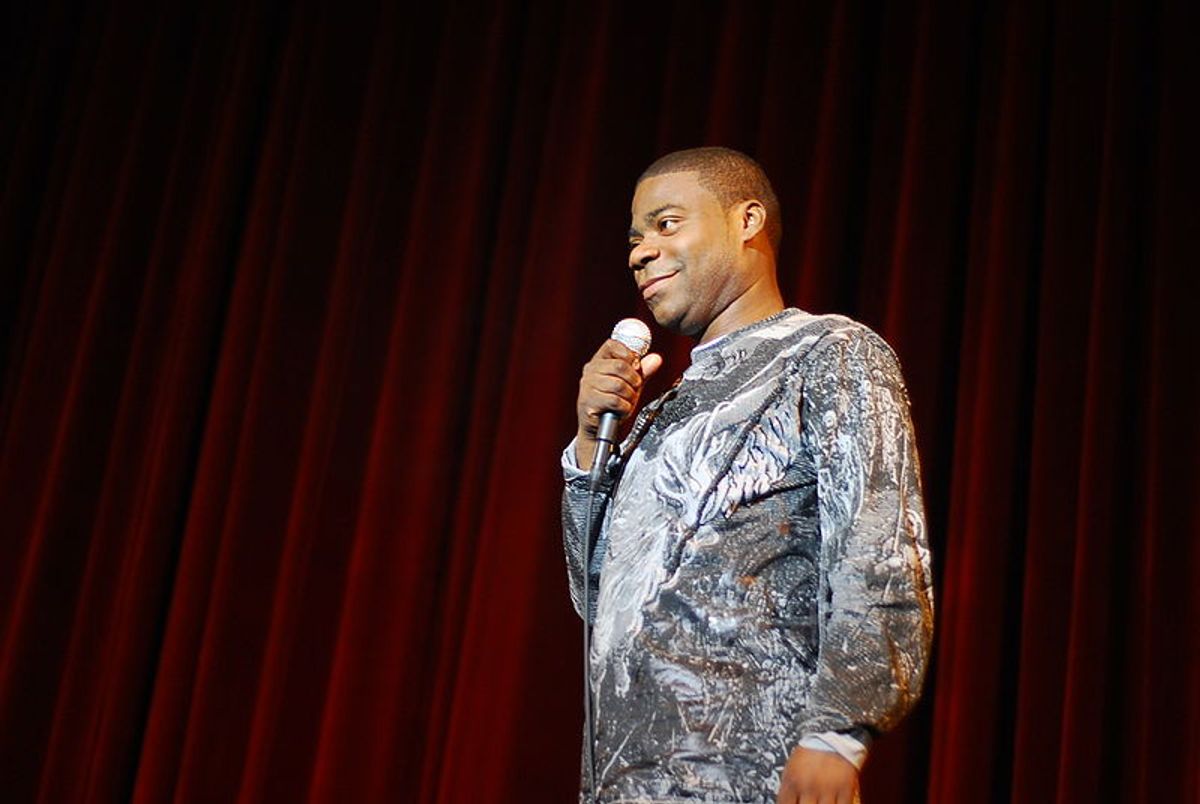 Comedian Tracy Morgan was in Nashville, Tenn., Tuesday to issue an apology to the lesbian and gay community after an anti-gay rant during his June 3 show there drew fire.

Morgan was scheduled to address reporters Tuesday morning at the Nashville Convention Center after meeting with members of the audience who were offended by his comedy routine and representatives from gay advocacy groups.

The "30 Rock" actor already has issued a public apology. He met with homeless lesbian and gay youth and advocates Friday in New York City as well. Morgan agreed to the Nashville meeting at the request of Gay & Lesbian Alliance Against Defamation President Jarrett Barrios.

Morgan was not expected to take questions during the news conference.

The former "Saturday Night Live" cast member is known for an outrageous, unpredictable comedy style where few subjects are taboo. He's tackled homosexual themes and characters before with little outcry. But even Morgan admits he went too far during his June 3 show at Ryman Auditorium in Nashville.

He said during his set that if his son were gay, he would "pull out a knife and stab" him, among other anti-gay statements.

Audience member Kevin Rogers was offended by Morgan's routine and his posting on Facebook brought widespread attention to its content. Rogers is among those Morgan is scheduled to speak with Tuesday before he addresses reporters.

Morgan also is expected to participate in a GLAAD anti-bullying public service campaign.