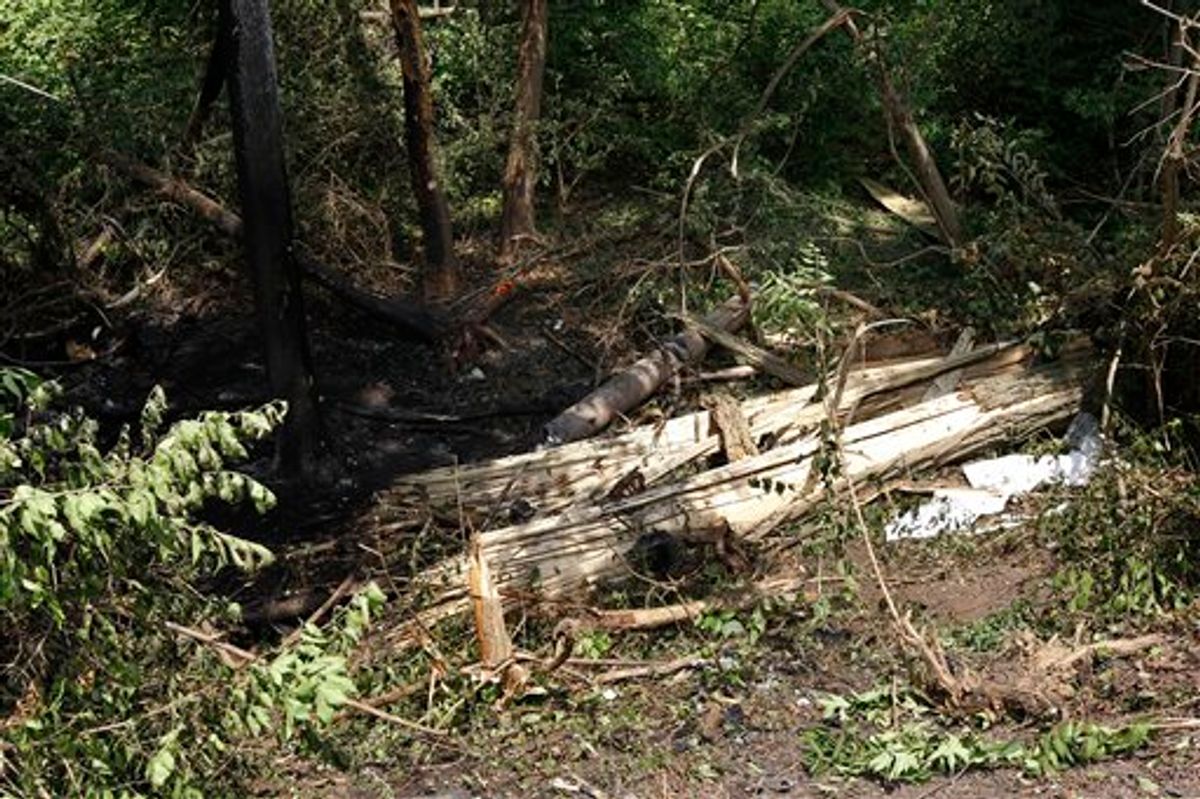 "Jackass" daredevil Ryan Dunn and his passenger died from the impact of the violent car crash and the resulting fire, according to a coroner's report Tuesday.

The 34-year-old Dunn and passenger Zachary Hartwell died early Monday, shortly after leaving a pub in West Chester where Dunn had tweeted a photo of the pair and a third man drinking just hours before the crash. The photo has since been taken down.

Barnaby's of America manager Jim O'Brien declined through an employee to speak to The Associated Press. He told The Philadelphia Inquirer that Dunn was drinking with several friends at the bar but didn't appear drunk.

West Goshen Township police declined Tuesday to discuss the ongoing investigation in detail but believe speed may have been a factor in the suburban Philadelphia crash.

A preliminary examination of the crash site suggested that Dunn's Porsche might have been traveling more than 100 mph in the 55 mph zone when it jumped a guardrail, flew into a wooded ravine, struck a tree and burst into flames.

The 30-year-old Hartwell was credited as a production assistant for the second "Jackass" movie.

Dunn's brother, Eric Dunn, said in an emailed statement to the AP that his family was "devastated."

"We appreciate the support of Ryan's fans during this time, and we are grateful for your thoughts and prayers," he said. "Ryan will be greatly missed, but he will forever remain in our hearts."

Mourners placed flowers and took photos at the accident scene in West Chester, while Facebook and Twitter were buzzing Tuesday with condolences from fans around the world and friends from Hollywood to Chester County.

Glover tweeted, "I don't know what to say, except I love Ryan Dunn and I'm really going to miss him." Glover also canceled six upcoming stand-up comedy shows in Sacramento, Calif., and the venue said it was issuing ticketholders refunds.

There was also criticism, most notably after movie critic Roger Ebert posted on Twitter that "friends don't let jackasses drink and drive." Margera erupted in expletives on his own Twitter page. Ebert's Facebook page was flooded with derogatory posts and briefly taken down; Facebook apologized a few hours later and said the page was "removed in error."

Ebert responded Tuesday that he didn't mean to be cruel and was "probably too quick to tweet" after the crash.