The president will announce a plan today to bring thousands of troops home, starting next month 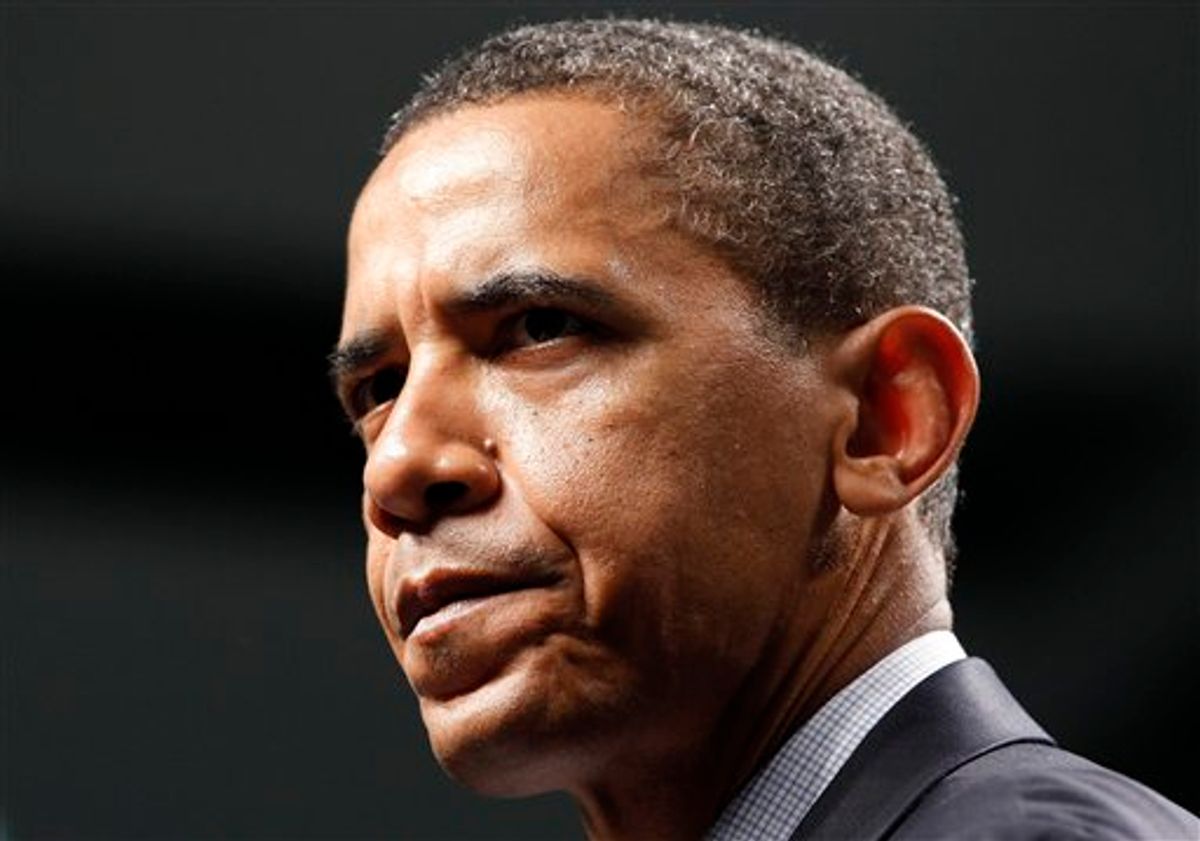 FILE - In this June 15, 2011 file photo, President Barack Obama speaks in Pensacola, Fla. Nearing a critical benchmark in the Afghanistan war, President Barack Obama is considering both how many U.S. troops to bring home next month and a broader withdrawal plan to give Afghans control of their security in 2014. But there are deep divisions over how to achieve that, with military leaders favoring a gradual troop reduction and other advisers pushing for a significant decrease in coming months. (AP Photo/Charles Dharapak, File) (AP)
--

President Barack Obama will move the United States a step closer to ending the war in Afghanistan when he announces plans Wednesday to bring thousands of American troops home, beginning next month.

Administration officials said the president was still in the final phase of a decision-making process that has focused not only on how many troops will come home in July, but also on a broader withdrawal blueprint designed to put the U.S. on a path toward giving Afghans control of their security by 2014.

Obama was given a range of options for the withdrawal last week by Gen. David Petraeus, the top U.S. and NATO commander in Afghanistan. The military favors a gradual reduction in troops but other advisers are advocating a significant decrease in the coming months.

While the president has said he favors a significant withdrawal, his advisers have not quantified that statement.

Obama is expected to make Wednesday's announcement in Washington. On Thursday, he will visit troops at Fort Drum, the upstate New York military base that is home to the 10th Mountain Division, one of the most frequently deployed divisions to Afghanistan and Iraq.

While much of the attention is focused on how many troops will leave Afghanistan next month, the more telling aspects of Obama's decision center on what happens after July, particularly how long the president plans to keep the 30,000 surge forces he sent to the country in 2009.

There is a growing belief that the president must at least map out the initial withdrawal of the surge troops when he addresses the public. But whether those forces should come out over the next eight to 12 months or slowly trickle out over a longer time is hotly debated.

Military commanders want to keep as many of those forces in Afghanistan for as long as possible, arguing that too fast a withdrawal could undermine the fragile security gains in the fight against the Taliban insurgency in Afghanistan, the al-Qaida training ground for the Sept. 11 attacks. There are also concerns about pulling out a substantial number of U.S. forces as the heightened summer fighting season gets under way.

Retiring Defense Secretary Robert Gates has said he believes the initial drawdown should be "modest."

But other advisers are backing a more significant withdrawal that starts in July and proceeds steadily through the following months. That camp believes the slow yet steady security gains in Afghanistan, combined with the death of Osama bin Laden and U.S. success in dismantling much of the al-Qaida network in the country, give the president an opportunity to make larger reductions this year.

There is also growing political pressure on Capitol Hill for a more significant withdrawal. Twenty-seven senators, Democrats as well as Republicans, sent Obama a letter last week pressing for a shift in Afghanistan strategy and major troop cuts.

"Given our successes, it is the right moment to initiate a sizable and sustained reduction in forces, with the goal of steadily redeploying all regular combat troops," the senators wrote. "The costs of prolonging the war far outweigh the benefits."

Arizona Sen. John McCain, the top Republican on the Senate Armed Services Committee, differed with that assessment. He told ABC's "Good Morning America" on Tuesday that he agreed with Gates in hoping the withdrawal would be "modest."

"I believe that one more fighting season and we can get this thing pretty well wrapped up," McCain said.

There is broad public support for starting to withdraw U.S. troops. According to an Associated Press-GfK poll last month, 80 percent of Americans say they approve of Obama's decision to begin withdrawal of combat troops in July and end U.S. combat operations in Afghanistan by 2014. Just 15 percent disapprove.

Obama has tripled the number of U.S. forces in Afghanistan since taking office, bringing the total there to about 100,000. The 30,000-troop surge he announced at the end of 2009 came with the condition that he would start bringing forces home in July 2011.

The president took months to settle on the surge strategy. This time around, aides say the process is far less formal and Obama is far more knowledgeable about the situation in Afghanistan than he was in 2009, his first year in office.

Aides say Obama won't be overhauling the U.S. strategy in Afghanistan as he starts the drawdown. Instead, they say he sees it as a critical part of the process to end the U.S. combat mission in Afghanistan by the end of 2014 and turn security responsibility over to the Afghans.

On a trip to Afghanistan earlier this month, Gates advocated for a comprehensive decision from the president.

"I think to make a decision on July in complete isolation from anything else has no strategic meaning," Gates said. "And so part of that has to be kind of, what's the book end? Where are we headed? What's the ramp look like?"

Gates is retiring from the Pentagon June 30.

There are also indications that the administration, having learned from the U.S. experience in Iraq, will set deadline dates for the drawdown as it progresses, in order to keep pressure on the Afghans and give Congress mileposts.

With Iraq as a blueprint, commanders will need time to figure out what they call "battlefield geometry" -- what types of troops are needed where. Those could include trainers, intelligence officers, special operations forces, various support units -- from medical and construction to air transport -- as well as combat troops.

Much of that will depend on where the Afghan security forces are able to take the lead, as well as the state of the insurgency. Part of the debate will also require commanders to determine the appropriate ratio of trainers versus combat troops.