Barney Frank and Ron Paul team up to legalize marijuana

The expensive, unjust war on drugs brings a House liberal and libertarian together 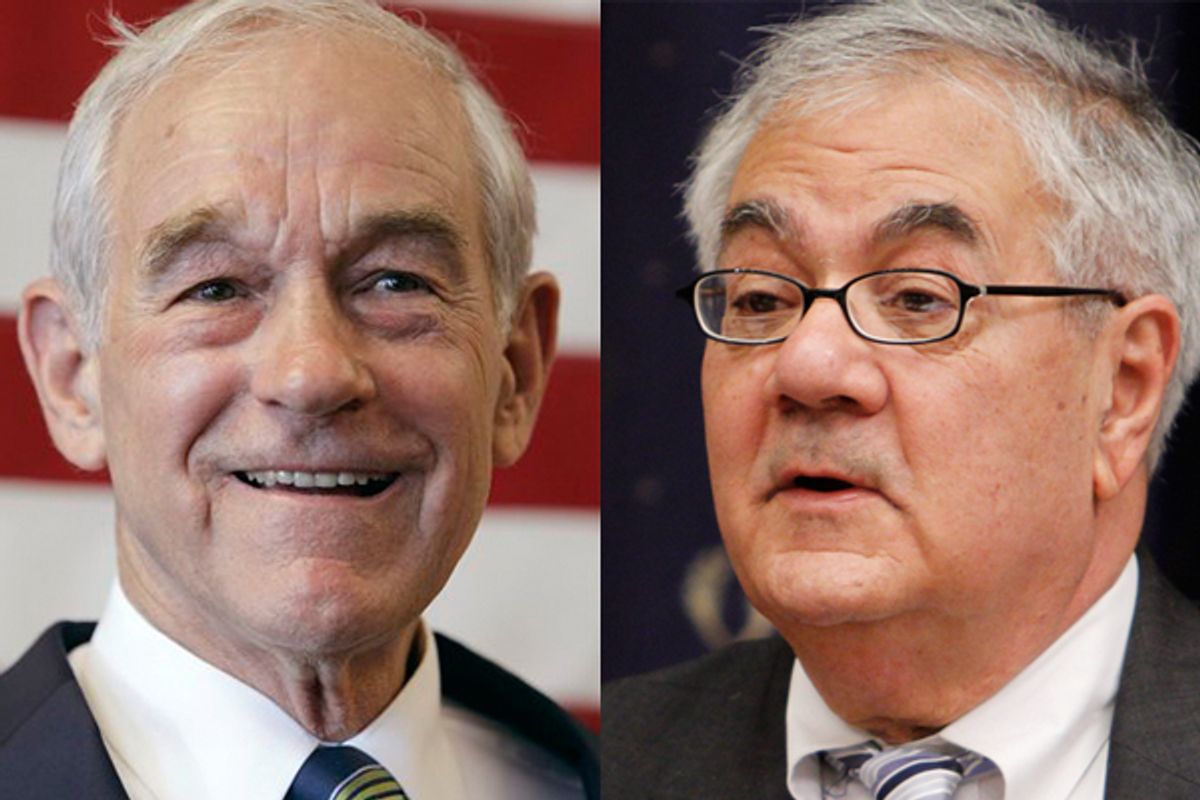 Ron Paul and Barney Frank have teamed up again (after their successful joint HuffPo editorial of 2010) to introduce legislation legalizing marijuana. Not decriminalizing it, but actually totally legalizing it. Wouldn't that be wild?

It is being billed as "bipartisan legislation" but obviously Ron Paul is the only Republican co-sponsor. According to the Marijuana Policy Project: "The legislation is the first bill ever introduced in Congress to end federal marijuana prohibition."

On this, the (disputed) 40th anniversary of the War on Drugs, basically every thinking person agrees that marijuana prohibition is an expensive failure. But this will probably not even get a floor debate in the House of Representatives. Or maybe I'm wrong! We'll see!