In Syria, an unlikely tactic to protest rape 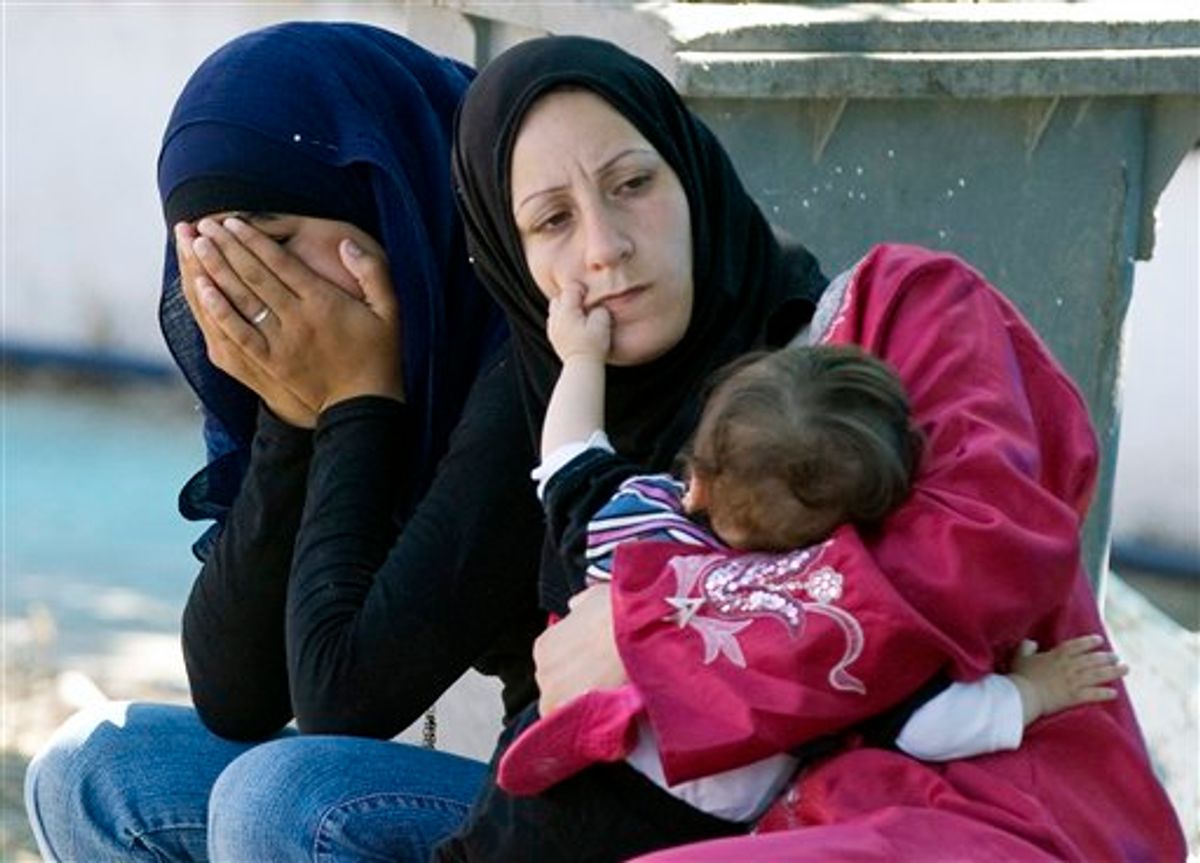 A Syrian refugee mother feeds her baby as another covers her face, in a makeshift hospital in a newly opened refugee camp in the Turkish town of Yayladagi in Hatay province, Turkey, Wednesday, June 22, 2011. The U.N. refugee agency said that 500 to 1,000 people a day have been crossing from northern Syria into Turkey since June 7, and more than 10,000 were being sheltered by Turkish authorities in four border camps(AP Photo/Burhan Ozbilici) (AP)
--

Numerous stories of sadistic, brutal rape at the hands of security forces have come out of Syria. As Time reported, of the refugees from the northern Syrian town of Jisr al-Shughour now camped in Turkey, seemingly had all heard some or other horrifying story of sexual assault on Syrian women and girls.

Some Syrian men are protesting this sexual violence with an unusual tactic: they are vowing to marry victims of rape. As Foreign Policy reported:

Four teenage sisters from the Syrian-Turkish border town of Sumeriya are now among the growing number of rape victims in Syria. Though reportedly recovering in a Turkish hospital, the women could face a lifetime of shame in a country where honor killings have been reported to restore a family's honor.

When news spread of the sisters' plight, a group of men from a nearby town vowed to marry the women, defying tradition.

One of the men in what is a small but growing movement said:

I know that these girls suffered. They were taken against their will. I don't care what they look like, the point is to stand by them, and I do with all of my heart.

The way notions of shame and dignity play out in Syrian society make rape all the more potent a weapon. For this reason, there is undeniably something noble about people stepping forward to save victims of assault from further discrimination.

However, to say that the marriage protests are "defying tradition" seems to go too far. The fact that the only way these rape victims can be saved from further indignities, even murder, is through marriage illustrates the profoundly traditional setting of the current unrest. A raped woman can either be shamed or married. The hope, however, is that men who vow to marry victims of rape show themselves unphased by the stigma attached to rape victims and nullify rape as a weapon to silence unrest.