The right's real problem with immigrants

Do conservatives just want someone to punish? 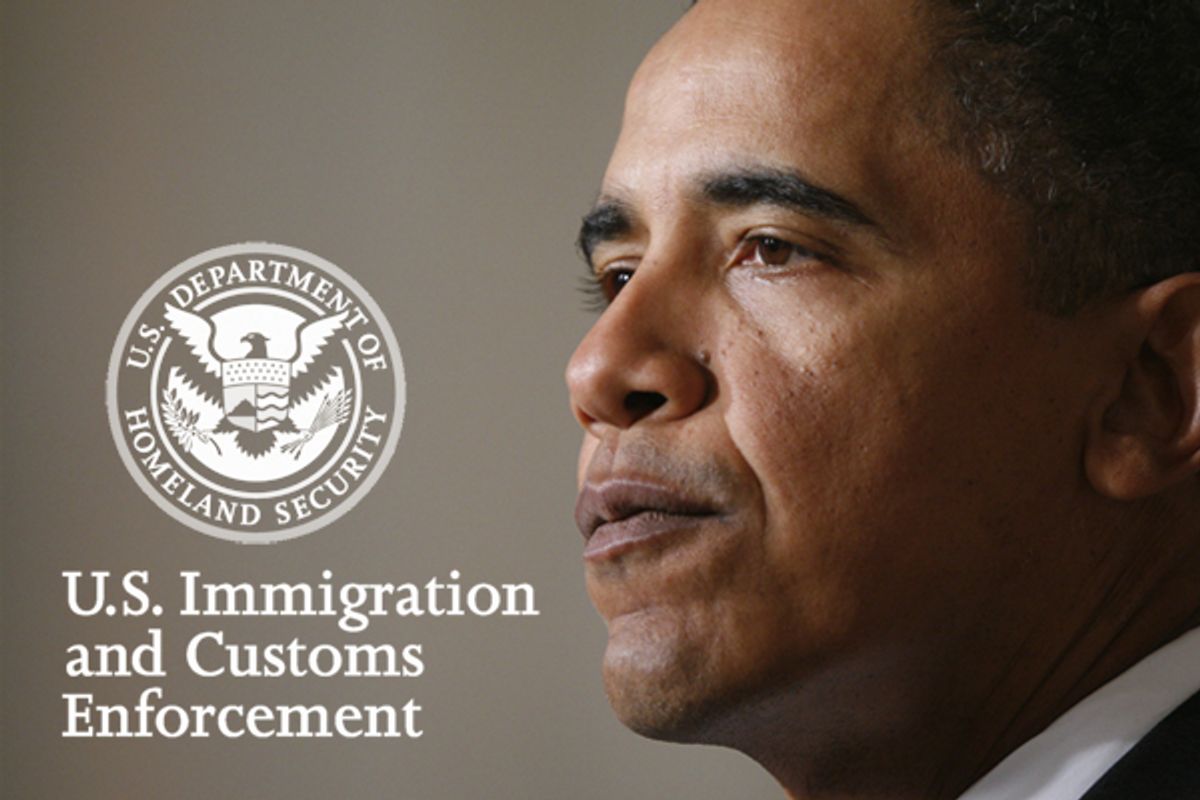 Last Friday, the U.S. Immigration and Customs Enforcement issued a memo saying that field agents and office directors should focus on only deporting dangerous illegal immigrants, instead of just any illegal immigrants they find. The conservative press, obviously, dubbed this a "stealth DREAM Act" and an act of "loosening the border rules for 2012." (The DREAM Act was the bill that would've allowed some minuscule number of basically perfect Americans unlucky enough to have been born elsewhere the opportunity to eventually become citizens. It failed. Repeatedly.)

That's obviously, patently absurd: The White House is still deporting more people than any previous administration and this memo only calls for some discretion in deciding whom to deport, because the nation literally cannot deport them all. ("Also on Friday, Mr. Obama extended the deployment of some 1,200 National Guard troops who are backing up immigration agents along the Southwest border." Why won't the president protect us from the Mexicans?)

But the question of whether we should allow immigration agents more discretion in deciding whether to defer or cancel deportations is not really what everyone is mad about, on the right. They're just mad at the thought that some immigrants might not get in trouble.

It's an urgent need to punish the "illegals" that animates so much anti-immigration rhetoric. It's probably related to the old conservative fear that, in Ta-Nehisi Coates' memorable formulation, somewhere, somehow, a black person is getting away with something. But the higher-brow arguments (as opposed to Lou Dobbs' rantings) aren't even particularly informed by anti-Latino sentiment: It's just people of privilege judging others for "not playing by the rules." It's a lot easier to play by the rules when you're born a winner!

Yes, these people broke the law. Everyone breaks the law. More than 40 percent of Americans admit to having smoked weed. George W. Bush drove drunk and used cocaine. He was only arrested for one of those things -- and never went to jail, let alone faced a loss of citizenship and a 10-year exile in another country.

Take the story of Jose Antonio Vargas, the journalist who "outed" himself as an illegal immigrant in the New York Times Magazine this week. Part of the story that was eye-opening to people unfamiliar with the life of an undocumented American was the lengths to which one has to go to do simple things like ... travel. Or drive. Or switch jobs.

The argument for withholding sympathy -- here's the reasonable Daniel Foster using it at the Corner -- basically boils down to the fact that an undocumented immigrant is forced to commit crimes in order to remain in the country, and it's wrong to "reward" people with a history of criminal behavior with citizenship:

But the second part of his story, in which a fear- and shame-driven Vargas, with the aid of his family, perpetuated and compounded those crimes (Vargas eventually got around to what you might redundantly call fraudulent tax fraud, repeatedly reporting himself as a citizen rather than a “permanent resident”, when in fact he was neither), elicits from me nothing like the outpouring of support Vargas is already enjoying on the Left.

Right. And if he hadn't done those things, Vargas would've been unemployed or deported to the Philippines. I'm guessing Foster's never had to deal with anything remotely like that, but he surely can imagine what he would've done in Vargas' place? (Sorry, I forgot, "empathy" just means "soft on crime.")

As long as our immigration system remains so badly broken, just about anything an otherwise responsible undocumented American does to stay in this country seems justified to me. "Playing by the rules" is a literal impossibility for millions. The fact that an "illegal's" mere presence in her own home is a violation of the law makes it an unjust law.