Sometimes, small differences in oil supply can have a big effect. Now might be one of those times 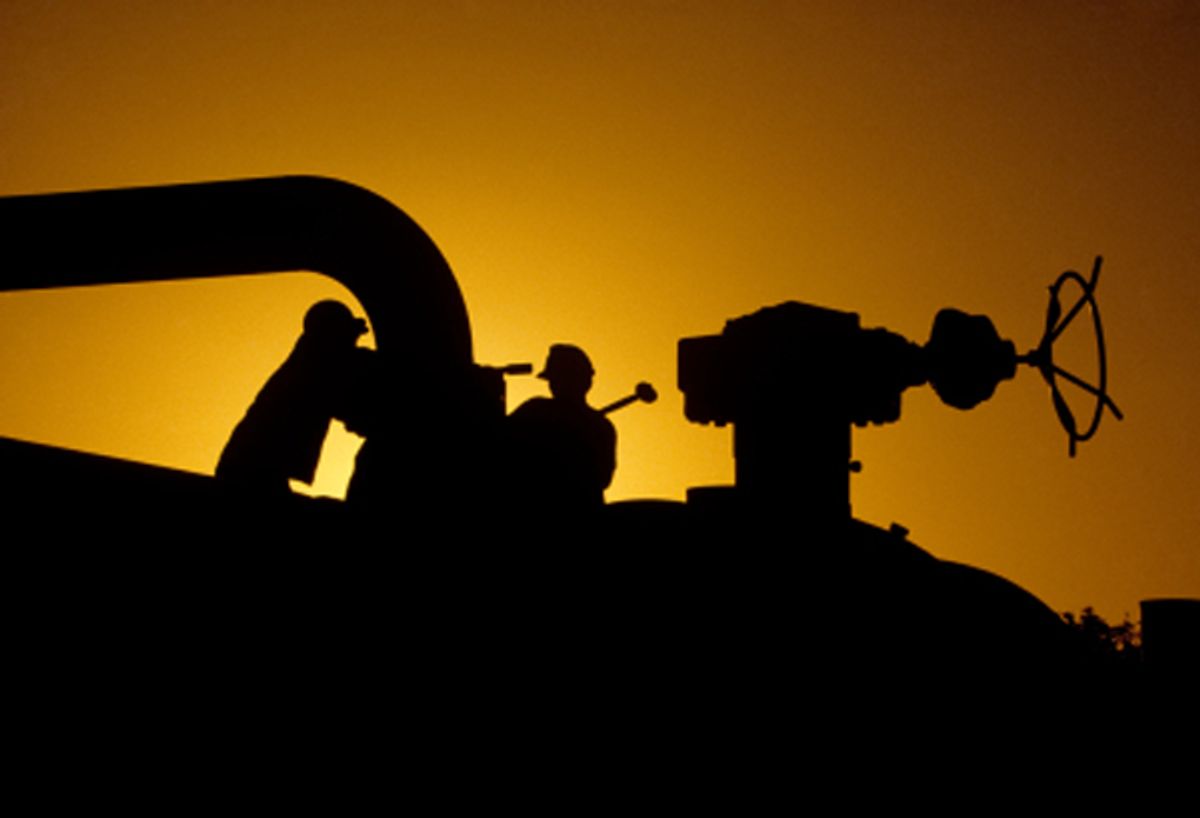 The International Energy Agency announced Thursday that a coalition of 28 IEA member countries would "release" 60 million barrels of oil from stockpiles over the next month. The United States will do the bulk of work, contributing 30 billion barrels from its Strategic Petroleum Reserve.

At first glance, the decision seems odd. The Strategic Petroleum Reserve is supposed to be deployed only when the United States faces a major oil disruption. One can make a decent argument that the war in Libya qualifies under that definition, but oil prices have actually been falling for the last two months. And on Wednesday Goldman Sachs reported that oil production from rebel-controlled regions in Libya is on the rise, suggesting that the worst may be already over.

There's also the question of what difference releasing a few million barrels here or there could possibly make. When the world is consuming around 89 million barrels a day, 60 million in a month is less than a drop in the bucket. Business Insider's Joe Weisenthal was quick to scoff: 60 million barrels represents "about 17 hours of global oil consumption." "This really is a big, inconsequential waste," he said. Other bloggers were quick to chime in, and Republican politicians predictably blasted the decision.

But it's not that simple.

The key factor driving oil prices is that demand is outstripping supply -- but the current gap isn't that huge. The May oil market report from the International Energy Agency pegs average global oil consumption in 2011 at around 89.3 million barrels a day, but notes that supply in May came in at a little under 88 million barrels a day. Libya produced around 1.5 million barrels per day of much sought-after, high-quality, sweet light crude oil before the country dissolved into chaos. In May, production had fallen to 100,000 barrels a day. Global oil prices are going to be affected when you suddenly subtract over a million barrels a day of the most in-demand oil in the world from a market that is already razor-tight.

Similarly, adding the same amount of oil to the market can make a disproportionate difference. The IEA plans to release 2 million barrels a day, which would more than make up for the absence of Libyan oil. And even though oil prices have been declining, the timing is still significant, because typically oil and gas prices rise over the course of the summer driving season.

There's an obvious political rationale for governments currently worried about signs of slowing growth in the global economy to attempt some action on oil prices now. A marginal difference in oil supply could take the steam out of speculators betting on a summer spike, offer some relief at the gas pump at exactly the moment prices usually rise, and reduce some of the additional downward pressure on the overall economy exerted by the high cost of energy. If the Libyan conflict resolves itself sooner rather than later, we might look back at this release of oil as exactly the kind of temporary measure the situation demanded.

In the long run, of course, the critics are absolutely right: the IEA's move won't make much of a difference at all. Releasing oil from stockpiles does nothing to address the long-term drivers of oil prices -- namely, increasing demand from emerging economies such as China and the steadily higher cost of developing new sources of oil production. The longer the Libyan conflict drags on, the less benefit will accrue from stockpile releases that attempt to patch that hole. But in the short run, it could be a smart move, one of the very few levers the White House -- or any other government -- can still push that might have an impact on the economy, this summer.

Energy How The World Works