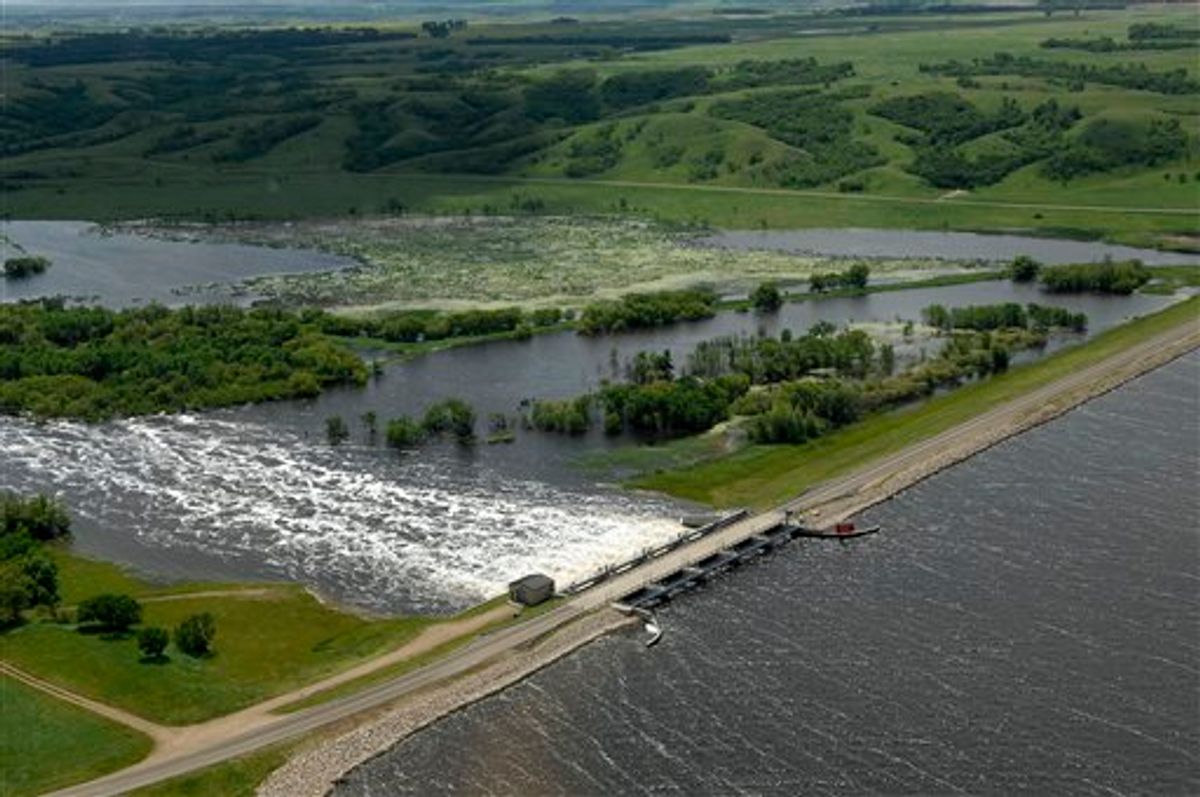 Water flows from Lake Darling into the Souris River on Wednesday, June 22, 2011. Lake Darling is located about fifteen miles north of Minot, ND. As many as 10,000 people raced to evacuate Wednesday as water began spilling over Minot's levees. The river, which begins in the Canadian province of Saskatchewan and flows for a short distance though North Dakota, was all but certain to inundate thousands of homes and businesses during the next week. (AP Photo/Will Kincaid) (AP)
--

Sirens in the North Dakota city of Minot are sounding to warn that the Souris River has begun to overtop levees earlier than anticipated.

The warning came five hours ahead of a looming deadline for nearly 11,000 residents to evacuate their homes for a second time in a month.

Water from the Souris River, which loops down from Canada through north central North Dakota, has been bloated by heavy spring snowmelt and rain on both sides of the border.

The resulting deluge is expected to dwarf a historic flood of 1969, when the Souris reached 1,554.5 feet above sea level. The river is expected to hit nearly 1,563 feet this weekend -- eventually topping the historical record of 1,558 feet set in 1881.