"Only the president, in the end, can really determine the acceptable level of risk we must take" 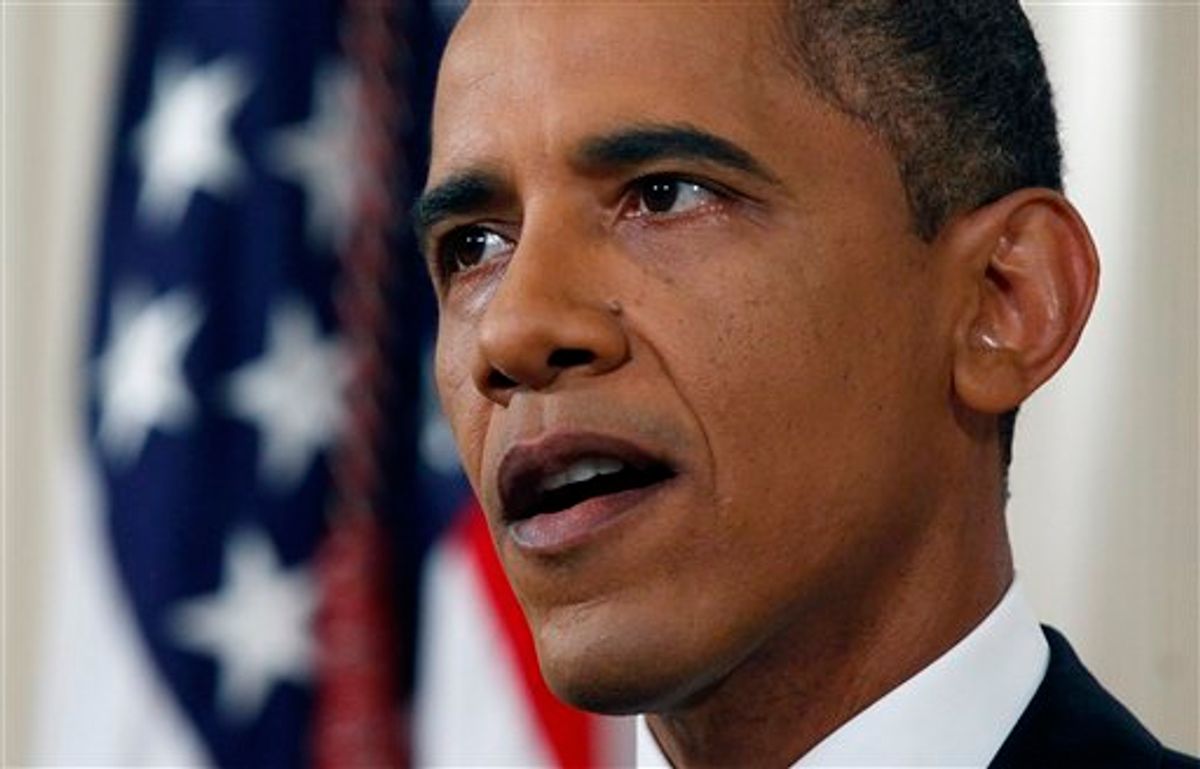 The U.S. military's top officer told Congress on Thursday that President Barack Obama's decision to withdraw up to 33,000 troops from Afghanistan by next summer is risky but keeps the U.S. and its allies on a path toward stabilizing the country.

In testimony to separate congressional panels, Navy Adm. Mike Mullen and Secretary of State Hillary Rodham Clinton left no doubt that Obama chose a quicker path to winding down U.S. military involvement in Afghanistan than his generals preferred.

"The president's decisions are more aggressive and incur more risk than I was originally prepared to accept," Mullen, chairman of the Joint Chiefs of Staff, told the House Armed Services Committee.

"More force for more time is, without doubt, the safer course," he added. "But that does not necessarily make it the best course. Only the president, in the end, can really determine the acceptable level of risk we must take. I believe he has done so."

Obama announced Wednesday evening that the U.S. and its allies had achieved enough in Afghanistan to merit a drawdown of forces beginning this summer. Obama said 10,000 troops would come home by the end of this year, to be followed by as many as 23,000 by the end of next summer. That will leave about 68,000 U.S. troops there.

In her testimony to the Senate Foreign Relations Committee, Clinton tacitly acknowledged the military had wanted more troops to remain for a longer period of time.

"I think it would be totally understandable that a military commander would want as many troops for as long as he could get them," Clinton said. "But any military commander with the level of expertise and experience that Gen. Petraeus has also knows that what he wants is just part of the overall decision matrix and that there are other factors at work." David Petraeus is the top U.S. commander in Afghanistan.

"So, at the end of the day, I think that the president made the right decision," Clinton added.

Petraeus has not commented publicly on Obama's plan. He was scheduled to testify later Thursday at a confirmation hearing on his nomination to lead the CIA.

Clinton said the drawdown is timed to leave some of the approximately 30,000 "surge" forces Obama had added in place through the spring and summer of next year -- traditionally the heaviest fighting period each year.

Mullen did not reveal his own recommendation to Obama but indicated that the president's approach comes close to risking failure. He told lawmakers that to pull out more than the 10,000 this year or to hasten their exit earlier than next summer would "undo all the gains" that the 2010 surge of U.S. military forces has achieved.

The Obama plan has drawn criticism from Democrats as well as Republicans. Congressional Democrats call the pullout too slow. Many Republicans say it is too fast.

"It has been the hope of many in Congress and across the country that the full drawdown of U.S. forces would happen sooner than the president laid out -- and we will continue to press for a better outcome," said House Minority Leader Nancy Pelosi, D-Calif., leading a chorus of disgruntled Democrats who took the president to task, albeit politely.

From across the aisle, the Republican response to Obama's timeline for withdrawing tens of thousands of troops was measured. House Speaker John Boehner, R-Ohio, warned Obama not to sacrifice the gains the U.S. has made in Afghanistan, while Arizona Sen. John McCain said the drawdown was too rash.

"This is not the 'modest' withdrawal that I and others had hoped for and advocated," McCain said in a statement following Obama's prime-time address to the nation Wednesday night.

Defense Secretary Robert Gates, who is retiring next week, issued a statement Wednesday night saying he supports the president's decision because "it provides our commanders with enough resources, time and, perhaps most importantly, flexibility to bring the surge to a successful conclusion."

Some in Congress have suggested that Obama was playing politics with the war plan.

Potential GOP presidential candidates were quick to weigh in with criticism.

Former Massachusetts Gov. Mitt Romney accused Obama of proposing an "arbitrary timetable" and said the decision on withdrawing troops "should not be based on politics or economics." Former Utah Gov. Jon Huntsman said the approach in Afghanistan should be focused on counterterrorism, "which requires significantly fewer boots on the ground than the president discussed tonight."

Military commanders favored a plan that would allow them to keep as many of the 30,000 surge troops in Afghanistan for as long as possible, ideally through the end of 2012.

Also Thursday, Afghan President Hamid Karzai promised that his nation's youth will stand up and defend Afghanistan as the U.S. begins to pull out. Karzai thanked international troops for their support and said "the people of Afghanistan will be protecting their homeland."

As he works to sell his withdrawal plan, Obama on Thursday was to visit Fort Drum, the upstate New York Army post that is home to the 10th Mountain Division, one of the divisions deployed most frequently to Afghanistan and Iraq.

Obama ordered more than 30,000 "surge" forces to Afghanistan in 2009 in order to rescue a flailing effort, and promised to start bringing them home in July of this year. In his speech Wednesday night, he declared: "The tide of war is receding."

Most Americans oppose continuing the war in Afghanistan. At least 1,500 members of the U.S. military have died and 12,000 have been wounded since the war began in late 2001. The financial cost of the war has passed $440 billion and is on the rise, jumping to $120 billion a year.