Birthers: You know who else wasn't eligible for the presidency? Hitler! 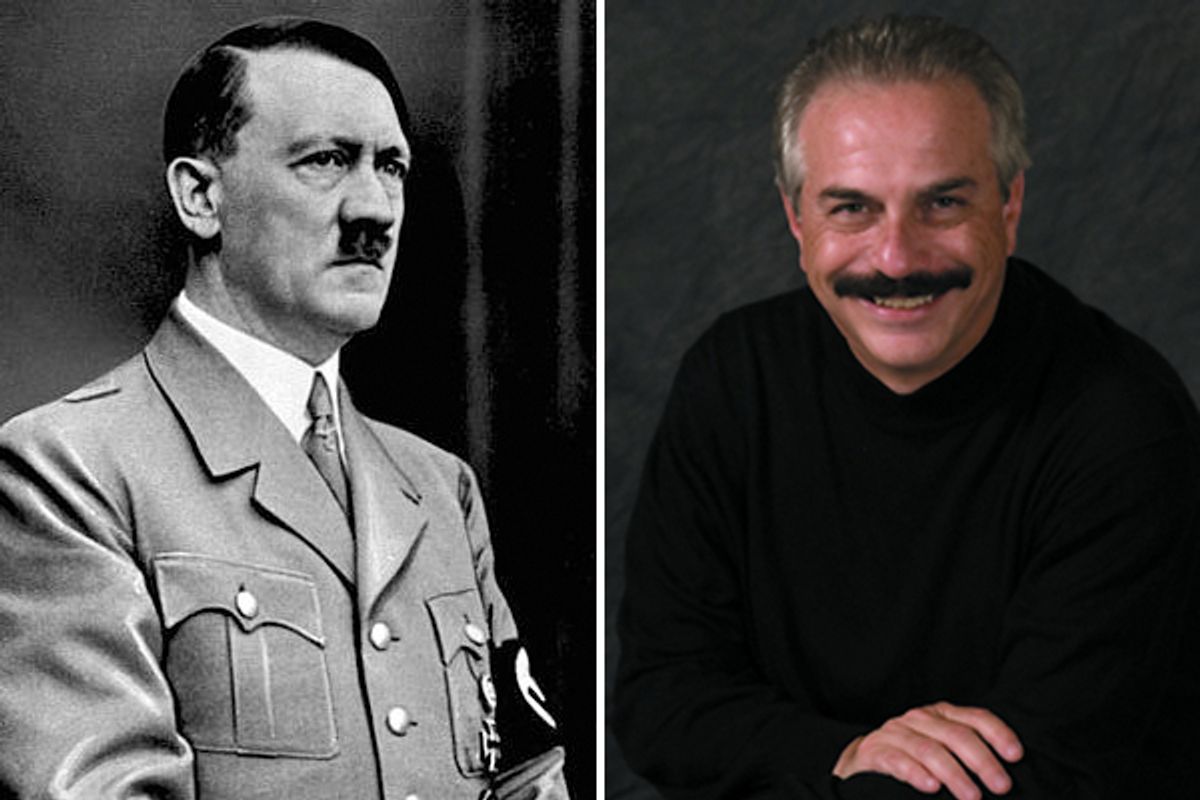 Joseph Farah, founder of WorldNetDaily, the Internet's dumbest news organization, has posted a very compelling and serious editorial today at his silly website of nonsense and post-apocalyptic seed advertisements. To sum it up: Barack Obama is ineligible to be president because Hitler.

The American political and media elite have determined, for whatever reason, that the Constitution's eligibility requirements for the presidency are not important.

That is the only conclusion one can draw from the misinformation, disinformation and disinterest they have shown to the serious questions swirling around not only the unique case of Barack Obama but also to the definition of "natural born citizen" in future presidential elections.

It happened in 1932 in Germany with a candidate named Adolf Hitler.

"Failing republics"! Why does Joseph Farah not believe in American exceptionalism?

Also, I know this is entirely beside the point, but: Hitler wasn't ever elected president. He was appointed chancellor by German President Paul von Hindenburg. (The "loophole" that allowed Hitler to assume that office was that he legally obtained German citizenship.) When Hindenburg died, Hitler left the presidency vacant and (illegally) assumed the power of the office, but not the title. In other words: Hitler, who was legally eligible to be the president of Germany, was never the president of Germany.