Comedian wonders: Why are senators voting on the state's official vegetable when they could address gay marriage? 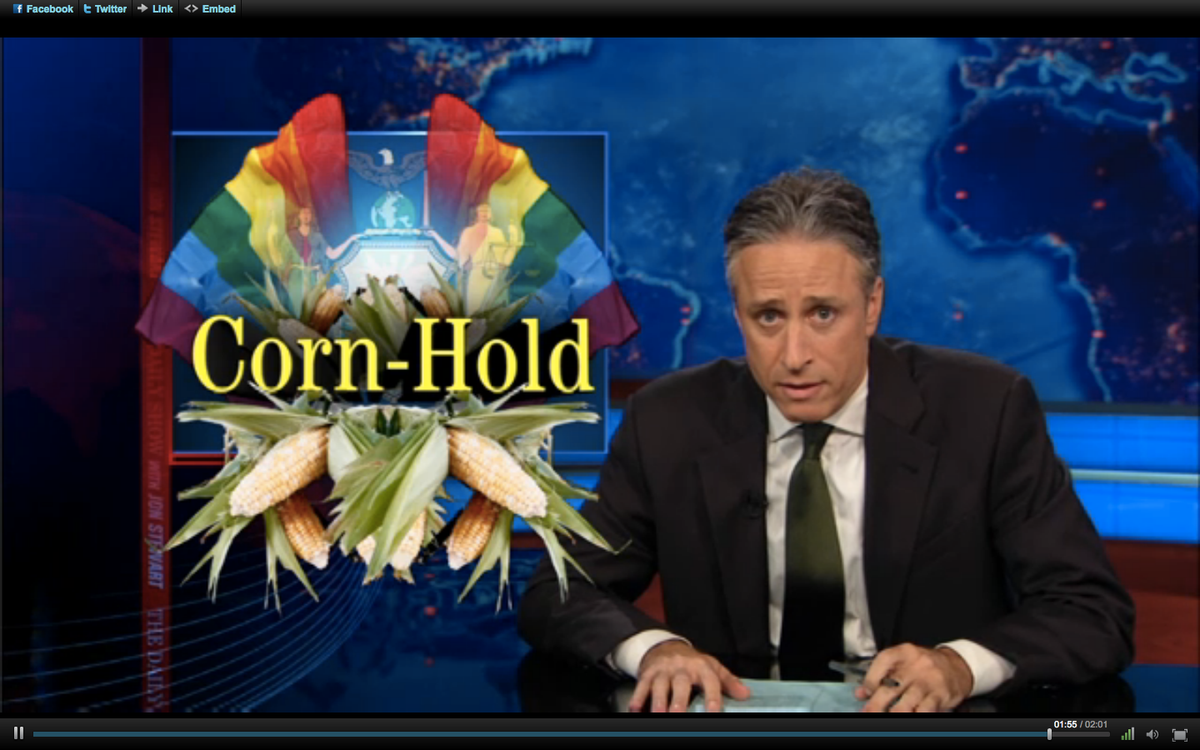 The New York state Senate still hasn't brought Gov. Andrew Cuomo's Marriage Equality Act to a vote, despite days of extra meetings (the bill needs only one more vote to pass). Last night on "The Daily Show," Jon Stewart took a look at some of the other issues legislators have been addressing in their extended session -- and made it clear he doesn't think a vote on New York's state vegetable is quite as pressing as a decision on gay marriage.