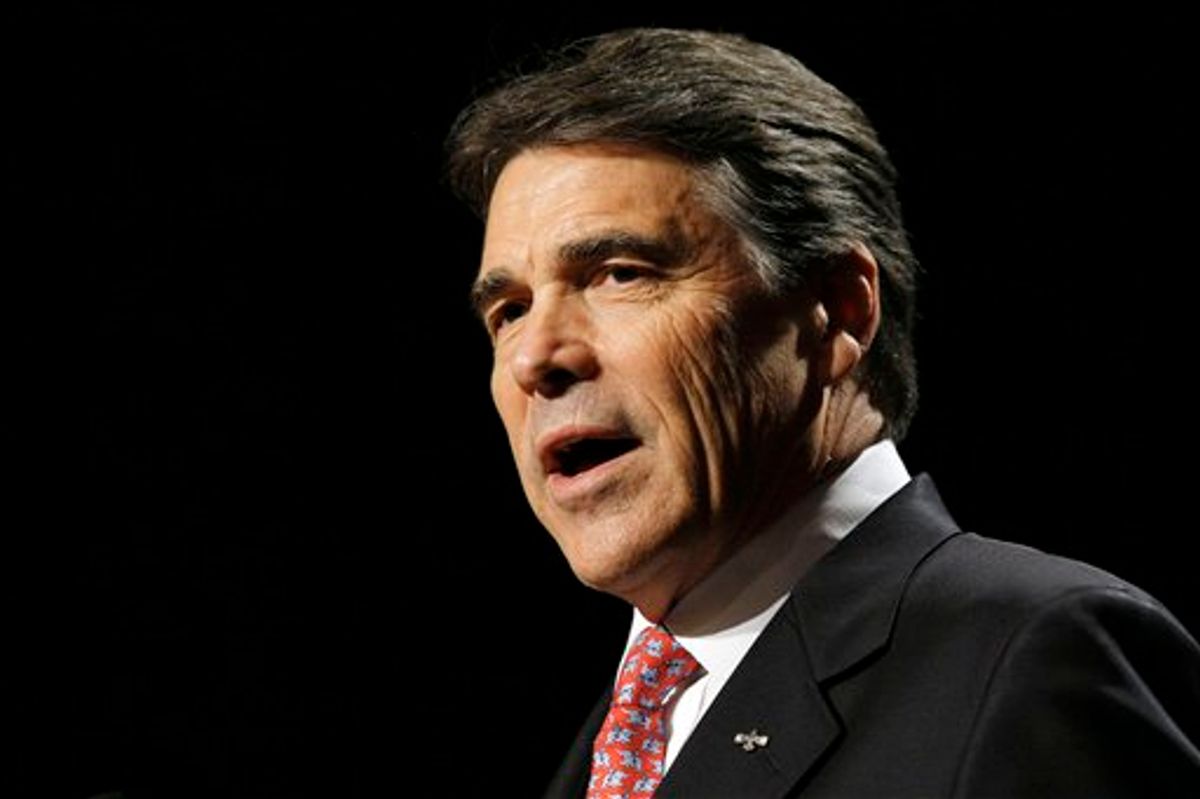 Texas Gov. Rick Perry speaks during the 28th annual National Association of Latino Elected and Appointed Officials conference, Thursday, June 23, 2011, in San Antonio. Perry is considering a run for president. But he received a tepid reception Thursday following speeches by Democratic Hispanic leaders. They denounced some of Perry's most prized policies as openly hostile to Hispanics. Among those issues is a requirement for tougher enforcement of immigration laws. (AP Photo/Darren Abate) (AP)
--

Here's a joke that Texas Gov. Rick Perry should probably leave out of his stump speech:

Gov. Rick Perry received a tepid response when he addressed the National Association of Latino Elected and Appointed Officials on Thursday, joking about the pronunciation of a Hispanic appointee's last name and frequently staring blankly at the audience when they failed to respond to his conservative applause lines. ...

But a joke about how perfect it was to appoint Jose Cuevas to the Texas Alcoholic Beverage Commission because his name sounds like Jose Cuervo - a brand of tequila - fell flat. Perry struggled to regain his confidence as he described Texas as a land of opportunity.

According to a San Antonio news report, just a handful of people in the audience of 500 applauded after the potential presidential hopeful's speech. And there were protesters outside denouncing several harsh immigration laws backed by Perry.

I've asked the group hosting the conference for full video of Perry's speech and I will update if I hear back.

UPDATE 7/5/11: And, finally, here's the video of the speech. It appears, contra the AP report, that at least some members of the audience did chuckle at the tequila joke. Though AP's observation that there was very little applause throughout the speech in response to Perry's conservative talking points is accurate.