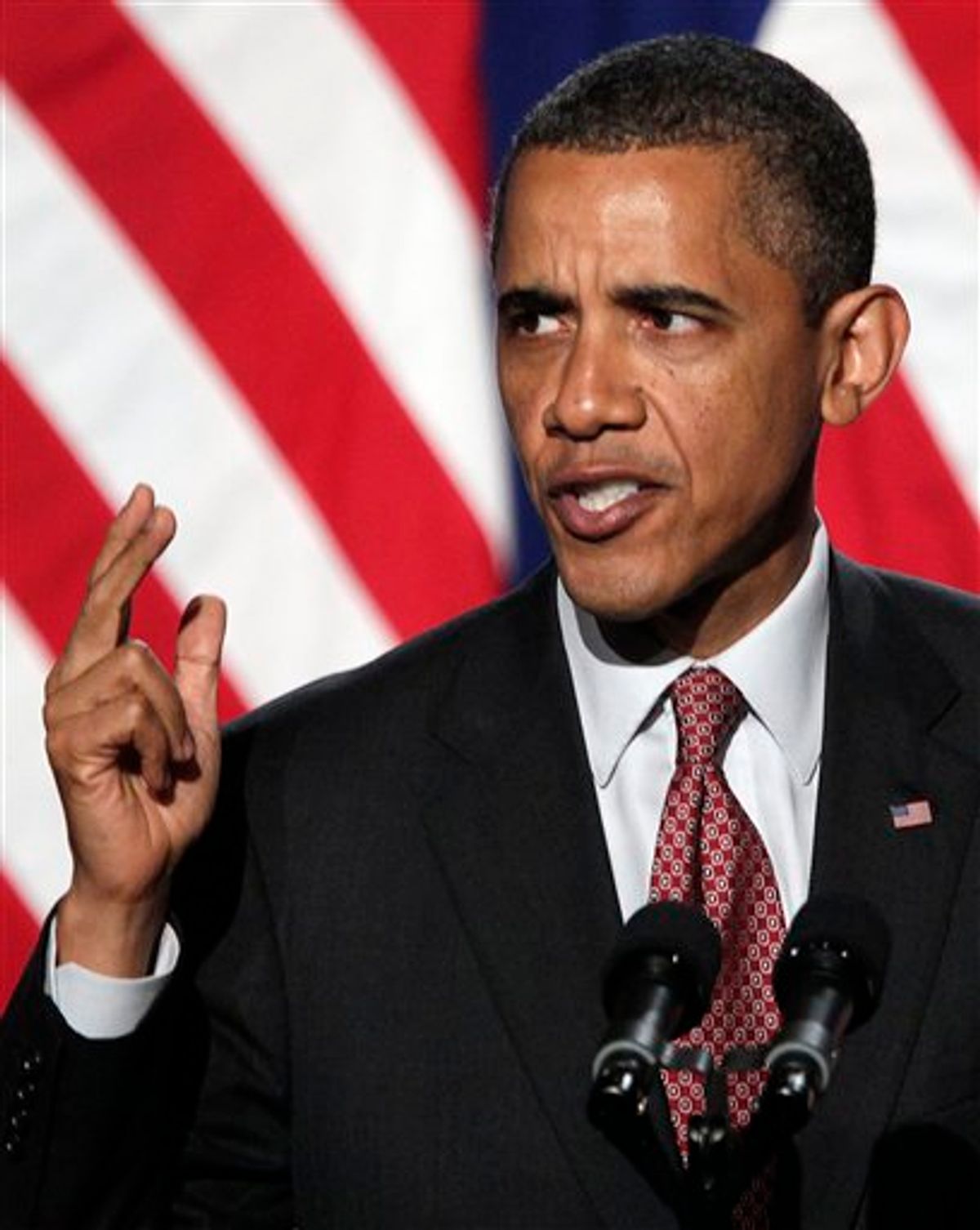 The White House meetings, announced Friday by press secretary Jay Carney, would seek to pick up where negotiations headed by Vice President Joe Biden left off. Republican negotiators abandoned those talks Thursday over Democrats' insistence on including tax increases in any deficit-reduction plan.

McConnell has been demanding that Obama become personally involved in the budget discussions.

Congressional Republicans want to reach a deal on about $2 trillion in spending cuts over 10 years before agreeing to raise the nation's borrowing limit, currently capped at $14.3 trillion. The Treasury Department has said it has until Aug. 2 before its ability to pay U.S. debt runs out.

Obama has repeatedly called for a "balanced framework" for long-term deficit reduction, saying cuts in spending are necessary but that additional tax revenue should also be part of the equation. Democrats insist that additional revenues be found by closing tax breaks, alongside the trillions of dollars in spending cuts.

House Speaker John Boehner on Friday ruled out any tax increase as part of a final budget deal.

In a statement following the White House invitation, McConnell said Obama needs to decide between tax hikes or a bipartisan agreement. "He can't have both," McConnell said.

"Sadly, the Democrats' response has been a mystifying call for more stimulus spending and huge tax hikes on American job creators. That's not serious, and it is my hope that the president will take those off the table on Monday so that we can have a serious discussion about our country's economic future," McConnell said.

The decision by House Majority Leader Eric Cantor, R-Va., and Sen. Jon Kyl, R-Ariz., to quit deficit-reduction talks as a critical deadline approaches set the stage for Obama to step in.

It had long been assumed that the Biden group would clear the way for more decisive talks personally involving Obama and Boehner. As a result, Cantor's move was interpreted as trying to jump-start the talks rather than blow them up -- a view shared by Cantor himself.

"The purpose here is to alter the dynamic," Cantor said.

In fact, Cantor's withdrawal came after Boehner had already made a trek to the White House -- in a secret meeting Wednesday night that followed up on a golf outing with Obama over the weekend. For his part, Cantor didn't inform Boehner of his decision to leave the talks until Thursday, shortly before the news broke.

The White House sought to put a positive spin on developments.

"As all of us at the table said at the outset, the goal of these talks was to report our findings back to our respective leaders," Biden said in a statement. "The next phase is in the hands of those leaders, who need to determine the scope of an agreement that can tackle the problem and attract bipartisan support."

For his part, Cantor said the secretive Biden-led talks had "established a blueprint" for agreement on significant cuts in spending.

One of the byproducts of Cantor's departure was to provide an opportunity for partisans on all sides to make statements at odds with the positions they may have to take to achieve a deal. Democrats insist that at least some new revenues are needed -- both to soften spending cuts and to line up the Democratic votes needed to pass the measure.

"It will take Democratic votes to pass any debt-ceiling agreement," said Sen. Chuck Schumer, D-N.Y. "As a result, certain things are going to have to be true. We cannot make cuts to Medicare benefits. We have to allow for revenues like wasteful subsidies for ethanol and oil companies. And we have to do something on jobs."

Cantor said that plenty of progress has been made in identifying trillions of dollars in potential spending cuts to accompany legislation to raise the $14.3 trillion cap on the government's ability to borrow money.

The Obama administration says passage of the legislation by Aug. 2 is necessary to meet the government's obligations to holders of U.S. Treasurys. The alternative is a market-shaking, first-ever default on U.S. obligations.