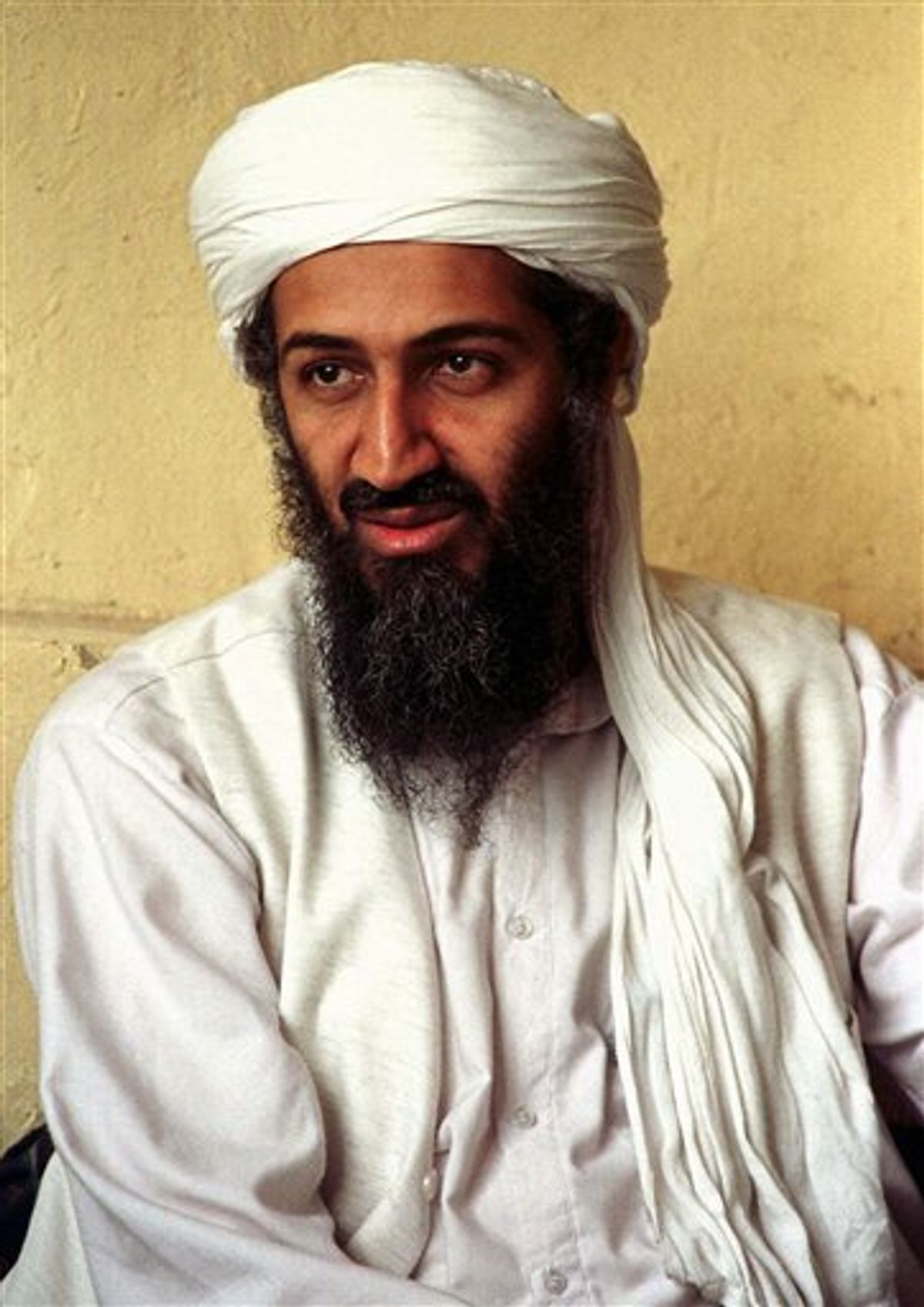 A cellphone of Osama bin Laden's trusted courier recovered in the U.S. raid last month that killed both men in Pakistan contained contacts to a militant group that is a longtime asset of Pakistan's intelligence agency, The New York Times reported late Thursday.

In a story posted on the Times website, senior American officials and others briefed on the findings said the discovery indicates bin Laden used the group, Harakat-ul-Mujahedeen, as part of his support network inside Pakistan.

It raises questions about whether the group and others helped shelter and support the al-Qaida leader on behalf of Pakistan's spy agency.

The officials and analysts told the Times that Pakistan's intelligence agency had mentored Harakat and allowed it to operate in Pakistan for at least 20 years.

In tracing the calls on the cellphone, U.S. analysts have determined that Harakat commanders had called Pakistani intelligence officials, the senior American officials said. One said they had met. The officials added that the contacts were not necessarily about bin Laden and that there was no "smoking gun" showing that Pakistan's spy agency had protected bin Laden.

Beyond providing leads about why bin Laden was able to live comfortably for years in Abbottabad, a town dominated by the Pakistani military just 35 miles from the capital city of Islamabad, the discovery also may help shed light on bin Laden's secret odyssey after he slipped away from U.S. forces in the Tora Bora region of Afghanistan nearly 10 years ago.

Harakat has especially deep roots in the area around Abbottabad, analysts familiar with the group told the Times. Its leaders have strong ties with both al-Qaida and Pakistani intelligence, known as Inter-Services Intelligence.

The senior American officials did not identify the commanders whose numbers were in the courier's cellphone but said the militants were in South Waziristan, where al-Qaida and other groups had been based for years. Harakat's network would have allowed bin Laden to pass on messages and money to Qaida members there and in other parts of Pakistan's tribal areas, analysts and officials said.

Bin Laden and his courier, Ibrahim Saeed Ahmed, were discovered by U.S. intelligence through a chance interception of an Ahmed phone call. That set in motion the secret CIA search of the Abbottabad region, culminating with the May 2 raid by Navy SEALs that killed bin Laden, Ahmed's brother Abrar and two other people.

Reached by the AP on his cell phone last month, Harakat chief Fazle-ur-Rahman Khalil dismissed suggestions that he may have been in touch with bin Laden while the al-Qaida leader was hiding in Abbottabad.

"It is 100 percent wrong, it's rubbish," Khalil said. "Osama did not have contact with anybody." The AP obtained Khalil's phone number from a former aide who has since left the group.