Why should holding office be for old people only?

According to the Constitution, an 18-year-old can fight and die in Afghanistan, but can't run for Congress 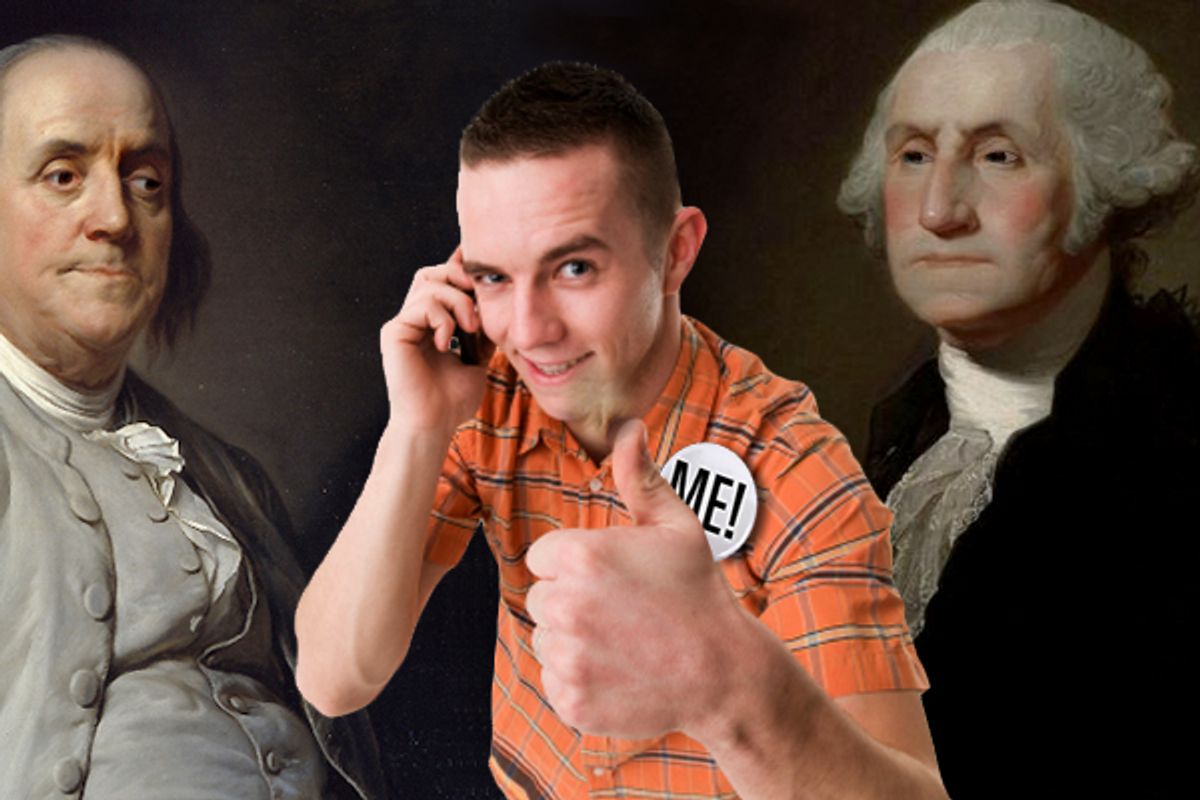 The U.S. Constitution sets strict age requirements for election into federal office -- 25 for the House, 30 for the Senate, and 35 for the presidency. Most Americans probably take these age minimums for granted and don’t think twice about them. But they actually represent an antiquated, imprudent and even pernicious form of state-sanctioned discrimination -- one that undermines our democratic republic more than you may realize.

Consider this: The majority of constitutional democracies the world over stipulate that any citizen old enough to vote is eligible (on those grounds, at least) to run for elective office. The U.S. is an outlier -- which means that our younger voting-age citizens, those aged 18 to 34, do not enjoy full civic enfranchisement compared with their generational peers elsewhere. And our general electorate, by the same token, doesn’t enjoy the liberty of hearing from, evaluating and perhaps voting for (or against) younger adults, whose official candidacies might prove compelling were they not preempted from running.

In Canada, for instance, a 19-year-old and a 20-year-old (and six university students overall) were recently elected to Parliament. In 2007, Britain, after extensive study, lowered the minimum age for candidacy for Parliament from 21 to 18. Other representative democracies haven't crumbled when faced with the prospect of electoral competition from younger candidates. Nor have they surrendered to the specious logic -- often presented as reason to leave the age minimums here where they are -- that when you lower the eligibility age to include all adult citizens, you then have to include minors as well. Why do we in the U.S. continue to subject our adult citizens to such quaint and patronizing prohibitions?

Almost every other field of meritorious endeavor -- sports, business, entertainment -- recognizes the youth market and promotes talented young individuals. Think how many visionary business leaders in the last several decades became billionaires in their early 20s. Thank goodness Steve Jobs, Bill Gates, Sergey Brin, Mark Zuckerberg, Jawed Karin and so many other innovators weren't legally precluded from competing in the marketplace because of their reputed "inexperience." But for some reason we continue to believe that politics -- the formal right to run -- ought to be the exclusive province of wizened graybeards. If there is a young "LeBron James of politics" potentially waiting on the sidelines, the U.S. Constitution explicitly bans such a person from even running onto the court.

These age barriers barely made it into the Constitution. The American framers in 1787 (in the Committee of the Whole) originally voted 10-1 not to include any age qualifications (beyond the age of suffrage) for our future representatives. James Wilson spoke passionately against them, arguing that if we were going to impose across-the-board restrictions against young adult citizens, it would make as much (if not more) sense to prevent doddering old codgers from running for office, too. Ageist smears can work both ways.

Wilson’s worst fears about entrenched seniority have come true, it would seem. Five of the last six Congresses set an all-time record for advanced average age (currently: in the House, 56.7; in the Senate, 62.2). More and more, we are being represented by a gerontocracy of oldsters, some of whom freely admit that they don't know how to use a computer or understand the intertubes (and some of whom should act their age and simply stay away from Twitter).

Demographers keep warning that a "Generational War" is coming on many policy fronts (deficit spending, Social Security, natural resource depletion) once younger citizens realize how much the boomers have robbed their future and squandered our nation’s inheritance. Yet younger citizens, even if they were to mobilize into a coherent and assertive voting bloc, can’t change the system much from within. It is a system rigged expressly against them. The way things work now, their only recourse is to vote into office a bunch of older representatives and hope against hope that enough sympathetic senior legislators will somehow buck their own generational interests (along with the money and votes that accrue to eldership). Don’t be surprised if fewer and fewer younger voters decide not to invest as latecomers in the national Ponzi scheme that we call a "democratic election."

Indeed, under such patently unfair ground rules, why should younger voters go to the polls at all? Rock-the-Vote and other such get-out-the-youth-vote organizations could use a basic lesson in U.S. civics, namely that ours is not a majoritarian democracy but a representative republic, and the terms of representation matter. And those terms are stacked against 18- to 34-year-olds, who, according to the Constitution, fall into decidedly second-class categories of citizenship: They can all vote, but many of them cannot run for office. Democratic theorists, on the other hand, have always contended that suffrage and office eligibility go hand-in-hand, as the twin pillars of enfranchisement. Let’s find the right name for this convoluted system of ours: Younger voters in this country operate under the auspices of generational guardianship or virtual representation, not the kind of direct representation for which the American revolutionaries originally fought.

The much ballyhooed "Youthquake" that turned out to vote in record numbers in 2008 also elected into office the oldest Congress ever on record. But those passions may be hard for politicians to reignite in 2012. My recommendation is that they should acknowledge one of the reasons for such disaffection and promote a constitutional repair in the form of an AGE (All Grown-ups Eligible) Amendment. Then, maybe someday soon, our democratic doyens will have to debate and defend their shortsighted views -- on spending, on retirement, on the environment, on militarism -- against viable younger candidates who see themselves as actual stakeholders in our country’s long-term future.

John Seery is the Laurance S. Rockefeller Visiting Professor for Distinguished Teaching at Princeton University and the George Irving Thompson Memorial Professor of Government and Professor of Politics at Pomona College. His book "Too Young to Run? A Proposal for an Age Amendment to the U.S. Constitution" has just been published. Visit his website at http://tooyoungtorun.wordpress.com