Why the budget showdown is bad for the economy 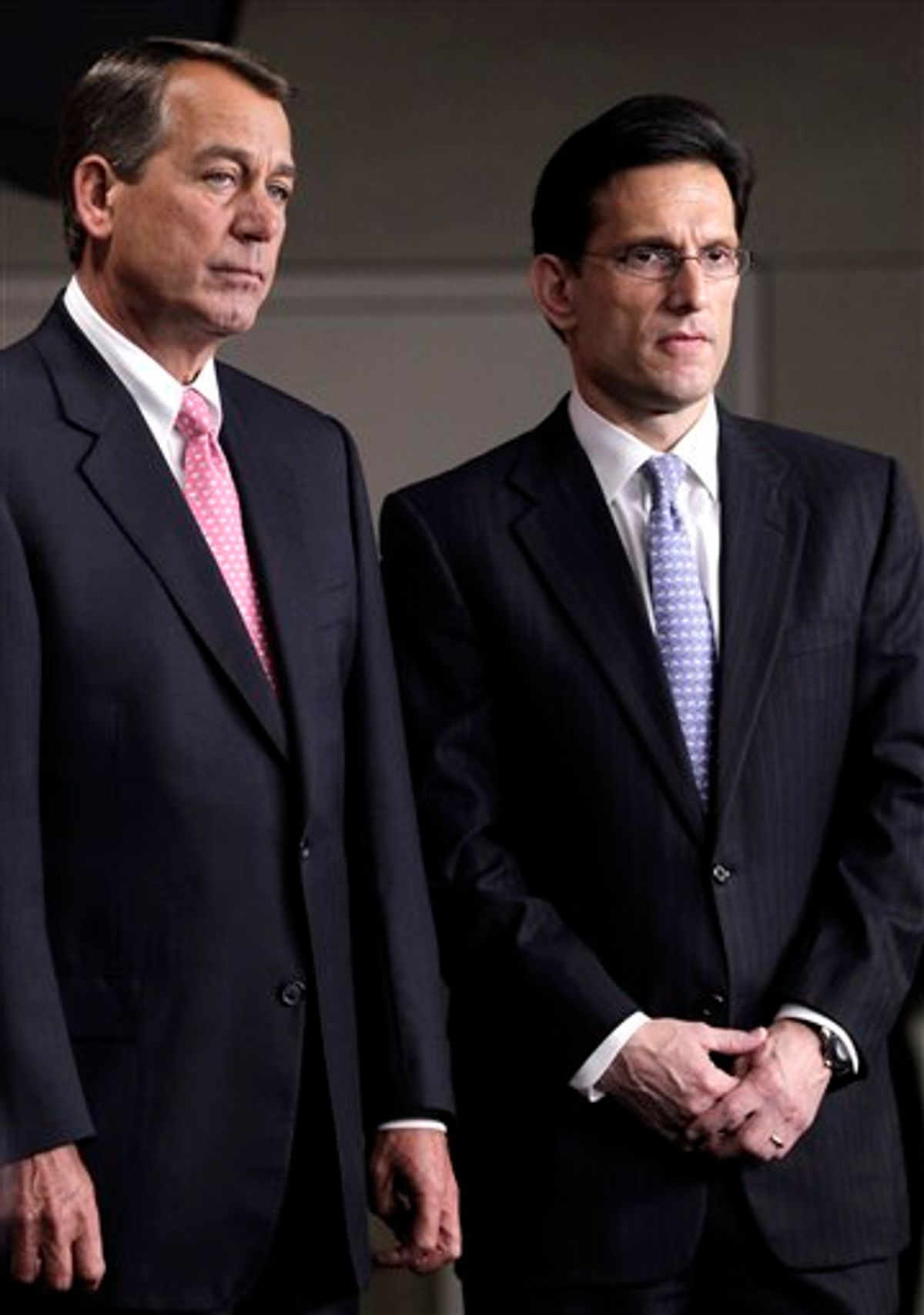 Consternation over the prospect that Congress and the White House will fail to reach a deal on the debt ceiling before the current Aug. 2 deadline usually focuses on the various apocalyptic fallout scenarios possible after the U.S. government starts defaulting on its obligations. The Economist has a good, detailed summary of what could happen, and none of it is very pretty.

The question of what might already be happening now as the business community gets increasingly nervous about Washington's titanic game of chicken has gotten less attention. The Economist notes that "trading in credit-default swaps (CDSs) on Treasury securities has picked up and the price of protection against default, as measured by the CDS spread, has risen." So now we have some data: While people are still convinced that a deal to avert default must and will happen, jitters are starting to accumulate.

Which could mean, warns a post at the FreeExchange blog, that "market participants" are already getting cautious about current investment plans. And that could be yet more bad news for an economy that doesn't need any downside encouragement.

Markets try to prepare for trouble. If there's a chance of bad times ahead, market participants will take precautions, just in case. They may move money to safer assets, increase cash holdings, curtail marginal investments, put off hiring, and so on. Do you see the problem? These sensible measures are themselves bad for the economy. Now, the probability of an actual default isn't very high. But the cost of default is catastrophic. So even if the odds of default shift from very small to slightly less small -- from say 2 percent to 5 percent -- that shift represents a substantial increase in the potential economic downside looking forward. And that, in turn, could lead to greater precautionary measures from banks, businesses, and households.

I guess we can call this back-door austerity. We don't even need actual spending cuts to suck demand out of the economy. We can get there simply by raising doubts as to whether our political system is capable of keeping our government operating in a sane fashion.