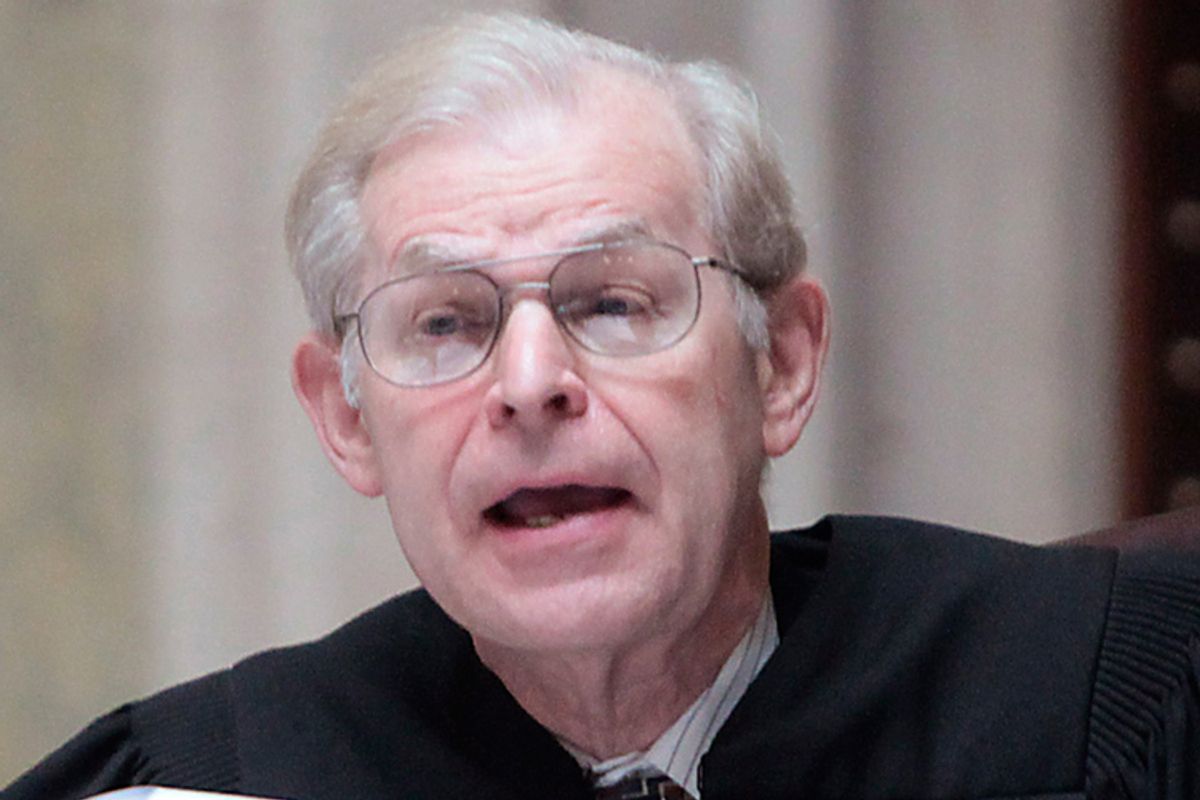 Wisconsin Supreme Court Justice David Prosser seems to have a bit of a temper! And he also seems to maybe have a bit of a history of verbally and perhaps physically attacking women. The latest, in case you haven't heard, has the conservative justice accused of putting a liberal colleague in a "chokehold." Here's the thing: Even the anonymous sources defending Prosser say he put his hands around Justice Ann Walsh Bradley's neck. They just say it was in self-defense.

Last year, Prosser screamed at a different (female) colleague, reportedly calling her a "bitch" and threatening to "destroy" her. When asked about all that, he blamed her for "goading" him into attacking her. That is classic psycho behavior, but I have to say that I did not expect Prosser to be accused of physical violence. And, you know, I wouldn't expect "these women keep forcing me to attack them" to continue working as an excuse for attacking colleagues, but I guess I'm underestimating the conservative movement! Because everyone is running with the "Prosser was forced to put his hands on her neck because she ran towards him" story. Fox Nation headline: "WI Judge Prosser Smeared?" Human Events blames "Big Labor" for forcing Prosser to attack his colleagues.

Bradley isn't accused by anyone of laying a hand on Prosser. The case for Prosser is that Bradley came at him and he pushed her back in "defense," but everyone seems to agree that his hands did end up on her neck. I don't really think there's any justification for that! And attacking women and then blaming them for making you do it is how abusive assholes justify their behavior. Not that I know the facts of this horrible case. But I tend to side with the people who don't have a history of threatening to "destroy" people, because that is how comic book characters talk.

Anyway, now the right wants to recall Bradley, for attacking Prosser with her huge, terrifying neck.