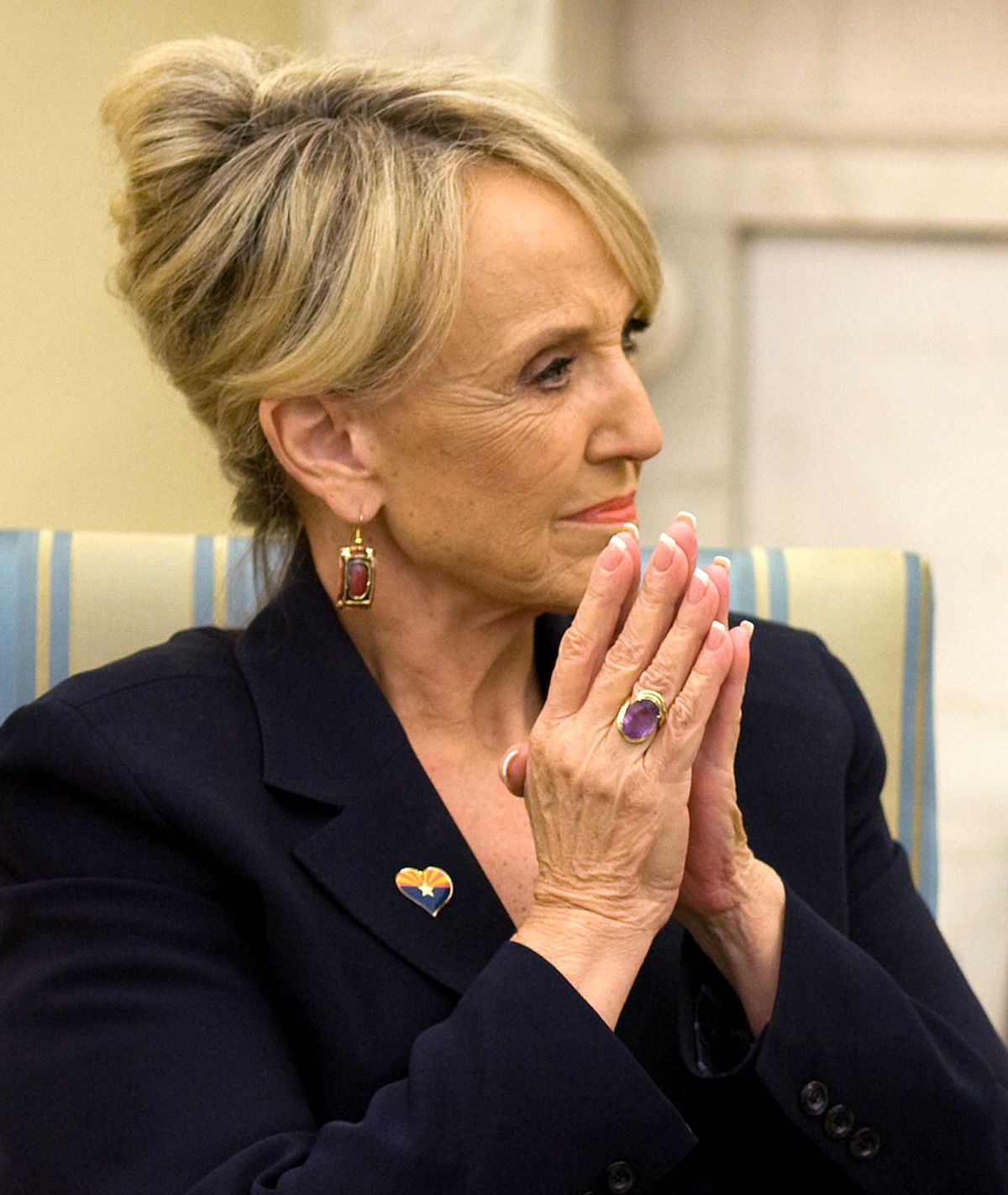 President Barack Obama meets with Arizona Gov. Jan Brewer in the Oval Office, June 3, 2010. (Official White House Photo by Pete Souza) This official White House photograph is being made available only for publication by news organizations and/or for personal use printing by the subject(s) of the photograph. The photograph may not be manipulated in any way and may not be used in commercial or political materials, advertisements, emails, products, promotions that in any way suggests approval or endorsement of the President, the First Family, or the White House. (Pete Souza)
--

The Supreme Court has struck down a provision of a campaign financing system in Arizona that gives extra cash to publicly funded candidates who face privately funded rivals and independent groups.

The 5-4 ruling Monday is the latest in a series of decisions by the court's conservative majority upending campaign finance laws.

The Arizona law was passed in the wake of a public corruption scandal and was intended to reward candidates who forgo raising campaign cash, even in the face of opponents' heavy spending fueled by private money.

The court said the law violates the First Amendment.