I always thought I'd be fat

I've been ashamed of my weight since I was a kid. Then I moved to New York -- and lost 80 pounds 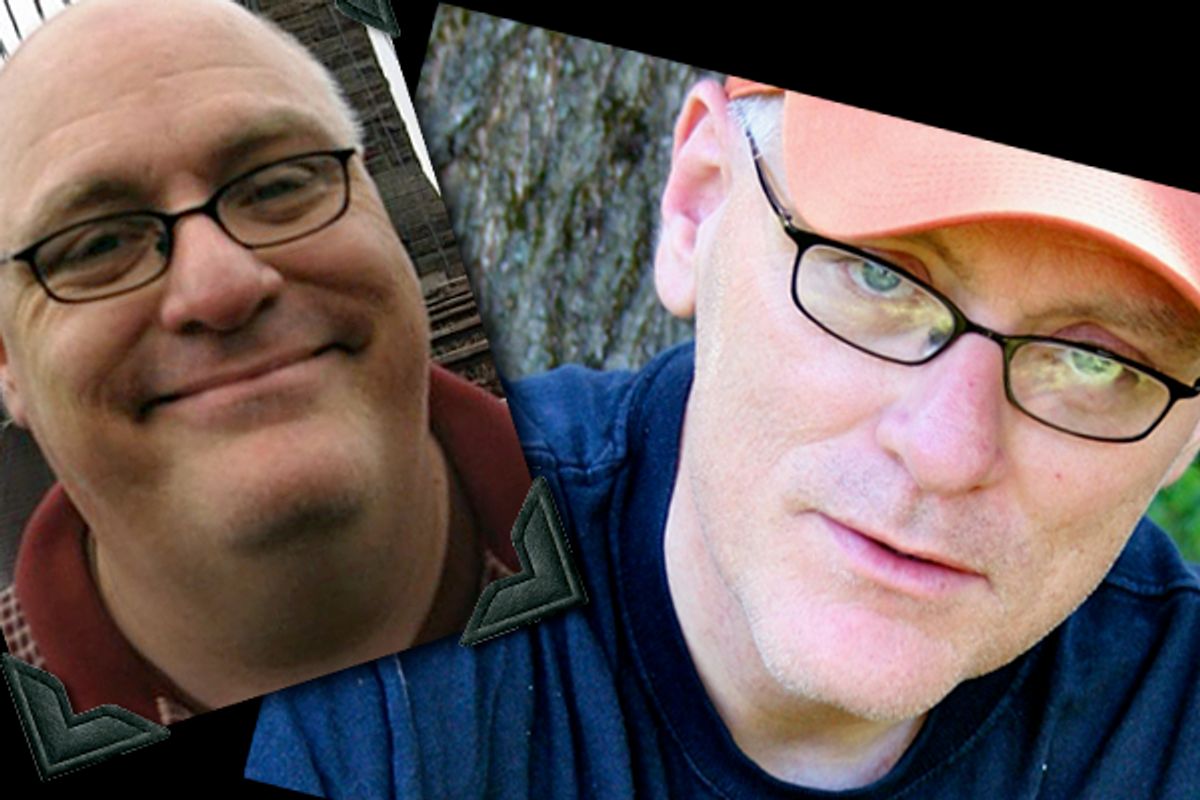 For 40 years, I was fat. No sartorial trickery could hide it. No amount of career or personal success made me forget it. I want to say I learned to be comfortable in my skin, but it's not true. I hated being seen with my shirt off -- which meant no gyms, no swimming pools or beaches. I hated the multiple-angle mirrors of dressing rooms. I even felt self-conscious ordering food at restaurants. Then, two years ago, I moved to New York City -- and within 11 months, I wasn't fat anymore.

How that happened was insanely simple. If everyone lost weight the way I did, there would be no "Biggest Loser" on television, because my transformation so lacked in drama and complexity. But I lost 80 pounds -- weight I could never lose before. I now wear the pants size I wore in seventh grade. My former next-door neighbor didn't recognize me on a recent visit. Even I get surprised when I see myself.

Back in the Midwest, where I lived my entire adult life, the most common question was, "How did you do it?" Some people asked with a wink and nod -- you know those vain coastal people and their shortcuts. No, I didn't have surgery, didn't take supplements, didn't hire a trainer or even buy a miracle-cure book.

I walked more, and I ate less.

Part of my diet plan was simple necessity. Back home, I drove a car everywhere I went. I cherry-picked parking spots to get as close to the door as possible, shaving my walk to the minimum. But my normal daily walk in New York City was about three miles, just getting to school, walking to work either in Greenwich Village or Midtown and meeting my friends and wife for dinner.

At the same time, I cut back my eating. The first week in New York I went to Chipotle, something familiar from back home, and I was confronted with a menu that prominently listed each item's calories, posted by law thanks to a 2008 regulation championed by Mayor Mike Bloomberg. The truth was shocking. The tortilla alone was 290 calories, plus beans and rice added another 250 calories. That was 540 calories before I even made a real choice. For my favorite burrito -- chicken with corn salsa and guacamole -- the grand total was about 960 calories. Here I was making "healthy choices" at Chipotle, and I'd blown nearly half a day's suggested calories.

This was not my first try at losing weight. I fantasized about being a "normal" size since I was 7 years old. I worried about Type 2 diabetes because both my parents have it. I tried numerous diets -- from Atkins to the French Diet -- went to doctors, ate only natural foods, even gave up meat for one year. Some attempts worked for a time, others made me gain more weight. When I missed meat, for instance, I compensated by eating more cheese.

I had tried to exercise too. I bought a bike, committed to taking stairs instead of elevators. Almost always, I would lose 25 pounds and then plateau. Any emotional spinout -- stress, grief, boredom, even happiness -- had me eating what I wanted and not moving anymore. Losing that much weight seemed mysterious to me and, honestly, I welcomed the confusion. Genetics, fad diets, heroic stories of weight loss: They made it all seem unattainable. So I assumed I didn't have the time or willpower to do it. I was fat, period. It was a fact as unchangeable as my name and personality. It was my fate.

Who knew all I needed was a little knowledge and a reason to get up and move?

At times, that knowledge was even liberating for the foodie in me. Living in New York, there was one thing I would not give up: pizza. Imagine my surprise when I realized the culinary symbol of American obesity could be my secret weapon to weight loss. Just one slice of New York-style thin crust, preferably piled with vegetables, was about 400 calories. And being able to still eat it mattered to me. Other food was like casual, even gratuitous, sex. But when it came to pizza in the city, it was love.

I ate a slice nearly every day for lunch, followed by a 50-calorie piece of chocolate. I happily chose bran flakes with no sugar for breakfast and salads or other lean, low-sodium dinners. All I asked for was my slice of pizza for lunch. It satisfied me; that was the key. I like to tell friends, "I ate in over 200 pizzerias and lost 80 pounds at the same time."

After I lost 25 pounds, I hit a plateau as usual. I went to see the New York University nutritionist and her solution was just as simple as mine: move even more and eat a little less. I started using subway express stops, which meant the walks were longer and more brisk. And I went from eating 2,000 calories to 1,800. I started losing again.

I will never forget seeing 199.6 on the digital scale that February day in 2010. Tears filled my eyes, my chest tightened and I swore to myself that I would never cross back over that line. There was no stopping me then. I rode a stationery bike three times a week -- in a gym where I changed my clothes in the locker room -- and dropped down to 1,600 calories per day. After I lost 70 pounds, and got close to my goal, I lowered my intake to 1,400 calories. Two months of that and I lost the final 10 pounds. One of the most thrilling moments along the way was when my wife decided to join me. In six months, she lost 40 pounds.

What's astonishing to me -- so shocking I feel almost guilty -- is how hard it wasn't. Was I tempted to cheat? Sure, and I did some days. But the necessity of walking everywhere, and the concrete evidence of those calories kept me in check most days. My wife and I split cheesecake now and then when I had a sugar craving, and if I needed a bag of M&Ms, there was always somebody on the subway who'd share it with me. It wasn't a "diet"; it was just a better way to live.

There is still a fat person inside of me, and keeping the weight off has not always been as easy. After hitting my goal, I gained 10 pounds back quickly and I realized I had to stay disciplined. I had to change my habits forever, not just for one year. Now I count my calories and weigh myself daily.

I've lived almost a year without being fat. In many ways, the changes have been subtle. It took a while to understand that the image of myself in my own head doesn't match what people are seeing. One very candid friend said to me, "You're walking like you're still carrying lots of weight. Stop slouching and be proud of what you've done." She was right. I'm more likely to talk to strangers now and slowly I'm gaining confidence in all other parts of my life. Last summer, I went to the beach and swam in the ocean for the first time since I was a kid. It was pure joy.

But this is the first time I've written about it. I don't want to be an evangelist, because over the years many people preached at me about losing weight and the shame only pushed me to eat more. Now, I find myself in an awkward position: A lot of the people I know and love back home are overweight. I see them make the mistakes I made for those 40 years and I want to say, "That looks like a good choice, but it's actually ridiculously high in calories." But I don't say that, because I know firsthand it won't change them. What I hope is that that they'll get curious about the calories they consume and choose walking over the car more often. Because I know its power to change is not unique to me and my wife. A co-worker in New York asked me what I did, I told her, and she lost 30 pounds in six months.

It might be easier in New York, but it's possible anywhere. I left the city after graduation and took a job in Fort Collins, Colo. There's a good New York-style pizza place near my work, and they know me by name already. There are no subways, and it's easy to drive here, but there are bike lanes everywhere. So my graduation present was a three-speed cruiser that I commute with every day no matter the weather. The model name of my bike could not be more appropriate: It's called a "Simple."