The man behind "Charlotte's Web"

A new biography of E.B. White unveils the author of the best-selling children's book in American history 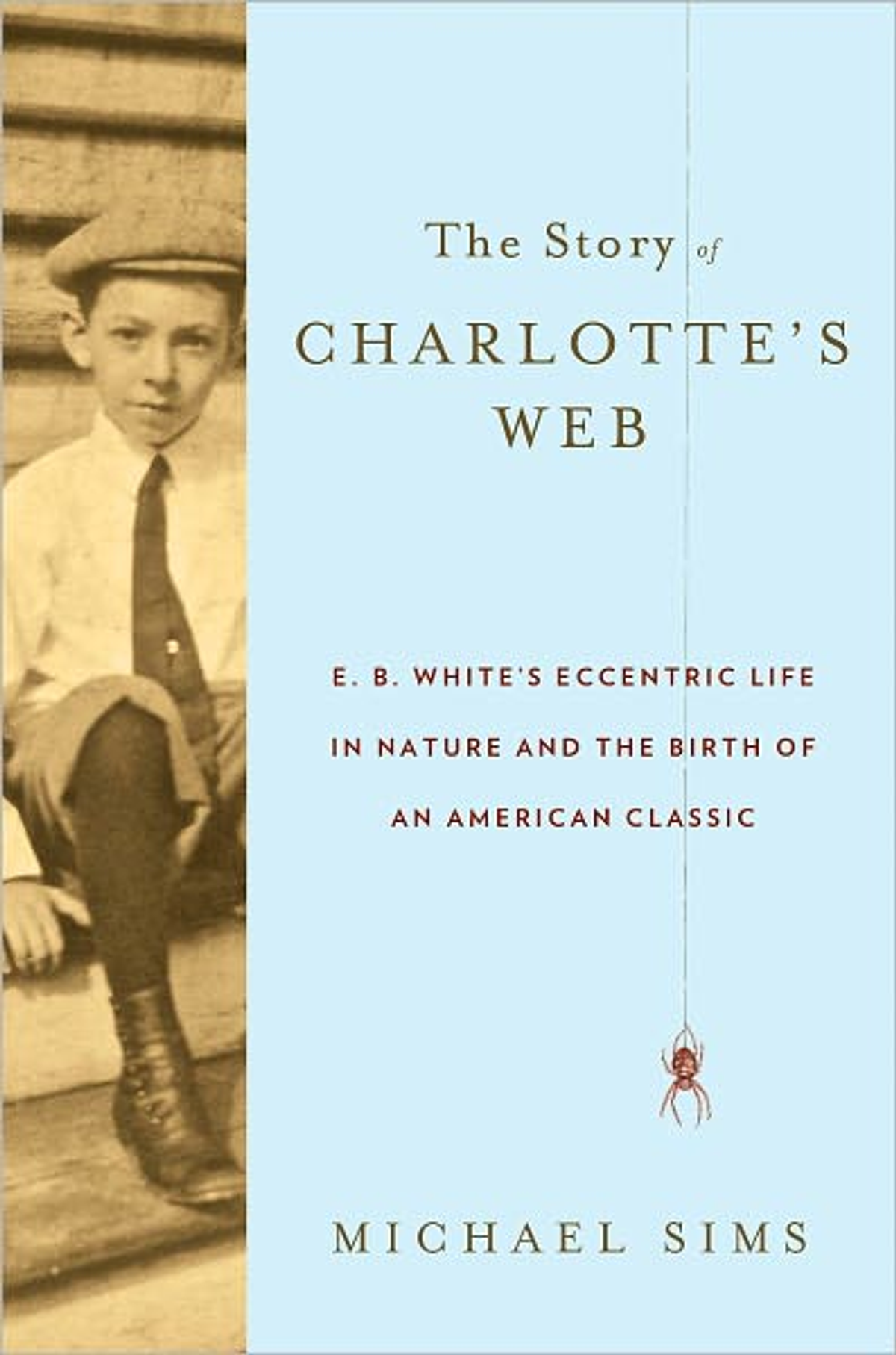 Fifty-nine years after its publication, "Charlotte's Web" is the best-selling children's book in U.S. history. Hurray for that, because literature -- juvenile or adult -- doesn't get much better. In "Charlotte's Web," a seemingly simple story about a pig whose life is saved by a spider, E.B. White managed, without pomposity, preachiness, or condescension, to encompass issues of mortality and the power of both friendship and the written word. (It's always struck me that it really wasn't "SOME PIG," but "SOME SPIDER" -- a spider who could convey a convincing message in writing.) How did he do it? That's the question Michael Sims set out to answer in "The Story of Charlotte's Web," which offers an engaging, distilled, highly focused biography of White.

Sims points out that White "knew his characters from the barns and stables where he spent much of his childhood and adulthood." The author, he says, "hadn't planned the book as a summary of what it felt like to be E.B. White, but by the last page it had preserved in amber his response to the world." In doing so, White was following his own advice to a student: "Remember that writing is translation, and the opus to be translated is yourself."

Sims paints a portrait of a shy, slight boy who was prone to hay fever and "crippling second-guessing." Happiest out of doors, he loved eggs as symbols of life and manure for its part in the cycle of regeneration. Elwyn Brooks White showed an early proclivity toward writing and was heavily influenced by what he called "the ecstasy of loneliness" in Thoreau's "Walden" and the typing cockroach named Archy created by newspaper columnist Don Marquis. (Sims, who edited "The Annotated Archy and Mehitabel," discusses Marquis' impact on White in some depth.)

At Cornell, White picked up the nickname Andy as well as the imperative to "Omit needless words!" from Professor William Strunk Jr., whose seminal handbook, "The Elements of Style," White would later revise. Sims gives short shrift to the writer's time in New York and the range of his writings for the New Yorker and Harper's -- material covered in greater depth, of course, in Scott Elledge's excellent full-bore 1984 biography, "E. B. White." Unfortunately, in rushing through this period, there's some sloppiness, leading to contradictory statements about when White moved to Manhattan, the size of his apartment, and which of his first two books -- "The Lady Is Cold" or "Is Sex Necessary?" -- embarrassed his parents.

What Sims is hurrying toward is the meat of his story -- life on the farm in North Brooklin, Maine, where White and his wife, New Yorker editor Katharine Angell White, eventually relocated. It was here that White, who considered himself "a full-time farmer and a gentleman writer," confronted the morality of the farmer's dual role as caretaker and murderer and realized that "there was no bucolic innocence in farming." Upset over the death of a pig he had nursed, he wrote in an essay for Harper's magazine, "The loss we felt was not the loss of ham but the loss of pig." In "Charlotte's Web," he could make the pig live.

Recounting White's year of research into spiders and web spinning, Sims traces the fascinating, painstaking evolution of White's second of three children's books (after "Stuart Little," before "The Trumpet of the Swan") through false starts, rewrites, and illustrations by Garth Williams. He explains the import of several names, including Charlotte A. Cavatica, from the genus Aranea cavatica; verdantly symbolic Fern Arable; and the allusion to ancient Greeks in Arcadia in Doctor Dorian. A chapter originally titled "Charlotte's Death" was changed, at his editor's wise urging, to "Last Day." Among the juicier morsels is the derivation of White's resonant last line -- "It is not often that someone comes along who is a true friend and a good writer. Charlotte was both" -- from a letter Katharine White wrote defending her husband after a literary brouhaha: "They are not words that should be applied to anyone who is an honest man and an honest writer. Andy is both."

With clarity and lack of stuffiness worthy of his subject, Sims succinctly sums up "Charlotte's Web's" major themes: "Mortality stalked the scene from the first line: 'Where is Papa going with that ax?' The farm animals spoke with casual familiarity of trouble and death ... But overall Andy's theme was the joy of being alive, of reveling in the moment with visceral attention." Sims brings visceral attention to this beloved classic, highlighting its many joys.