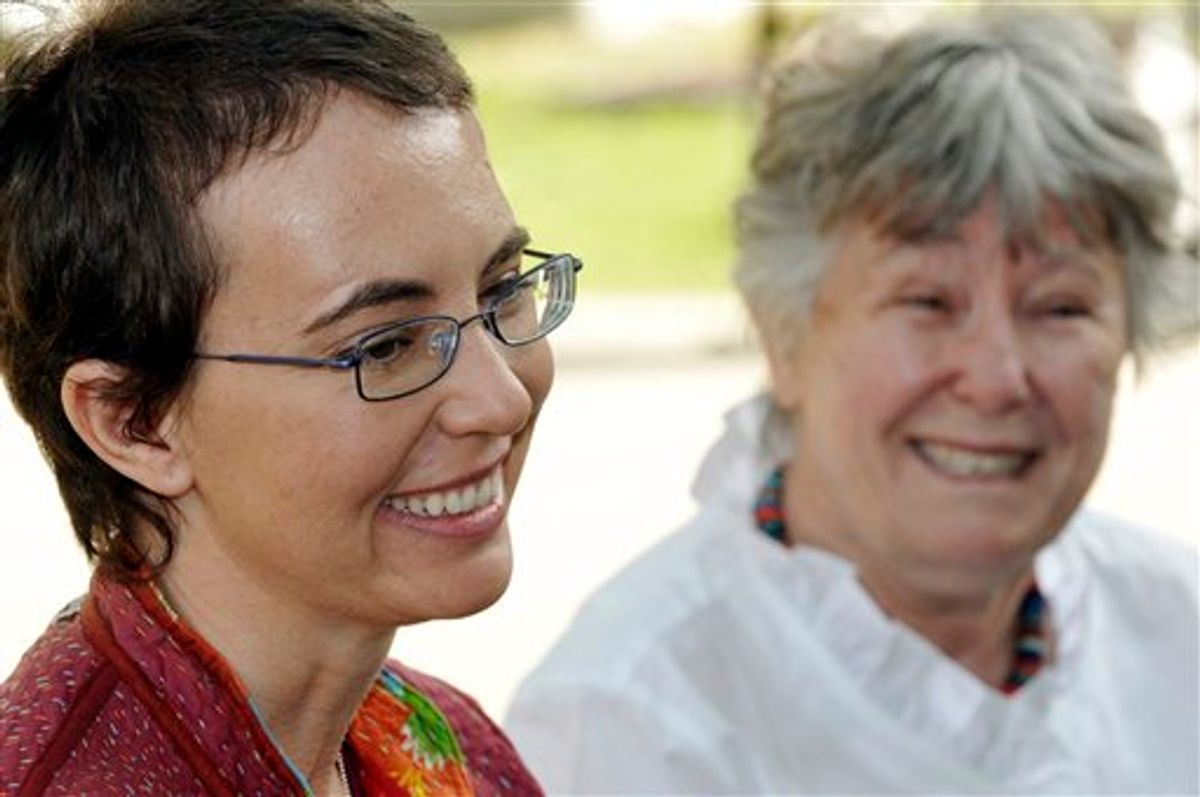 ADDS ADDITIONAL SOURCING INFORMATION - This most recent photo of U.S. Rep. Gabrielle Giffords since she was shot, was posted to her public Facebook page by her aides early Sunday, June 12, 2011. The woman in the background is her mother Gloria Giffords. The photo was taken May 17, 2011 at TIRR Memorial Hermann Hospital in Houston, the day after the launch of space shuttle Endeavour and the day before she had her cranioplasty. Giffords could be released from a rehabilitation hospital in Houston sometime this month, a top aide says, offering the latest indication that the Arizona congresswoman is making progress in recovering from a gunshot wound to the head. (AP Photo/southwestphotobank.com, P.K. Weis) MANDATORY CREDIT (AP)
--

An aide to Rep. Gabrielle Giffords says she appeared in front of a crowd of hundreds at a NASA awards ceremony in Houston.

ABC News reported on its website Monday night that Giffords stood up from her wheelchair to hug and kiss her astronaut husband, Mark Kelly, after he received the Spaceflight Medal.

ABC News says the 41-year-old Democrat from Tucson, Ariz., entered the auditorium at Space Center Houston while being pushed in the wheelchair. She smiled and waved at the crowd and received a standing ovation.

Giffords has been in the Houston area undergoing rehabilitation since several weeks after the Jan. 8 shooting in Tucson that left her and 12 others wounded and six people dead.