Who came up with the "low, sloping forehead" dis?

The NY Times' David Carr sparks red state rage over an offhand insult. We trace it to its prehistoric roots 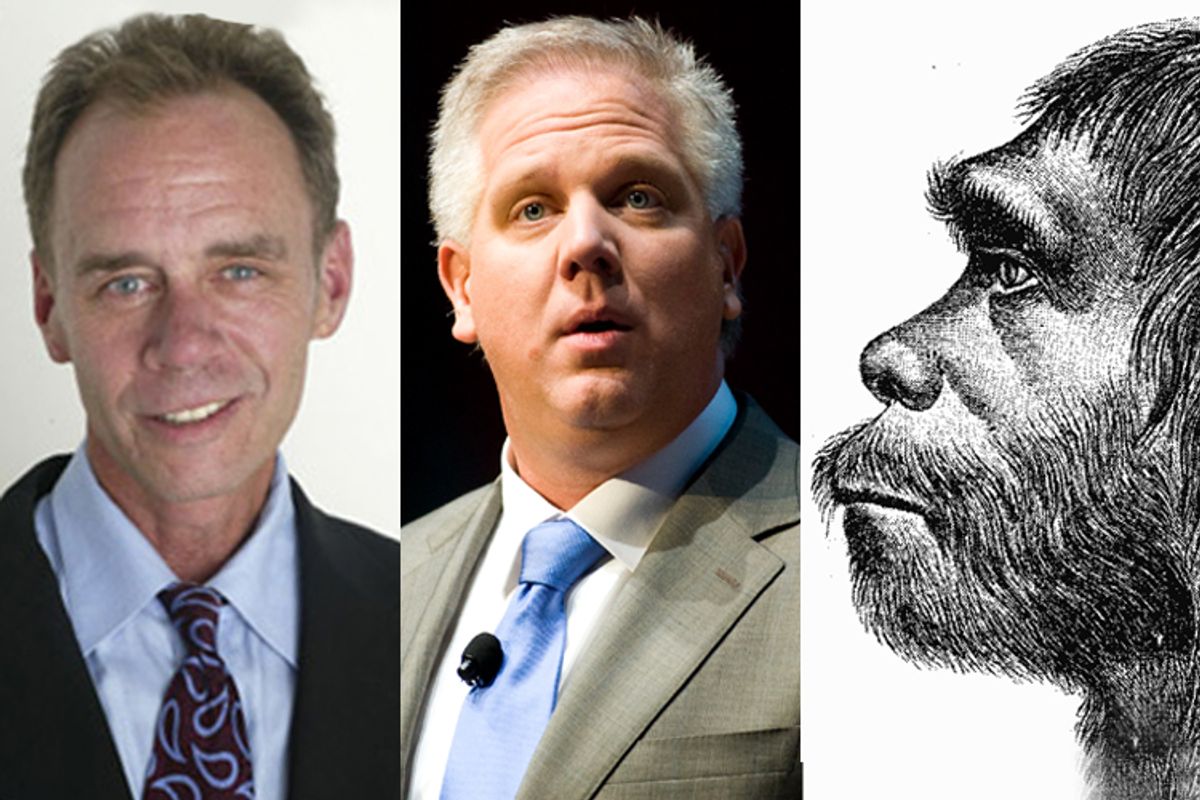 New York Times media columnist David Carr sparked a ruckus after a Friday appearance on "Real Time With Bill Maher," where he referred to the states of Kansas and Missouri -- "the middle places" -- as "the dance of the low, sloping foreheads." Conservatives pounced -- especially Glenn Beck, who darkly read eugenics and "mass death" into Carr's comments --  while Carr claimed it was in jest, and that he could hardly be considered anti-red state, since he comes from and identifies with the Midwest.

We're apt to believe Carr (who didn't respond to an email from us) and write the whole thing off as a jokey misfire and desperate Fox campaigning. But we were interested in where that wonderful, vividly demeaning expression -- "dance of the low, sloping foreheads" -- came from.

Undoubtedly, "low, sloping foreheads" is a reference to the Neanderthals, our phylogenetic cousins, whose skulls were, indeed, low and sloped. Poet William Carlos Williams used that expression to portray, in more sympathetic terms, the plight of downtrodden townspeople in New Jersey, in his mid-century epic poem "Paterson" (1963):

low, sloping foreheads
The flat skulls with the unkempt black or blond hair,
The ugly legs of the young girls, pistons
Too powerful for delicacy!
The women's wrists, the men's arms red
Used to heat and cold, to toss quartered beeves
And barrels, and milk-cans, and crates of fruit.

As for the full idiom, one other writer appears to have employed the expression "dance of the low-sloping foreheads": the Weekly Standard's Matt Labash, in a piece about the 2000 Florida election debacle, to describe the hapless voters confused by that notorious butterfly ballot.

But that piece came out in November 2000 (and the expression was thrashed by Todd Gitlin in this Salon piece for "defending idiotic electoral arrangements [and] smirking at subliterate Florida voters"). Carr already had a history of using the expression before that. (Did Labash pick it up from Carr? We put in a call to Labash but never heard back.)

Here are, most recent to earliest, invocations of the phrase from Carr:

So Carr, it appears, is the man who animated the caveman. We asked Dean how he thought his editor conjured the phrase. He told us: "Like the late great Lester Young, Carr has his own lingo that is part street poetry and part secret-code, and you'd need a hepcat's dream-book thesaurus (as yet unpublished) to fully discern what he actually says much of the time."

Here's the comment that set it all in motion: