Does America's mayor really still think he could be president? 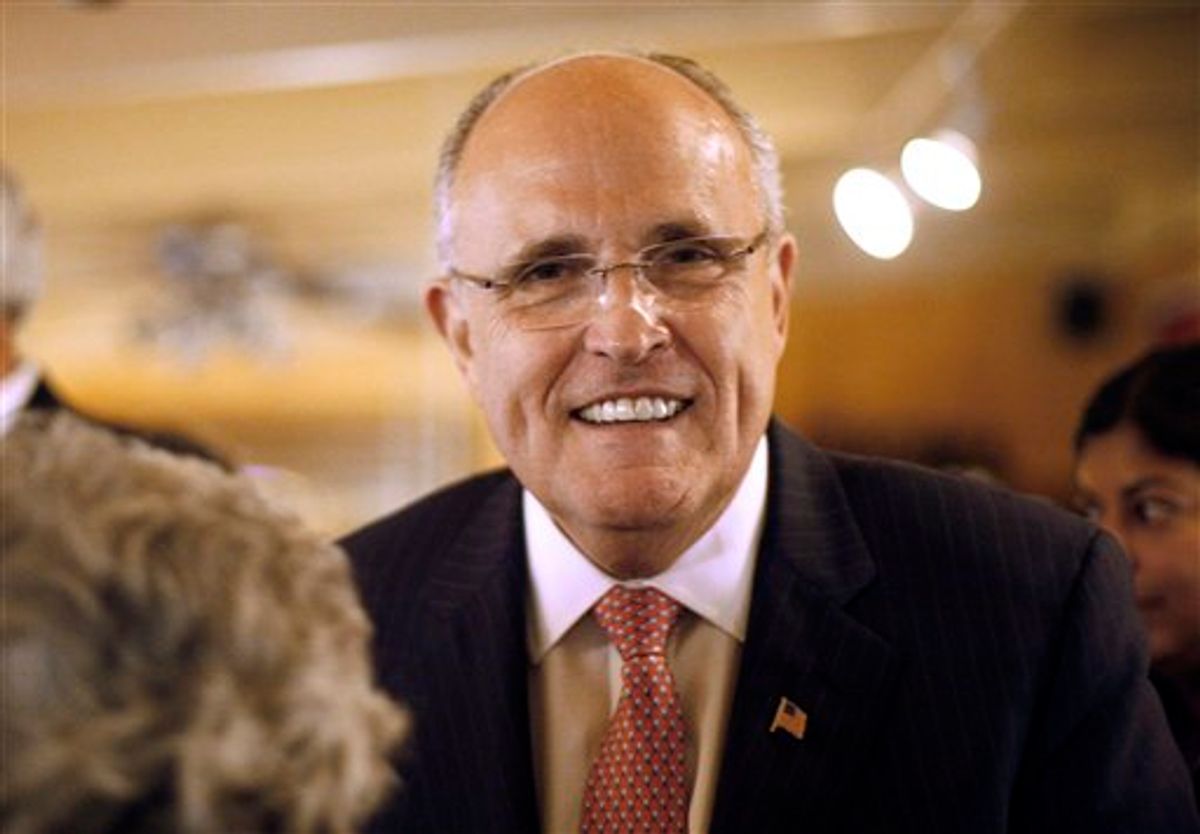 Rudy Giuliani, a petty little crypto-fascist who used to be the mayor of New York, thought, for a while, that he could be the Republican nominee for president, because of 9/11. Back in the good old days, the one single, solitary admirable thing about the man was that despite being a hateful race-baiting Republican politician, he was cool with gay people.

After Giuliani left his (second) wife in 2001 by announcing his infidelity at a press conference, he moved in with his good friends Howard Koeppel and Mark Hsiao, a gay couple who've been together since 1991. They were so close, these three, that Koeppel asked if Giuliani would perform their wedding ceremony. Giuliani said he would, once gay marriage became legal in New York.

Then Giuliani ran for president. And he decided that marriage is between a man and a woman (followed by two more women). His sudden change of heart propelled him to a distant third-place finish in the Florida Republican primary, followed by his exit from the race.

Once Republican voters made it apparent that they were uninterested in the Mayor of 9/11, you'd expect that Giuliani would, with some sense of relief, stop hiding that one shred of basic decency that made him palatable. And now gay marriage will soon be a reality in New York state! But, nope. The New York Post reports:

Ten years later, Koeppel is distressed that his former house guest hasn't returned the many calls he began making before the legislation was passed last week.

By the way: Rudy Giuliani will address a women's club luncheon in New Hampshire next month. The dream lives!

Dear Rudy Giuliani: You will never be president. Ever. You will never actually be elected to anything again in your life. No one likes you. Your job now is to just continue cashing in on the day you happened to be in charge of New York when something terrible happened, and that job does not require that you continue to act like a bigot. Just FYI!