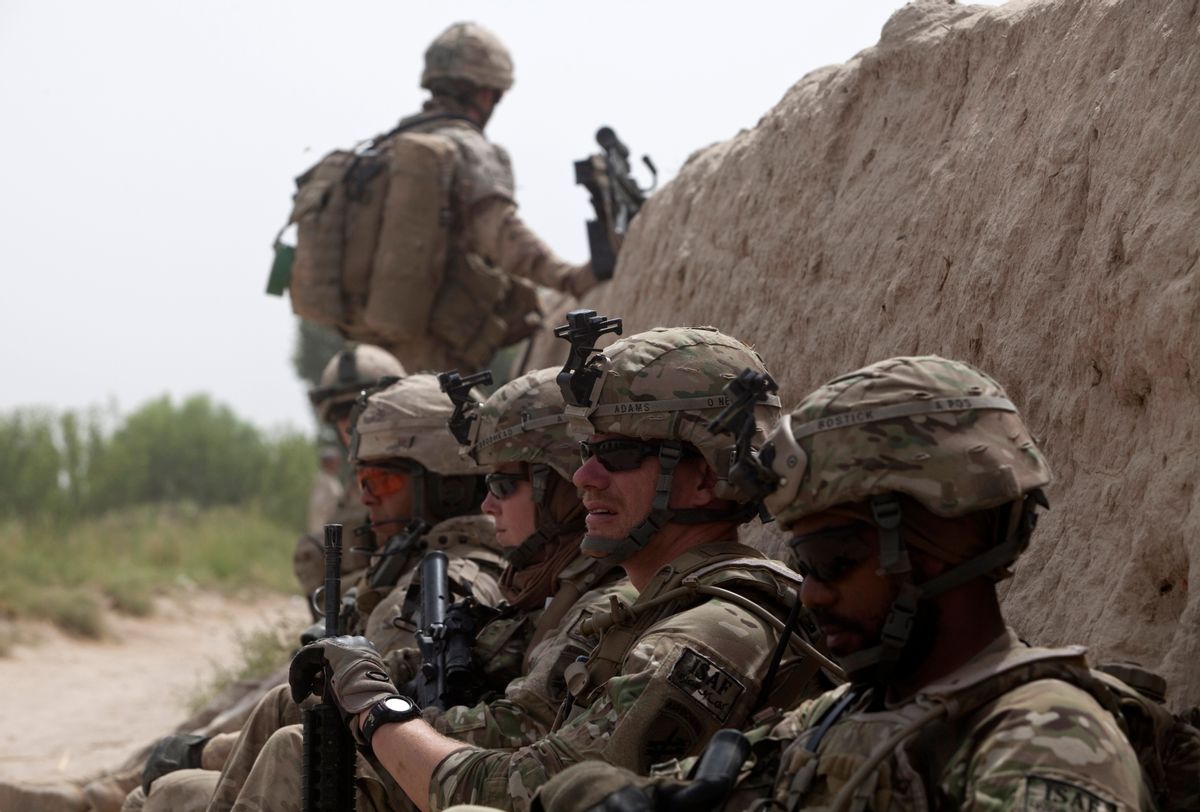 Canadian and U.S. army soldiers attached to 1st Battalion, 22nd royal regiment rest during a patrol in the Panjwai district of Kandahar province in southern Afghanistan June 26, 2011. Canada is winding up combat operations in Afghanistan and all combat troops will leave by the end of July, after nearly ten years fighting in Afghanistan. U.S. President Barack Obama also said on June 22 he would pull 10,000 troops from Afghanistan by year's end, followed by about 23,000 more by the end of next summer and a steady withdrawal of remaining troops after that. REUTERS/Baz Ratner (AFGHANISTAN - Tags: CONFLICT POLITICS) (Reuters)
--

A research group at Brown including "economists, anthropologists, political scientists, legal experts, and a physician" has tackled the always complex question of the costs of America's post-9/11 wars -- economic, human, and political.

On the economic front, the team found that the wars in Iraq, Afghanistan, and Pakistan have cost $2.8 trillion since 2001. Add costs of medical care and benefits for veterans through 2050, and that number jumps to $3.7 trillion. The team included some items -- like $400 billion in increased "homeland security" spending after Sept. 11 -- that are debatable as "costs of war." But it left out other costs, such as future interest payments on debt incurred to pay for the wars, state and local government spending on veterans' services, and the classified spending on the CIA drone program in Afghanistan.

A few other findings from the researchers on non-economic costs:

• While we know how many US soldiers have died in the wars (just over 6000), what is startling is what we don’t know about the levels of injury and illness in those who have returned from the wars.  New disability claims continue to pour into the VA, with 550,000 just through last fall.  Many deaths and injuries among US contractors have not been identified.

• At least 137,000 civilians have died and more will die in Afghanistan, Iraq, and Pakistan as a result of the fighting at the hands of all parties to the conflict.

• Millions of people have been displaced indefinitely and are living in grossly inadequate conditions.  The current number of war refugees and displaced persons -- 7,800,000 -- is equivalent to all of the people of Connecticut and Kentucky fleeing their homes.

A website for the project explains the researchers' methodology and is definitely worth a look.