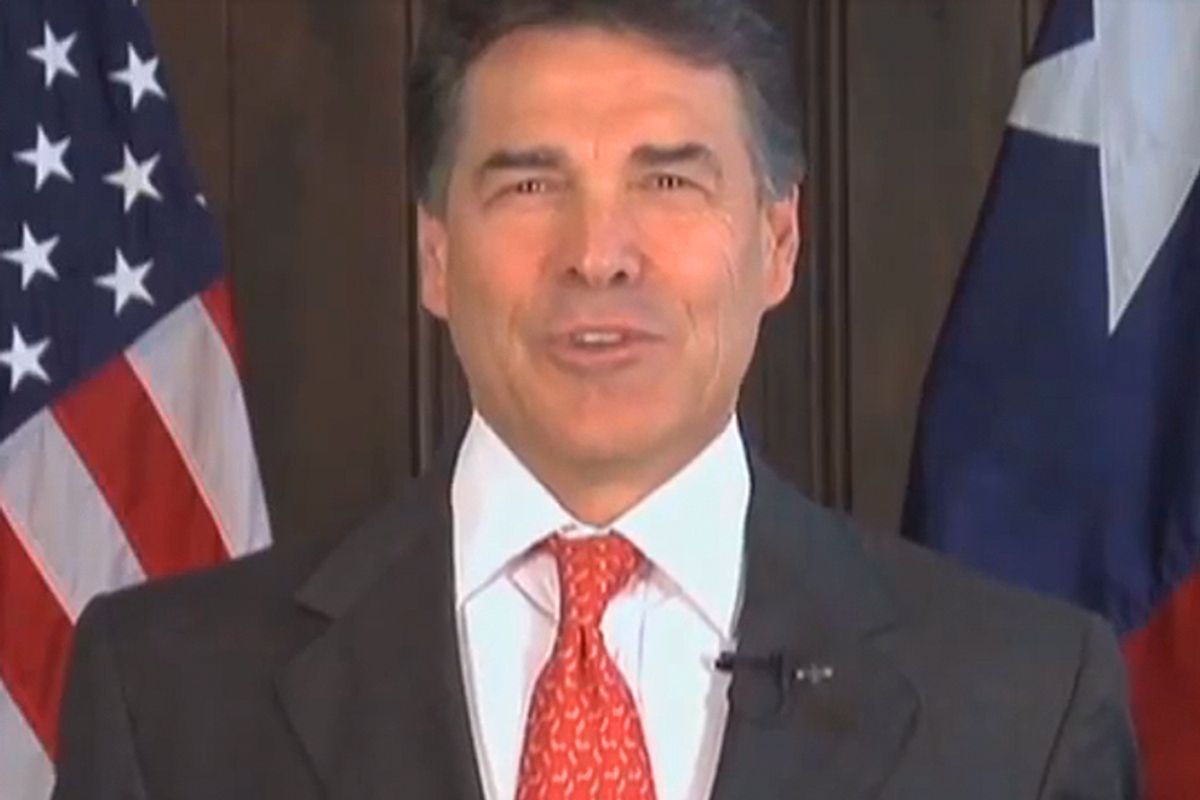 So we should point out that in addition to the fact that he's directly responsible for the state-sponsored murder of an innocent person (what a "gaffe"!), Texas Governor Rick Perry is also the sort of creepy end-times ultra-evangelical that creeps out everyone else, including the regular Christians. Here he is demanding that everyone in America get on their knees to worship his vengeful god:

Mother Jones has a story about Perry's giant stadium payerfest, which is of course sponsored by the American Family Association, the anti-gay/anti-Muslim/anti-21st Century religious right organization that hates America for her freedom. The AFA is sort of the respectable Westboro Baptist Church, in they just write blog posts about how ignoring the Bible makes killer whales kill people instead of protesting funerals.

Right Wing Watch has the background on the other horrible organizations involved in this massive event, which was, for some reason, billed as "nondenominational," as if no one would notice that every single organizer and speaker is a right-wing evangelical Christian?

These are complete nutters and proud bigots, and Rick Perry is totally a credible would-be presidential candidate because, I dunno, nice hair, or something. He is a murderer with nice hair, and that plays great in South Carolina.