How your brain pursues pleasure

A new book details the neurological mechanisms that regulate our desires 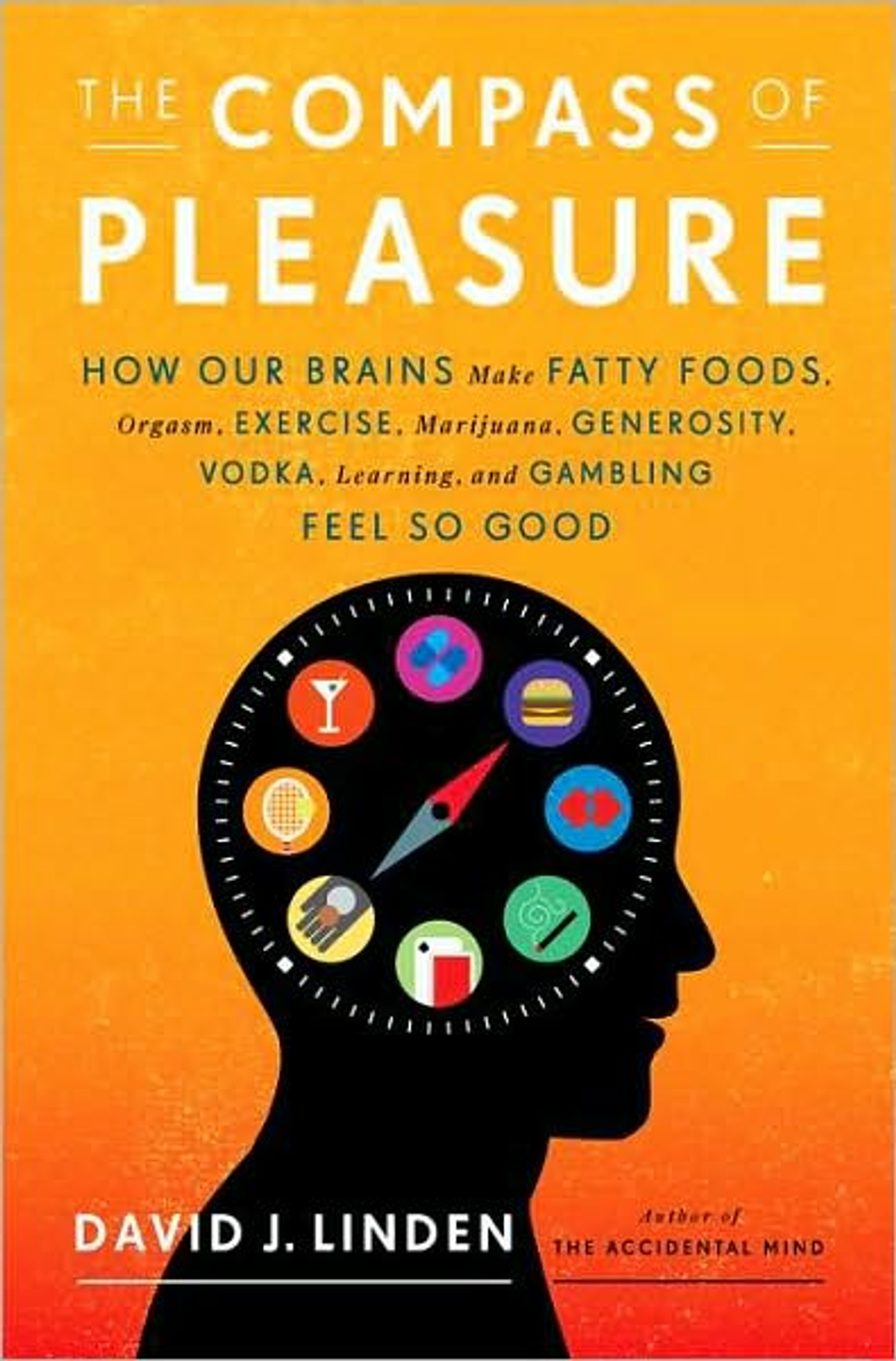 Human nature, at war for itself.

For centuries, that was the fundamental view of our interior life: a perpetual struggle between the brain -- the capital of rationality -- and the heart, the sloppy seat of passion.

A line from Ludacris' "Can't Live With You" voices this dilemma: "My mind says yes, but my heart says no" -- a conundrum whose lyrical ancestry runs from Shakespeare to Coleridge (Samuel T.) to Cole (Porter).

But that vexing civil war, with its shifting fields of victory and surrender, has actually never been waged with such crisp skirmishing. Indeed, the fact that we can't trust our brains to be sober assessors, that they are as lacking in objective vigilance as the untrustworthy heart, that they were wired by an ancient (and often amoral) electrician and are thus no longer entirely useful in a modern age, has become reasonably well known to the general reader.

Disciplines from neuroscience to behavioral psychology to evolutionary biology have created a new cranial transparency that's unleashed a gush of books like "Blink," by Malcolm Gladwell; "Sway: The Irresistible Pull of Irrational Behavior," by Ori Brafman and Ron Brafman; "Nudge: Improving Decisions About Health, Wealth and Happiness," by Richard H. Thaler and Cass R. Sunstein; and "The Upside of Irrationality: The Unexpected Benefits of Defying Logic and Work and at Home," by Dan Ariely. (I interviewed Dan about his book for the Barnes & Noble Review.)

David J. Linden, a professor of neuroscience at Johns Hopkins, and the author of "The Accidental Mind," adds to this emerging, solipsistic genre with "The Compass of Pleasure," a book that focuses entirely on how our brains pursue and process pleasure. He also has put forth a strong candidate for the Guinness record for winding subtitles: "How Our Brains Make Fatty Food, Orgasm, Exercise, Marijuana, Generosity, Vodka, Learning, and Gambling Feel So Good."

The one advantage of this self-conscious unspooling of wily juxtapositions is that it provides enough visibility into Linden's intentions that you can skip the rest of the book.

That might be too harsh, so let me back up and explain why I found the amped-up promise of this book to be ultimately disappointing. In his prologue Linden establishes his goal for the book, writing that he's seeking a "cross-cultural biological explanation" for pleasure that over-leaps "cultural anthropology or social history." His argument is that "most experiences ... that we find transcendent -- whether illicit vices or socially sanctioned ritual and social practices as diverse as exercise, meditative prayer, or even charitable giving -- activate an anatomically and biochemically defined pleasure circuit in the brain."

That would be exciting if it were at all new. But the existence of the medial forebrain pleasure circuit is reasonably settled neuroscience. At least that was my understanding. So to make sure this reviewer isn't stepping into areas where I am untrained (and unbrained) I turned to the global hive mind, Wikipedia, which reports:

It is commonly accepted that the MFB is part of the reward system, involving in the integration of reward and pleasure. Electrical stimulation of the medial forebrain bundle is believed to cause sensations of pleasure. This hypothesis is based upon intracrancial self-stimulation (ICSS) studies. Animals will work for MFB ICSS, and humans report that MRB ICSS is intensely pleasurable.

So it turns out that Linden's gauntlet is pretty gaunt. I'm sorry, but I have real trouble with a science writer who confuses a bold thesis with a mechanical summary, who writes with faux courage "In this book I will argue" when there is no argument. This isn't a cavil. You're a professor of neuroscience at Hopkins, dude. If you're writing a book that breaks no new ground but aggregates a lot of research and makes it understandable for the lay reader, then that's what your prologue should say.

Misleading expectations aside, "The Compass of Pleasure" does a workmanlike but uninspired job of condensing the current thinking about the ways in which our brains are wired for pleasure, the neurotransmitters that are part of this cascade of stimulation, and how this system provides a unified field theory of enjoyment that explains everything from sex to charitable giving to... well, you've already seen the tell-all subhead.

Linden's chapters are devoted to an exegesis of those themes, and they follow a familiar structure. He starts with some framing and then goes on to offer supporting details that lay out the biological basis for different flavors of desire. The opening chapter, "Mashing the Pleasure Button" -- which provides the neurological foundation for much of the book -- describes a 1953 experiment involving rats and pleasure. Researchers planted an electrode in the rats' brains that, when a lever was pressed, would deliver direct stimulation to their little rodent pleasure centers. Turns out the rats went positively bonkers. They would opt for the stim even when hungry or thirsty, even when presented with a female in heat, even when they had to skip across electrified floors.

The neuro-extension of this to human beings is clear, and Linden goes on to explain how the pleasure center is the Kremlin of desire, controlling our often self-immolating response to drugs and alcohol; sex; hunger; altruism; exercise -- as well as the basis of virtually all forms of addictive behavior. Linden grimly notes: "Sex addiction is very real, and it takes a terrible toll." (Note to editor: Being late with this piece enables me to tie the book to the antics of a well-known congressman for added reader relevance and #Twitter potential.)

Linden comes to us through the hip professor door; you can see a ponytail sneaking out in his author photo, and his blurb bio notes that he lives in Baltimore with his "two pleasure-seeking children." He salts his book with contemporary references to wake up the class, as in wondering if stimulation of the human brain produces "a crazy pleasure that's better than food or sex or sleep or even 'Seinfeld' reruns." (Not even the Soup Nazi episode is better than sex.)

It would have been interesting to hear what Linden has to say about a society -- and a consumer economy for that matter -- that are largely organized around the delivery of pleasure through shiny products, many of them battery operated, many of them with half-bitten Apples on them, that activate our pleasure centers. Are we being turned into docile slaves, controlled by corporate electrodes that keep us on the hedonic treadmill? I also would have liked for Linden to conduct some experiments of his own -- unlike other books of this kind, there is, notably, no self-generated research cited by the author -- for example, to see if all those anxious, greedy dopamine receptors light up when you're watching the polemicists of your choice on Fox or MSNBC. Yes, it's unfair of reviewers to slam a writer for the book they didn't write (even though it happens all the time.)

I wish I could have thought more highly of "The Compass of Pleasure." It's hard to criticize a neuroscientist, but what Linden has published is a rehash that's in denial of its own textbookishness. It's like he left five graduate students alone with a Google search box and some Red Bull. A few weeks later, what you've got is a collection of some well-known studies and generally accepted neurological frameworks; a basic accounting of the mechanism by which multiple addictions emerge from the same genetic characteristics; and some zoological salacity, as in the presence of male-to-male anal sex in sheep and giraffes. My pleasure center is not even amused.