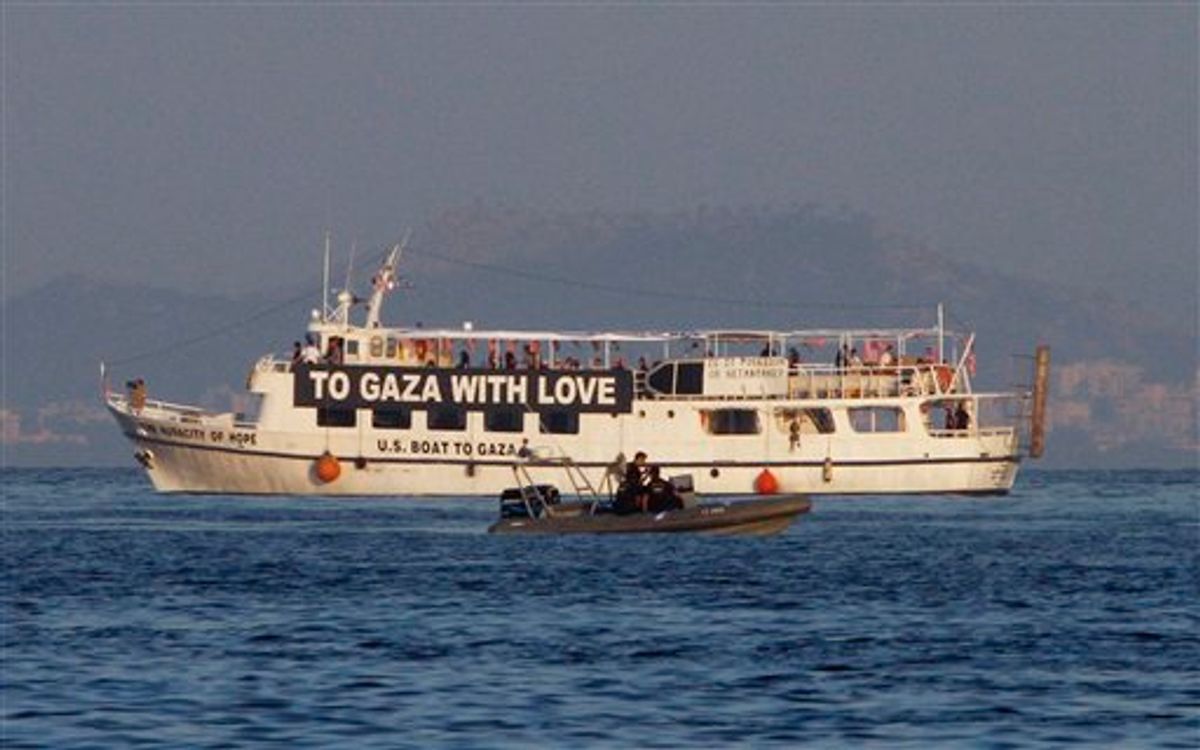 The activist run boat "Audacity of Hope" is escorted by the Greek coast guard in port of Perama, near Athens, Greece, Friday, July 1, 2011. Greece on Friday banned ships heading to the Gaza Strip from leaving Greek ports, and a vessel carrying several dozen American protesters which left port without permission was ordered to return. (AP Photo/Darko Bandic) (AP)
--

Organizers of a Gaza-bound flotilla say they have not abandoned their plans despite a Greek government ruling that bars vessels from leaving Greek ports for the Palestinian territory.

Flotilla organizer Dimitris Plionis said Sunday that there would be "some action" at the beginning of the week, but he did not specify what the pro-Palestinian activists were planning to do.

Several hundred protesters say they want to breach Israel's sea blockade of Gaza and deliver aid to the Palestinians, but the Greek restrictions, announced Friday, were a major setback. Israel has said it will thwart any attempt to reach Gaza by sea.